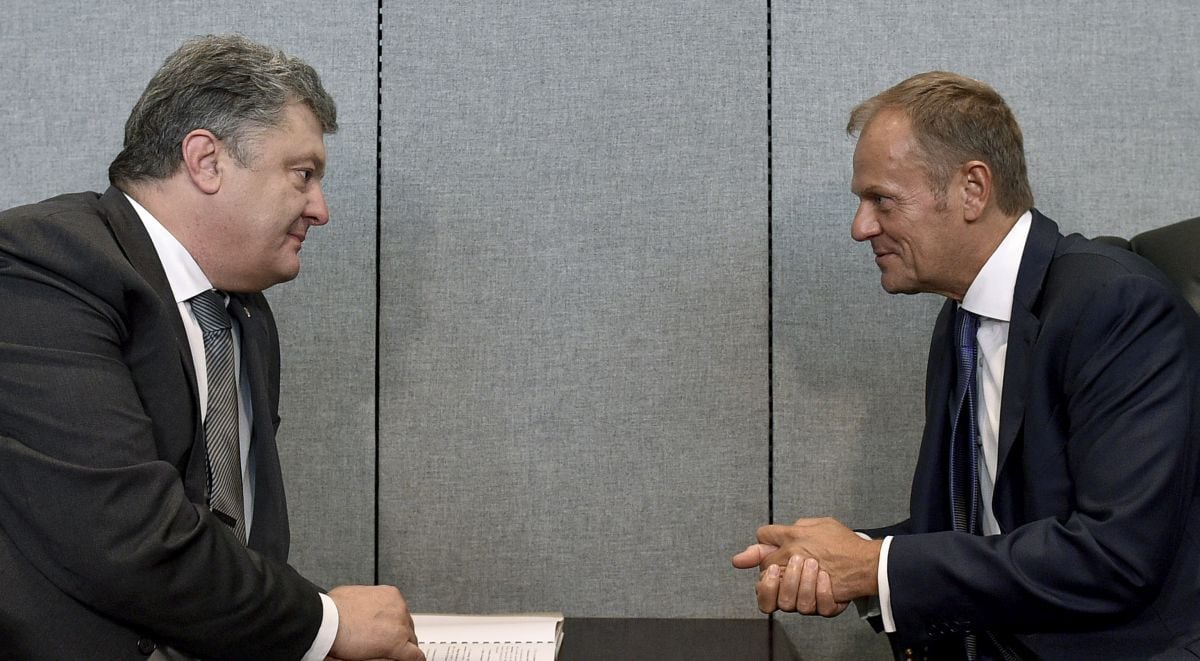 The parties discussed the situation in Donbas and coordinated positions on the Ukrainian initiative to deploy the UN peacekeeping mission in the occupied Donbas, the press service reported.

The Ukrainian president thanked Donald Tusk for the decision to continue sanctions against Russia, earlier imposed over Moscow's actions against Ukraine's sovereignty.

Read alsoUkraine hopes for EU's greater help in release of hostages in Russia, Crimea – PoroshenkoSpecial attention was paid to the issue of Crimea's de-occupation.

The parties also discussed preparations for the Eastern Partnership Summit that will take place in Brussels in November.

If you see a spelling error on our site, select it and press Ctrl+Enter
Tags:CrimeaPoroshenkoUkrainesanctionsTuskmeetingEUCouncilUNGA