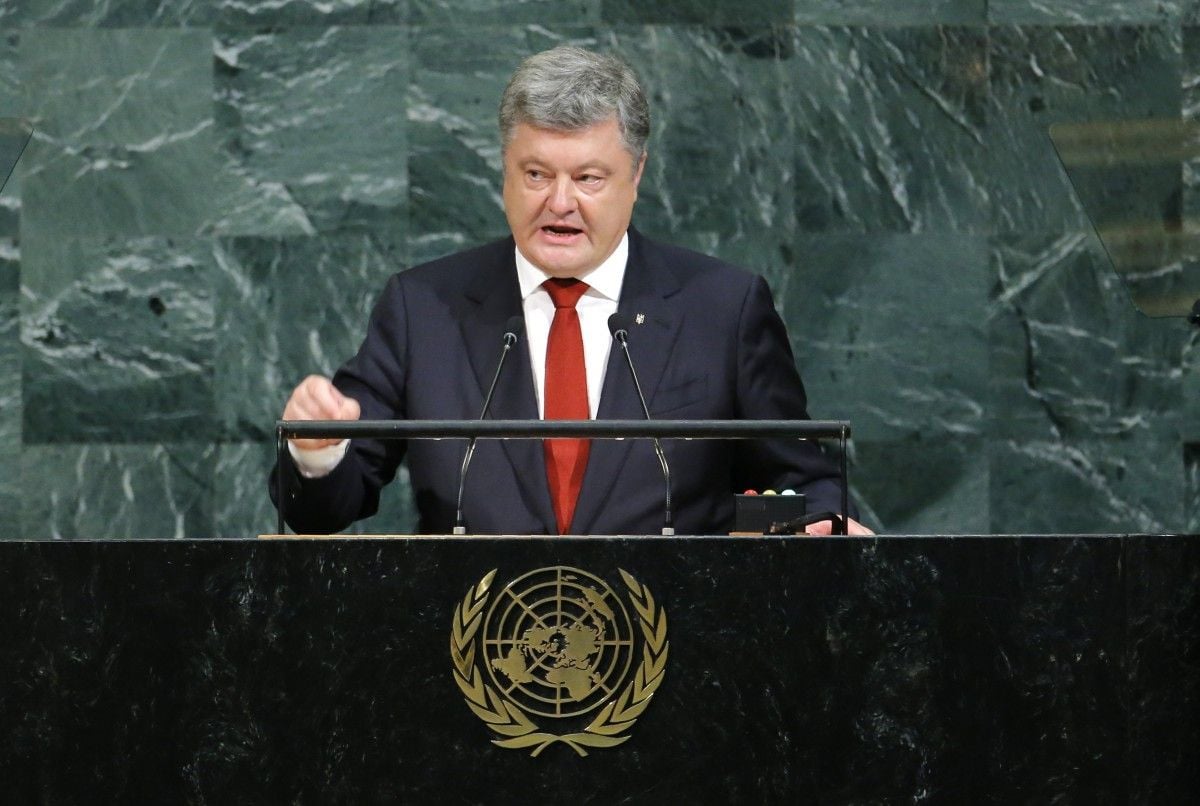 "Russia is not a contributor to international security, but its biggest threat," he said during the general debates of the 72nd United Nations General Assembly session in New York City on Wednesday, September 20.

Read alsoNATO official says Donbas conflict already "frozen""Just think about it. Stealing other nations' land… kidnapping people… conducting a hidden war…downing a civilian aircraft… spreading lies globally – is this the kind of behavior we expect from a permanent Security Council member?" he wondered.

According to Poroshenko, Russia is, perhaps, the only country in the world that has conflicts – hot, frozen or potential – with almost all its neighbors nowadays.

If you see a spelling error on our site, select it and press Ctrl+Enter
Tags:RussiaPoroshenkosecuritythreatUNGA