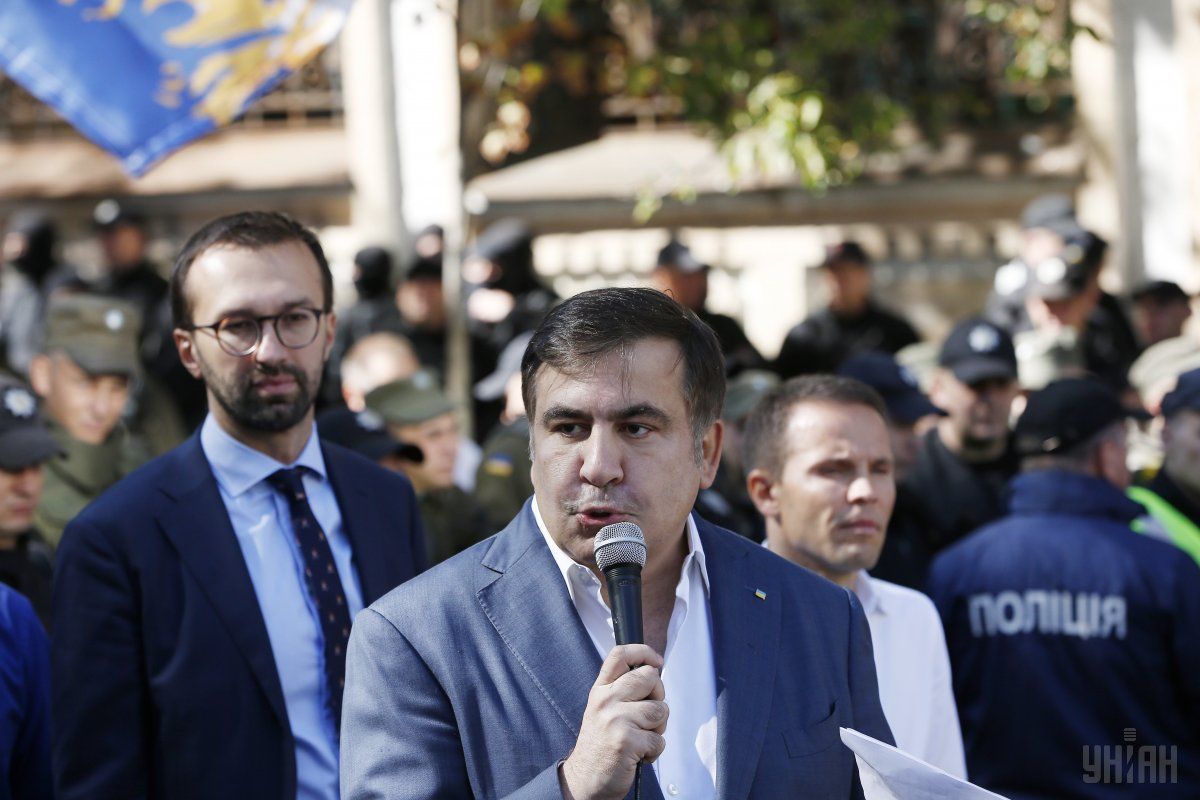 "Mikheil Nikolozovych Saakashvili has been found guilty of illegally crossing the state border of Ukraine," Judge Yuriy Bilous read out the verdict on Friday, September 22.

In keeping with the ruling, Saakashvili must pay a fine worth 200 non-taxable minimum sums (UAH 3,400), TSN said.

This court decision may be appealed in a higher court.

Saakashvili wrote on Facebook on September 22 he couldn't attend the court session because he would not cancel planned meetings "with the people in Cherkasy" in central Ukraine.

Ukrainian Prosecutor General Yuriy Lutsenko said on September 16 that those who helped bring Saakashvili across the border would face criminal charges but would not be arrested.

Saakashvili is facing extradition at the Georgian authorities' request. However, Lutsenko said: "Saakashvili will not be arrested in this case, Saakashvili cannot be extradited from this country while he has a residence permit or other document that he has filed."

If you see a spelling error on our site, select it and press Ctrl+Enter
Tags:bordercourtverdictSaakashvilicrossing