Poroshenko-Trudeau meeting in Toronto under way 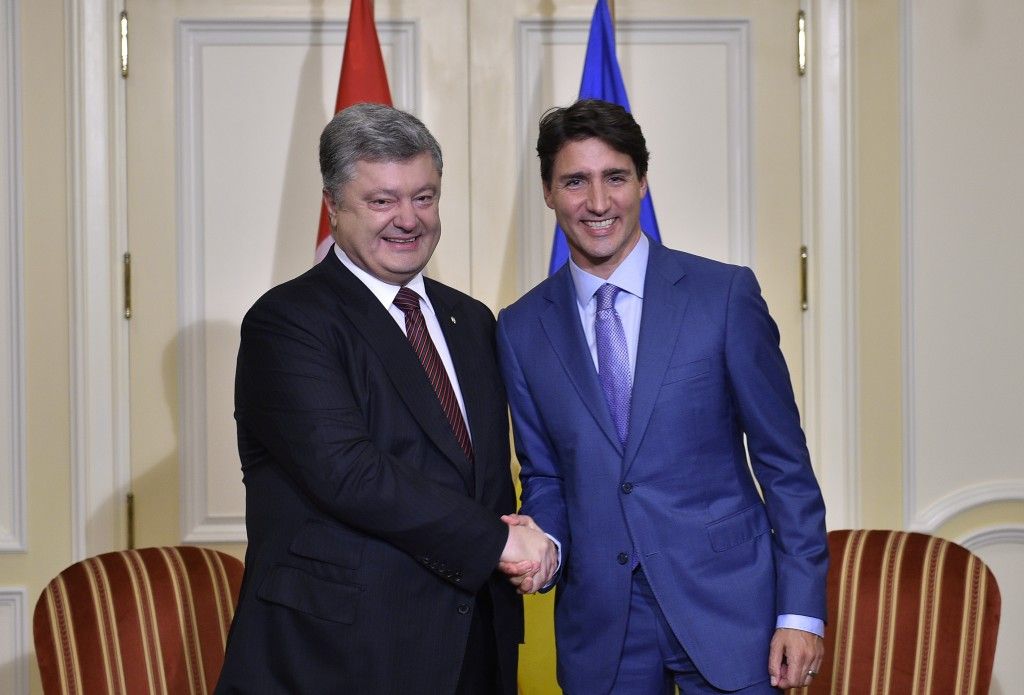 Poroshenko, who arrived in Canada on a working visit, thanked for hospitality and Canada's clear stance in support of the sovereignty, territorial integrity and independence of Ukraine, the press service said.

"A friend in need is a friend indeed. We always feel Canada's support, including in security and defense policy," the Ukrainian president said, reminding that Canadian instructors and military are engaged in training of Ukrainian soldiers.

The president also thanked the Canadian side for reforms.

In turn, Trudeau noted that the current talks were a good opportunity to discuss key issues of Ukrainian-Canadian cooperation – an economic and security situation. "Canada is making its contribution to the military training operations in Ukraine against the illegal invasion of Russia," he said.

The Canadian prime minister added: "We are friends with you, our countries are friends. And this is a good chance to honor the wounded soldiers who are taking part in the Invictus Games."

Thanks for support! @ukrcancongress and all Ukrainian diaspora in Canada- you are amazing!#IAM#InvictusGamesTeamUkraine#IG2017pic.twitter.com/dFUemuiYVM

If you see a spelling error on our site, select it and press Ctrl+Enter
Tags:PoroshenkoCanadaTrudeauInvictusGames