West needs to get real on Ukraine - media 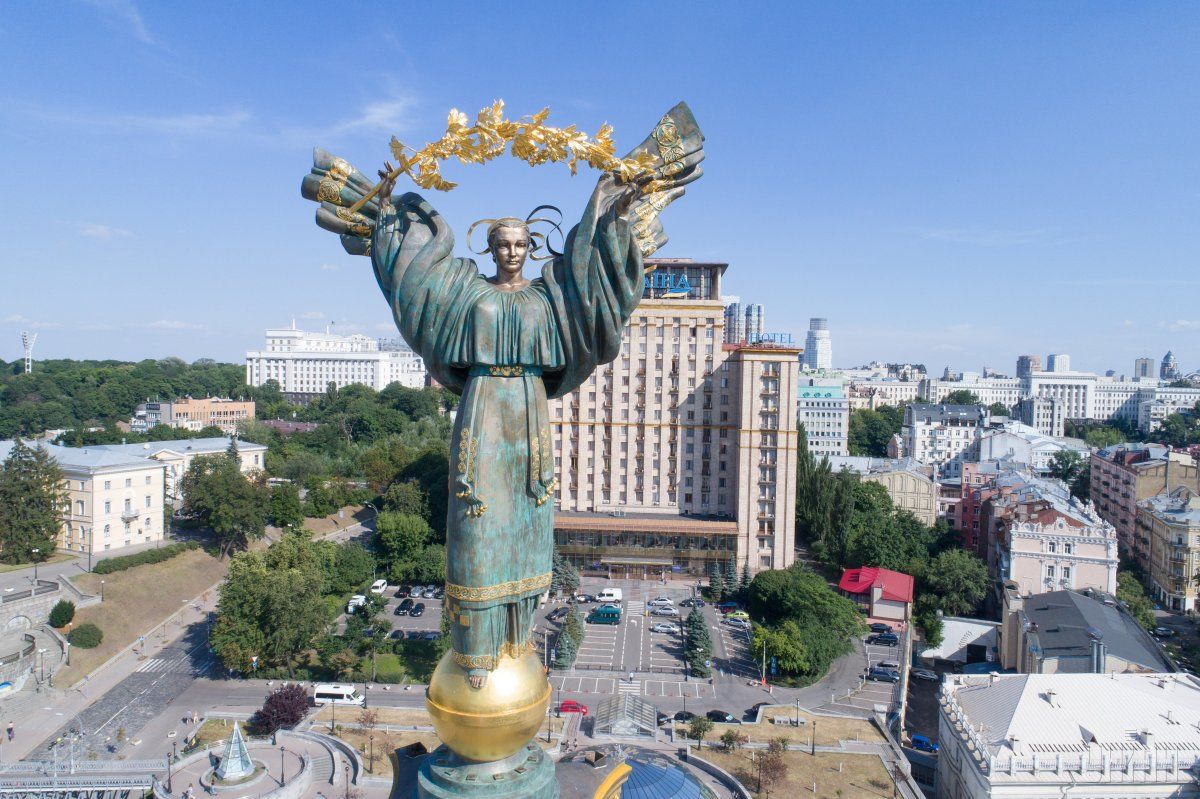 The expectations that Ukraine becomes a utopia set a very high bar to meet. The bar is so high, in fact, that it could not possibly be met even by wealthy western nations that have enjoyed peace and stability, Roman Sohn and Ariana Gic wrote in an op-ed for EUObserver.

Expecting the impossible meant that criticism of Ukraine's 'failure' to swiftly undertake sweeping social change was inevitable. In recent months, a mounting wave of criticism of the Ukrainian government has flooded the media in Ukraine and abroad, reads the op-ed published by EU Observer.

Unfortunately, these criticisms are often unreasonable, ignoring the reality of what can be achieved under even ideal circumstances, the vast difficulties of conducting reforms, the time required for meaningful institutional change to occur, and the challenge of reform during war time.

It is a war which includes a massive information assault to discredit the Ukrainian state, unrestrained hate propaganda to dehumanise Ukrainians, unprecedented economic pressure, political subversion, intimidation of Ukrainian citizens by kidnappings, unlawful prosecution, terrorist attacks, and military invasion on its territory.

Defending against an enemy like Russia is a gargantuan and all-consuming task on its own.

Read alsoUpdated: Ukraine's military prosecutors see subversive activity in Kalynivka ammo depot blasts (Photos, video)It is hard to imagine that any country in Ukraine's position would focus on anything other than the crucial goal of winning the war. Given the gross political, economic, and social instability Russia's war creates, it would be prudent to focus on fighting the enemy before pursuing the significant task of comprehensive reforms.

It is essential to build long-lasting institutional change. For this to successfully occur, reforms must be carefully considered, crafted, and implemented.

None of this can be achieved at the wave of a magic wand, and there is no ideal blueprint for Ukraine to emulate in order to become an overnight success story. It would be tragic to force fast change at a high cost to society only to see it unravel quickly, and discredit the country's pro-Western political course.

Massive rapid changes also risk government instability. Exposing the government to political attacks regarding its social policies seems like a very risky proposition at a time of war - there are simply no reforms that make everyone happy, and populists and opportunists know that better than anyone.

Reforms in exchange for a supportive Western alliance against Russia's invasion appears to have become the informal understanding forged between the West and Ukraine's political class.

The "win the war by reform" approach is a comfortable position for the West. It is often repeated that pursuing the course of "winning the war by reforming the country" will strengthen Ukrainian state institutions, including the army.

Read alsoRussia not to go for concessions on Donbas: StratforIt is argued that a well-functioning liberal democracy with limited corruption will be more resilient to Russian aggression, and that a more successful Ukraine will win the hearts and minds of the people in Ukraine's occupied territories, leading to protests that would undermine Russia's control and force Moscow to give up the occupied land.

Yet the "win the war by reform" mantra collapses under the weight of the uncomfortable truth of reality: solid "non-corrupt" institutions of liberal Western democracies do not appear to be more capable of fending off Russian attacks any better than their "unreformed" Ukrainian counterparts.

Some critics go as far as trivializing the monumental challenge Ukraine's government is facing, saying that the ongoing war with Russia is nothing but an excuse to slow down or avoid reforms.

Some even shamefully claim that the war is in the interest of Ukraine's elites. It seems not to matter to those commentators that their indefensible position perfectly aligns with the narrative of Kremlin propaganda, which seeks to weaken international support for Ukraine.

It is also wise to remember that not all who march under the banners of "de-oligarchization" or "anti-corruption" actually intend to achieve such goals. The recent history of Ukraine teaches this lesson unambiguously.

Read alsoPM Groysman upbeat about Ukraine's future economic growth, invites investorsCarrying the flag is not equal to bearing its values. Sometimes, it is just a cover, as it is for those paid or funded by oligarchs who pretend to fight oligarchy and corruption.

Criticism coming from politically biased groups should not be accepted without reservations.

The West should not allow itself to be dragged into agendas advancing the interests of politically self-interested parties at the expense of stability in the country.

The West can help Ukraine by fully acknowledging the truth about Russia's war and putting democratic values above shortsighted business interests in dealing with Putin's Russia.

The fact is, reforms in Ukraine are underway. Despite many doomsday predictions about Ukraine's downward trajectory, external indicators of success are apparent.

It is time for the West to get real about Ukraine, the authors say.

Read alsoUkrainian officials circle wagons around education reform amid barrage of criticism - mediaThe progress of reforms needs to be acknowledged, and praised where deserved, especially as Ukraine pursues some impressive innovations regarding government transparency in public procurement, asset declarations, and access to public information, to name but a few.

If positive changes are not acknowledged, the loud criticism by populists will drown out and devalue all reformist efforts.

Ukraine is expected to pursue reforms ahead of defending its sovereignty. Under these circumstances, the least the West can do is manage its expectations of those reforms, helping Ukraine ensure it can walk its path towards a thriving democracy free from Russia's oppression, the authors conclude.

If you see a spelling error on our site, select it and press Ctrl+Enter
Tags:UkraineRussianAggressionreformWest