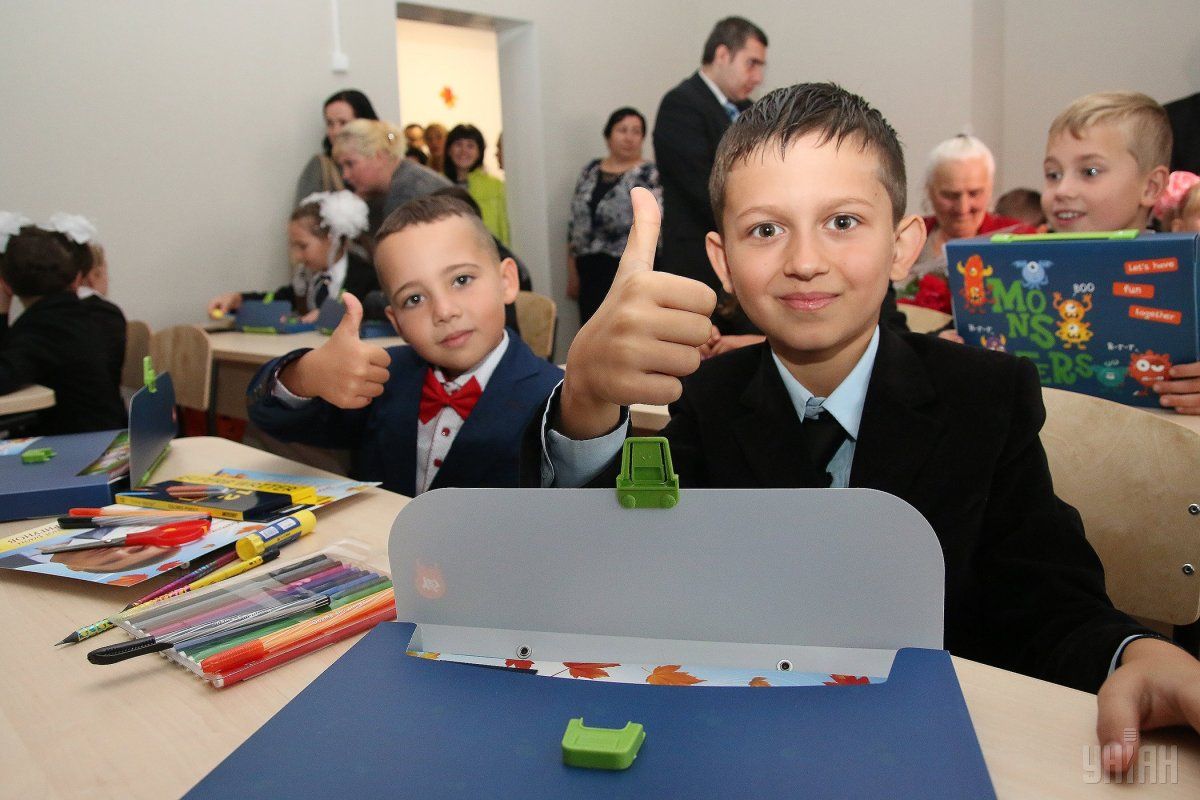 "Given the new opportunities offered by the reform, we would like to see that the children be able to achieve decent command of both languages in schools for national minorities. It's about the scope of language learning, about the quality of teachers, the approaches and methods of teaching, and it's about textbooks," Minchev said, according to the press service of the Ministry of Education and Science of Ukraine.

Read alsoUkraine education ministry comments on Russia’s hysterical statement over education lawHrynevych said that the Ministry was and remains open for cooperation with the good friends and partners of Ukraine.

"The scope of learning the native language, as well as the list of subjects that will be taught in this language will be determined individually for each national minority. Such issues are approved at the Cabinet level," said Hrynevych.

She went on to say that before it is accomplished, "we must work together and come to a common understanding".

Read alsoUkraine’s education minister "disappointed" with Hungary’s will to block Kyiv’s path to EU, says will hold talks with counterpart"I propose that we create a joint working group that will work comprehensively on the curriculum for the Bulgarian minority, publishing textbooks, and training for teachers. If we do this together with your experts, we can come to a common action plan and see developments much sooner, which will help us improve the quality of education in Ukrainian schools with the Bulgarian language of instruction," the minister said.

The parties also agreed that to achieve success in introducing innovations in schools with the Bulgarian language of instruction, it is necessary to consult with representatives of the minority from different regions of Ukraine. The ambassador invited the minister to attend on October 11 a roundtable with the participation of all communities.

Read alsoUkraine's education minister: No closure of schools for ethnic minorities under new lawThe Ministry of Education and Science recalled that Article 7 of the Law "On Education" regarding the language of instruction in Ukraine had already been submitted to the Venice Commission for the assessment.

On October 6, a meeting is scheduled between Minister Hrynevych and Secretary General of the Council of Europe Thorbjorn Jagland, where the parties are to discuss the issue of examination and implementation of Article 7 (language clause) of the Law "On Education".

Read alsoHungary, Romania set to take joint action against Ukraine over Kyiv's new education lawPersons who belong to the indigenous peoples, national minorities of Ukraine, who have started to receive general secondary education before September 1, 2018, shall continue to receive such education by September 1, 2020, in accordance with the rules enforced before the new law becomes effective, with a gradual increase in the number of classes taught in Ukrainian.

In turn, the Ministry of Education and Science of Ukraine assured that the language provisions of the new law did not violate the European Charter for Regional or Minority Languages and the Framework Convention for the Protection of National Minorities.

Hungarian Foreign Minister Peter Szijjarto announced his country's intention to block any further rapprochement between Ukraine and the EU over the language row.