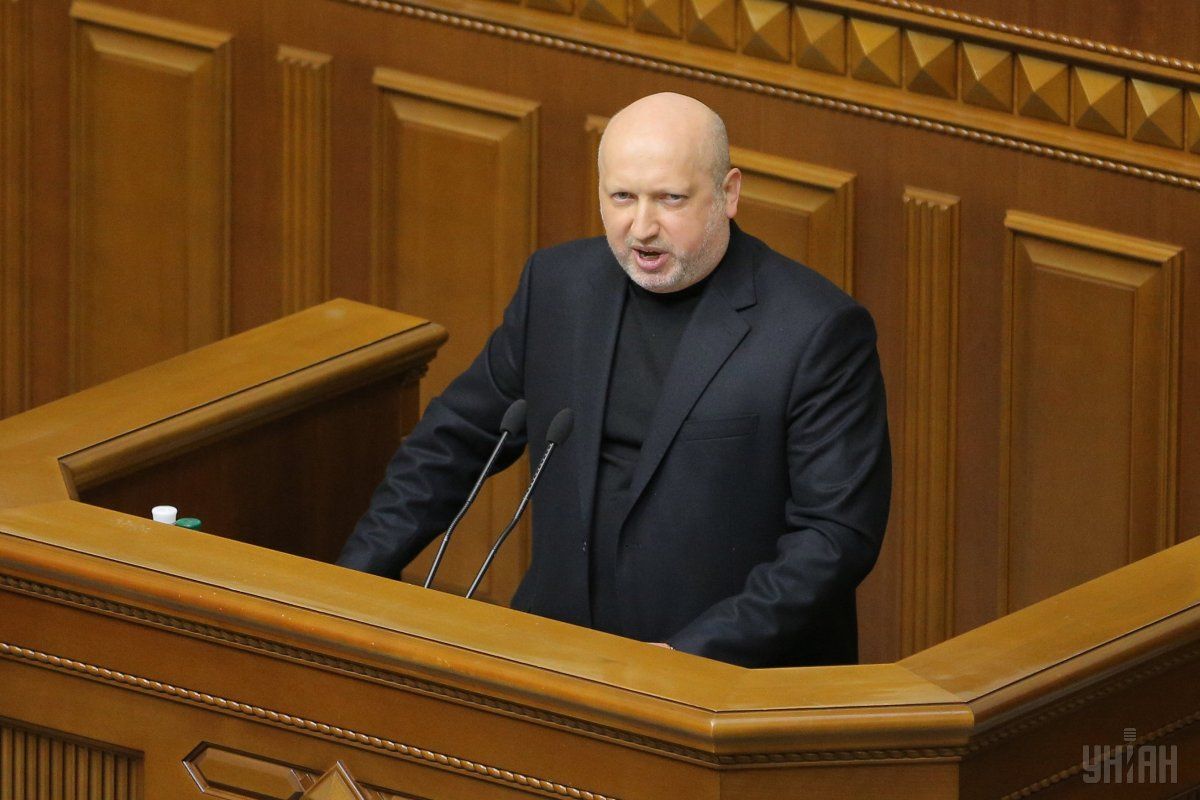 "Now about the use of our Armed Forces. Dear colleagues, stop reading Facebook, read the law! There's a clearly limited area of application of the Armed Forces by the president, and that's Luhansk and Donetsk regions, aimed at the liberation of the occupied territories," Turchynov said.

Read alsoRada recognizes Russia aggressor state as Donbas reintegration bill passes 1st readingIt is worth noting that immediately after Turchynov's address and directly during the vote for the presidential bill on Donbas reintegration, MPs from the Svoboda Party again set up a scuffle in front of the parliament rostrum.

However, the attempts to hinder the voting process have failed as the Rada passed the bill in its first reading.

If you see a spelling error on our site, select it and press Ctrl+Enter
Tags:DonbasPoroshenkoUkrainelimits