Ukraine, Turkey to coordinate actions in protection of rights of Ukrainians in Crimea 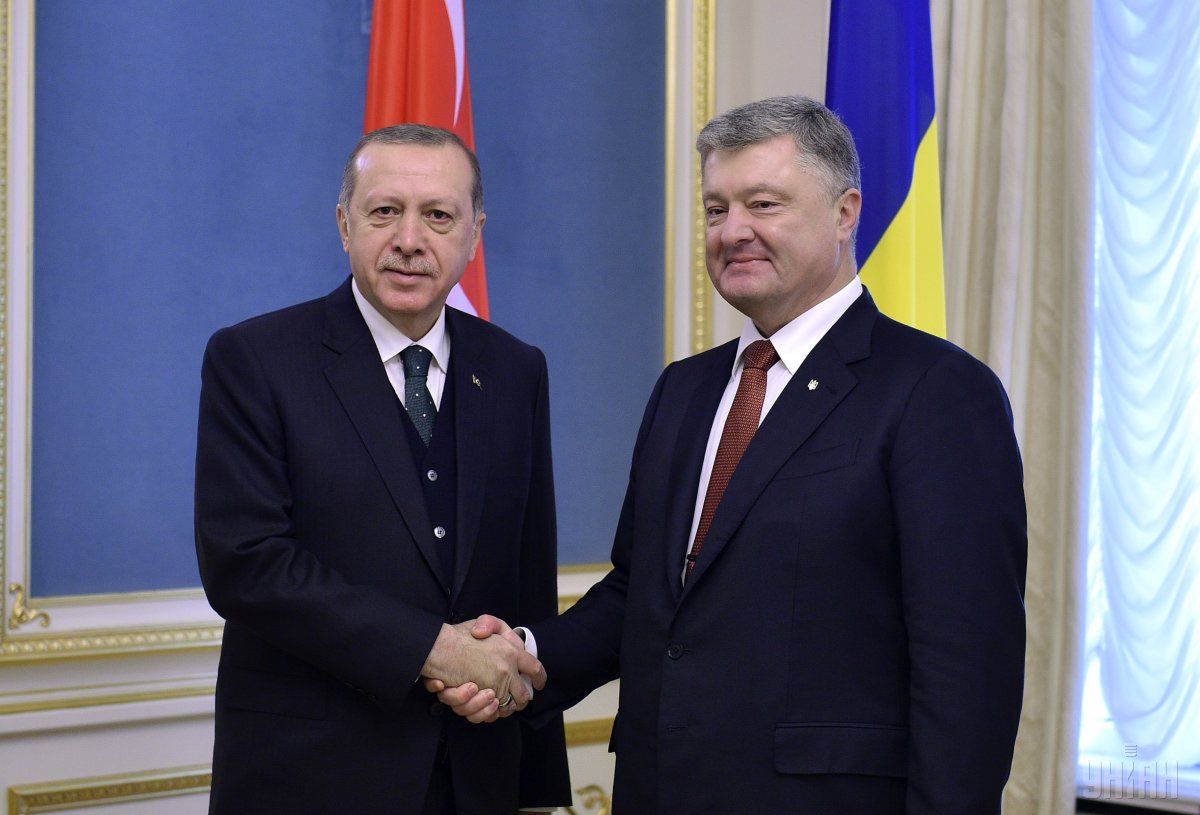 “Unfortunately, despite all peace initiatives and efforts, including in the framework of the Normandy format, the aggression of the Russian Federation against Ukraine continues, as well as the occupation of the Ukrainian Crimea. Together with President Erdogan, we noted the inadmissibility of the situation in the field of human rights in Crimea, which is constantly deteriorating because of the repressive actions of the occupation authorities,” Petro Poroshenko noted at the press conference following the negotiations.

According to him, searches and arrests, harassment and persecution, intimidation and displacement of all who disagree with the occupation or policy of the invaders, became commonplace in the occupied Crimea. The Crimean Tatar community and representatives of the Mejlis of the Crimean Tatar people became the object of special harassment on the peninsula. Akhtem Chyigoz, Ilmi Umerov, Mykola Semena – the list of the victims of political repression is being replenished all the time,” the Head of State emphasized.

Read alsoPoroshenko-Erdogan talks extend to 3 hours“Today, we agreed to coordinate our actions in the protection of the rights and freedoms of Ukrainians in Crimea in the framework of international mechanisms, including monitoring ones,” Petro Poroshenko informed.

The Head of State stressed that Russia should restore respect for international law, comply with the provisions of UN General Assembly resolution 71/205 of December 19, 2016, as well as the interim measures introduced in April 2017 by the decision of the International Court of Justice.

“We also count on the involvement of Turkey in the international group of friends of the Crimean de-occupation, the idea of which I voiced from the United Nations rostrum in New York,” the President noted, adding that Russia's attempts to legalize occupation are, in one way or another, doomed to failure, since everyone in the world understands that international law must be respected.

Read alsoUkraine, Turkey agree to increase trade turnover to $10 blnIn his turn, President of Turkey Recep Tayyip Erdoğan emphasized: "Ukraine is a key country in the issue of peace and stability of our region". He added that during the talks, an agreement was reached on coordination of actions between our countries in the issue of ensuring security of the Black Sea region.

“I reaffirmed Mr. Poroshenko that Turkey will continue to support sovereignty and territorial integrity of Ukraine, including Crimea, as well as political consolidation. We did not recognize and do not recognize the illegal annexation of Crimea,” the President of Turkey stressed.

Read alsoRFE/RL: European lawmakers to consider resolution on 'rights abuses' in CrimeaRecep Tayyip Erdoğan noted that the problem could be solved only on the basis of international law and emphasized the importance of steps in the diplomatic and legal field.

He also stressed that Turkey's greatest desire is that the conflict in east Ukraine will be completed as soon as possible and added that in this context he supports the Minsk process.

If you see a spelling error on our site, select it and press Ctrl+Enter
Tags:CrimeaPoroshenkoUkraineErdoganTurkeyRussianAggression