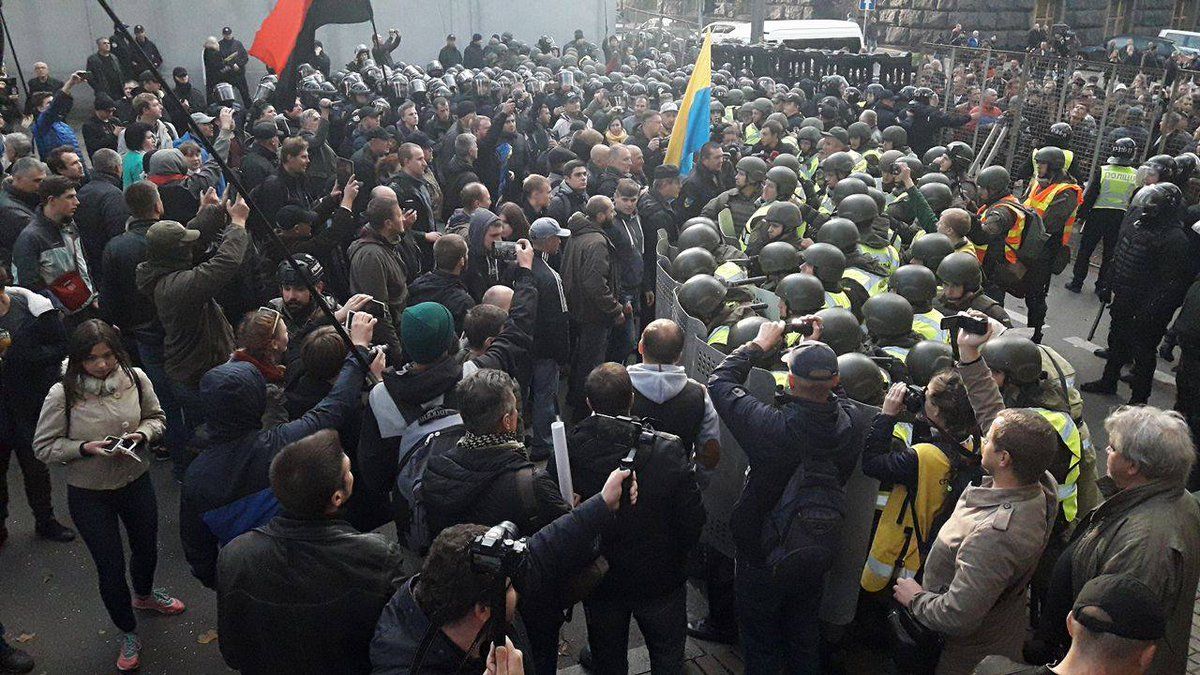 Some national guardsmen headed from the Parliament building to the intersection of the said streets to help police officers block the passage. At that moment, a few young men with faces covered began to beat the guardsmen. Another part of the activists started to break the metal fences installed near the metal frames and fight with the police.

A police officer was injured as well. He was lying on the pavement, while his nose was bleeding. The medical staff provided him with help.

Read alsoProtesters might attempt to storm Rada using thunderflashes – Interior MinistryAs UNIAN reported earlier, on October 17, thousands of people rallied in the center of Kyiv demanding the removal of parliamentary immunity, changes in electoral legislation, and the creation of an anti-corruption court. 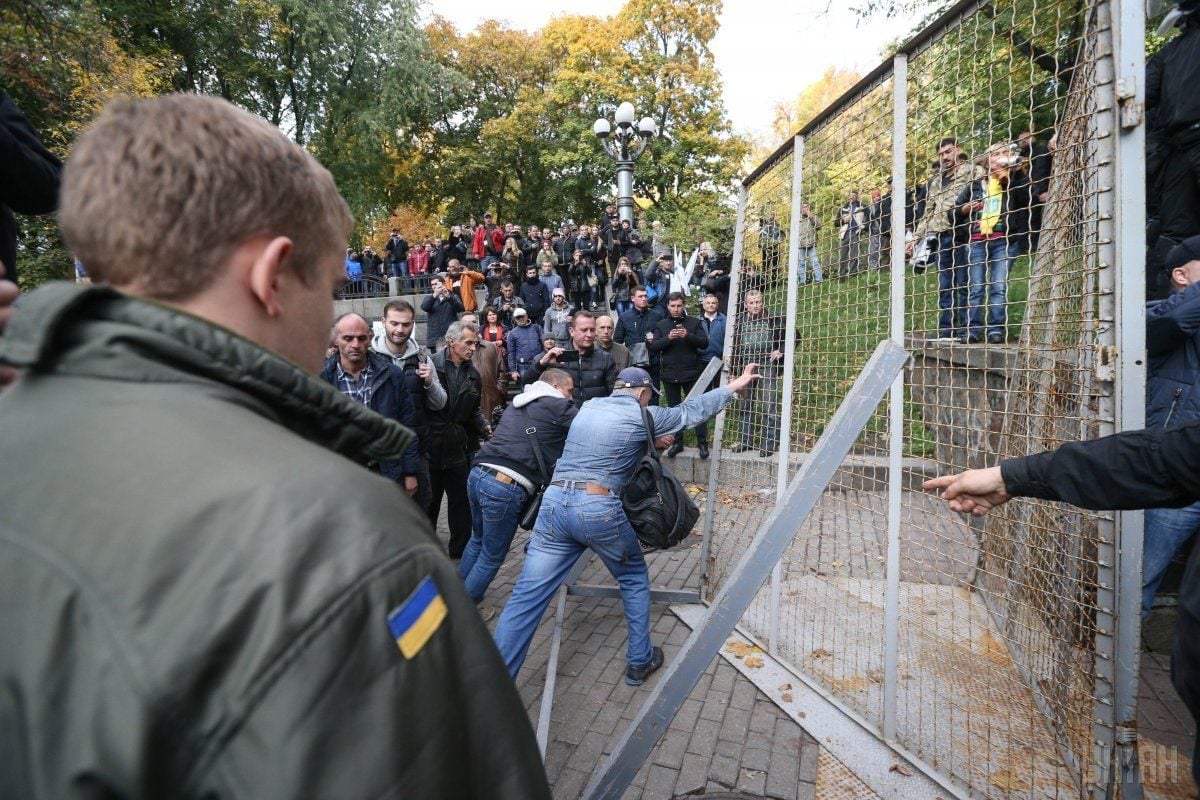 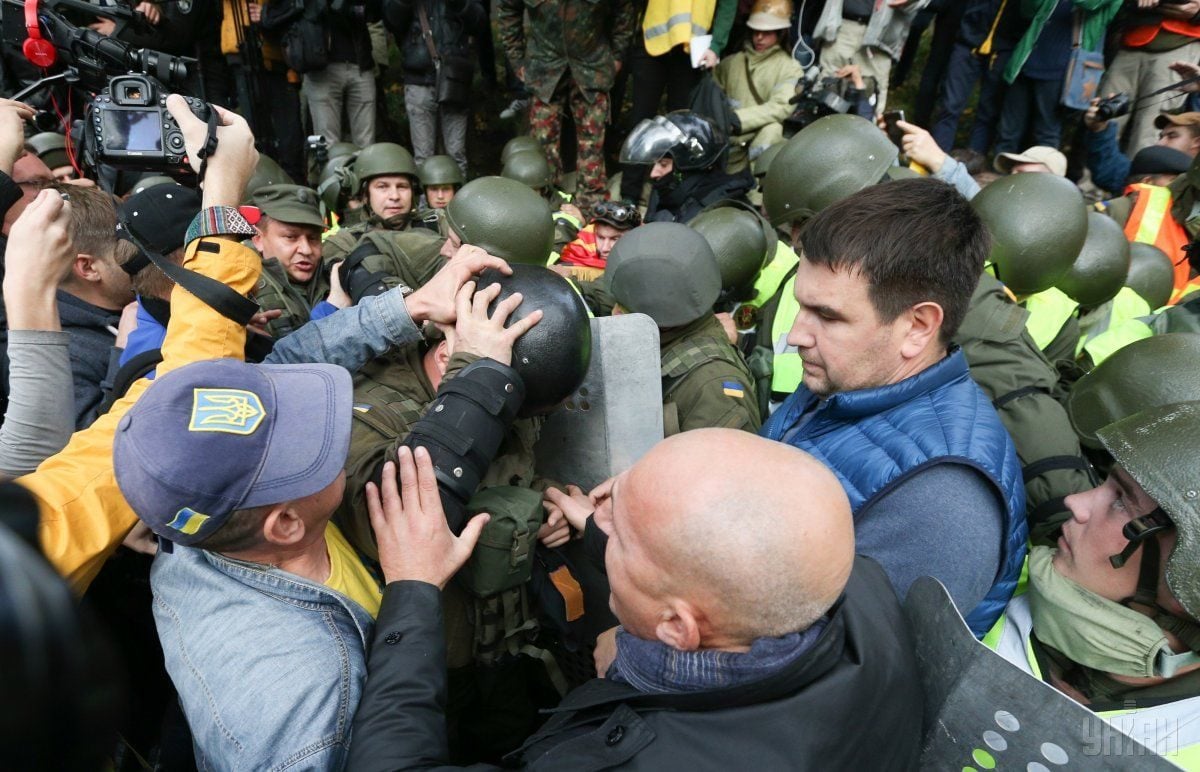 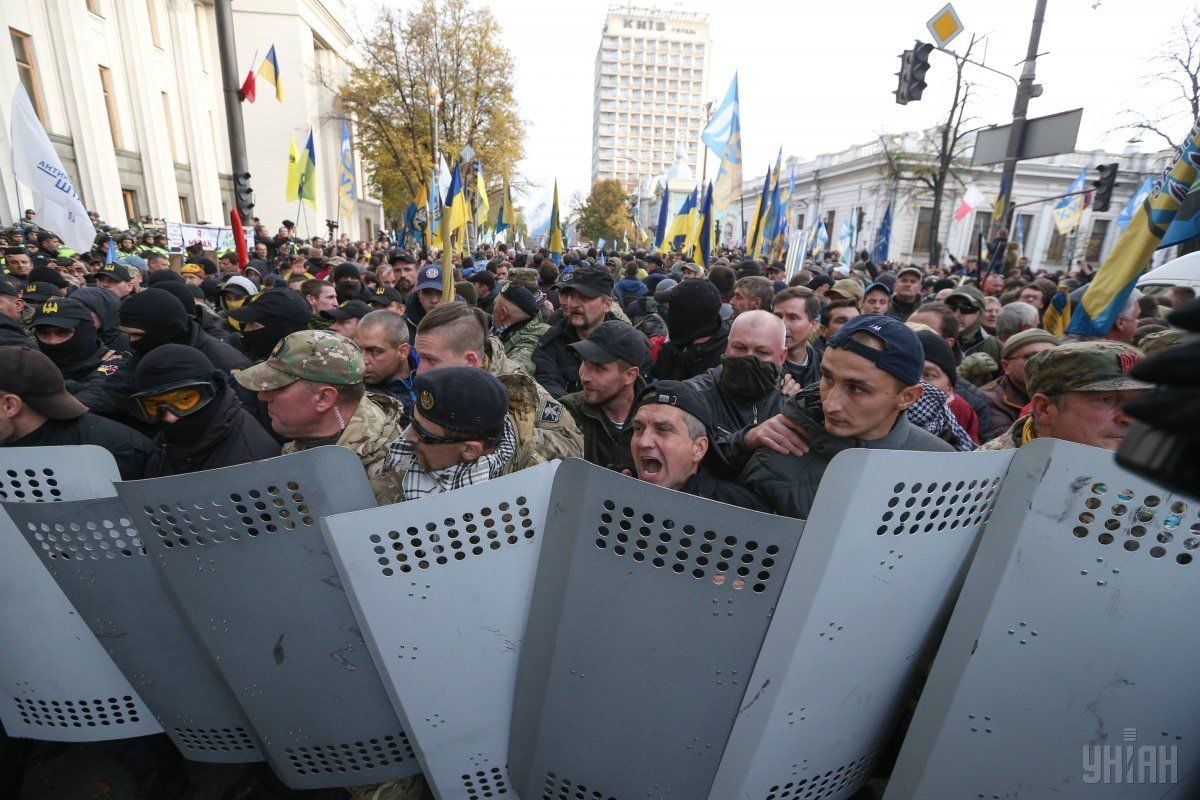 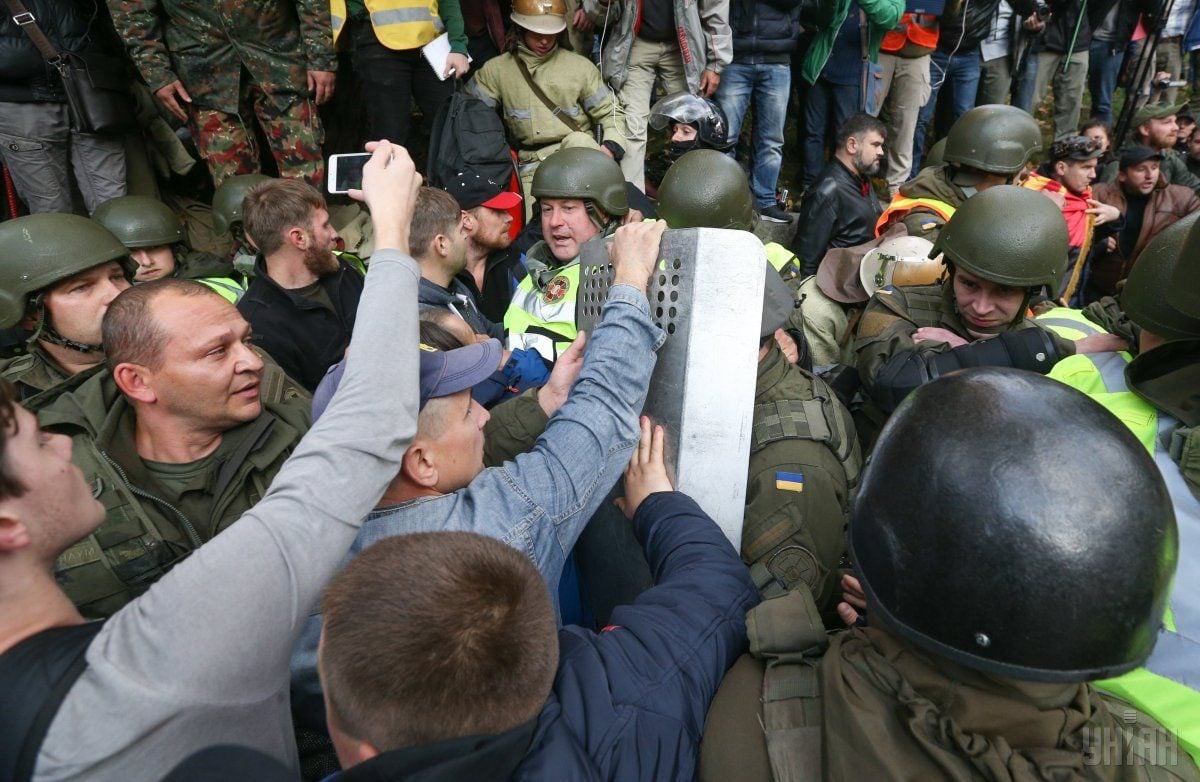 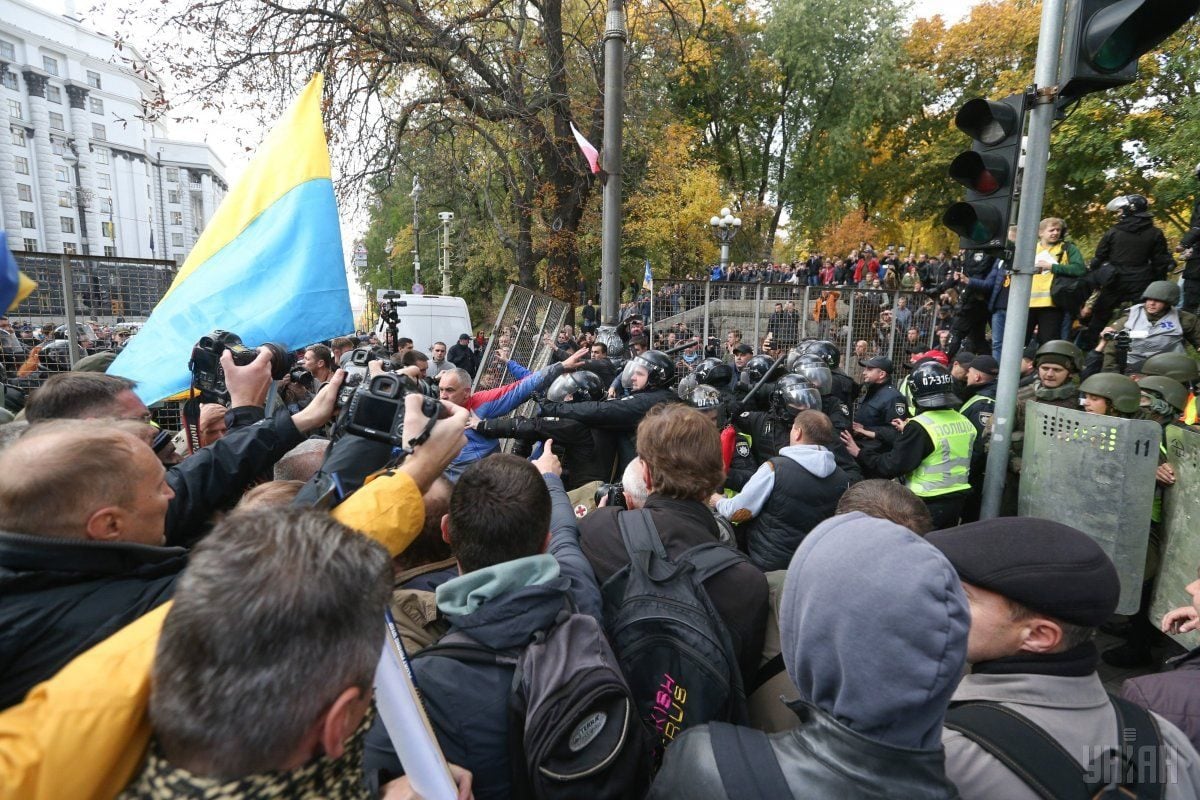 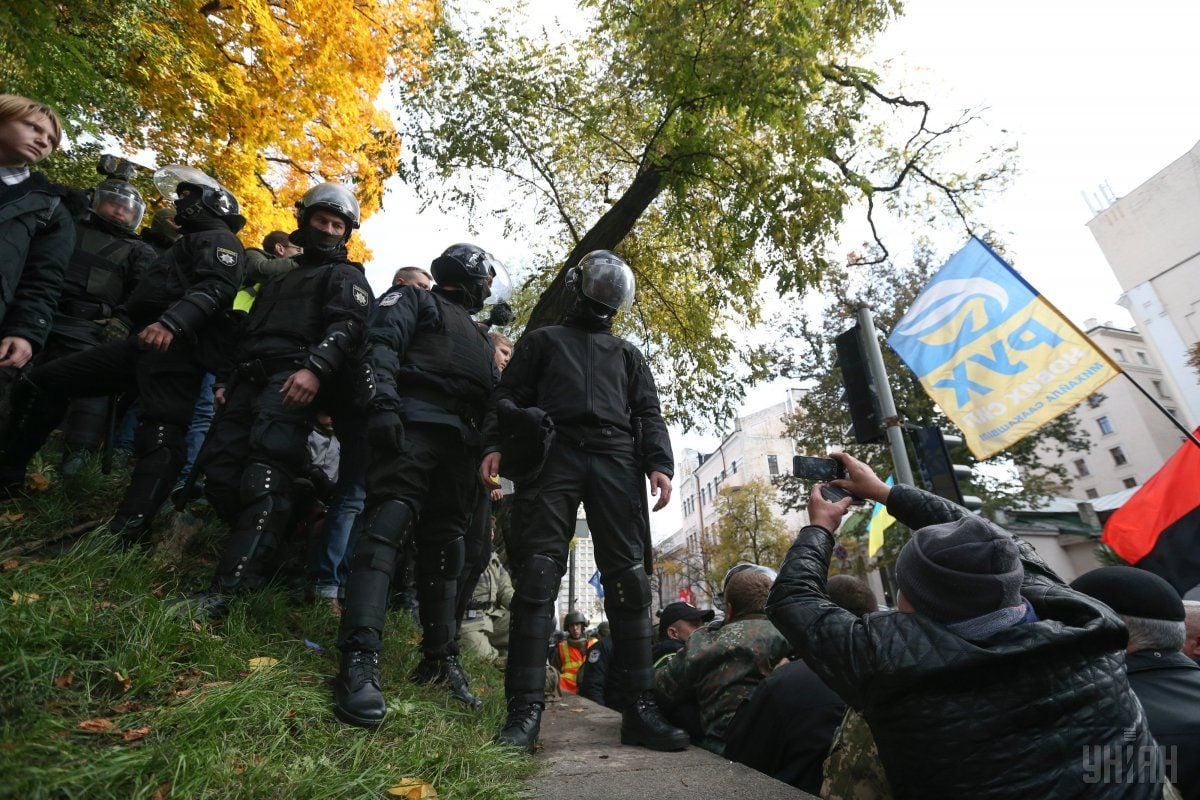 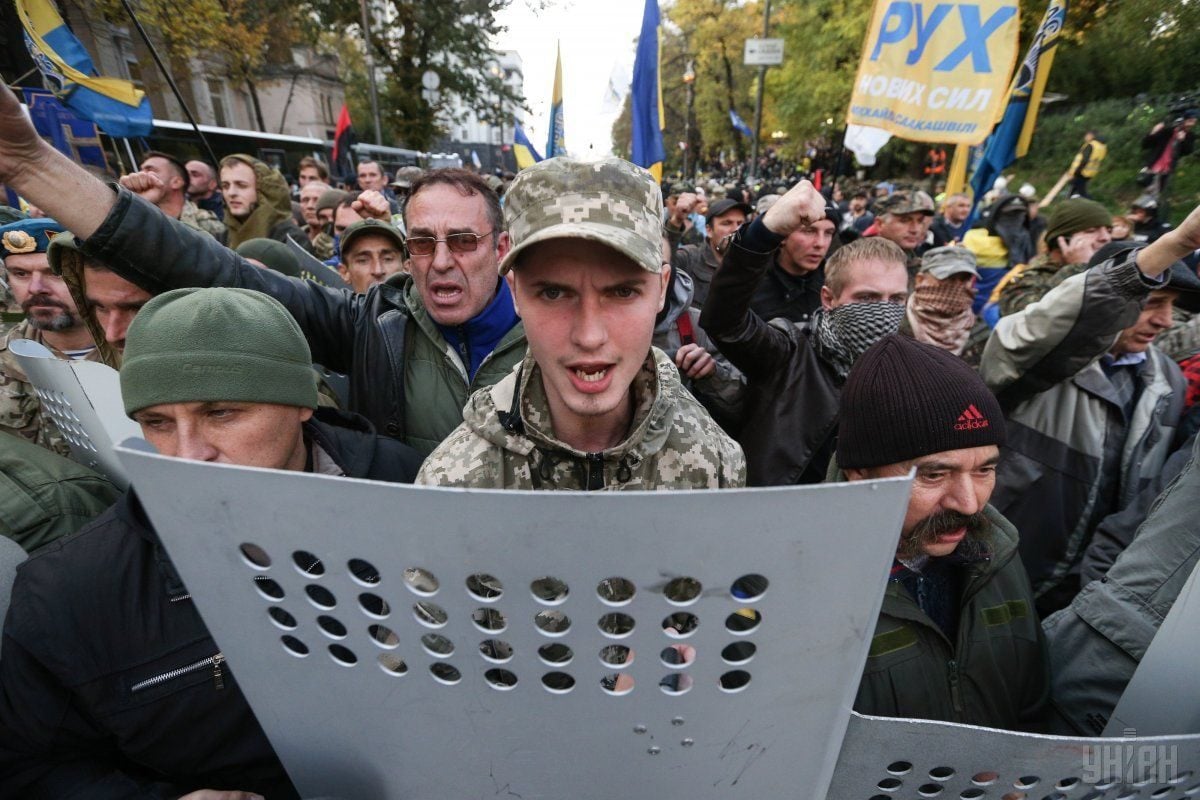 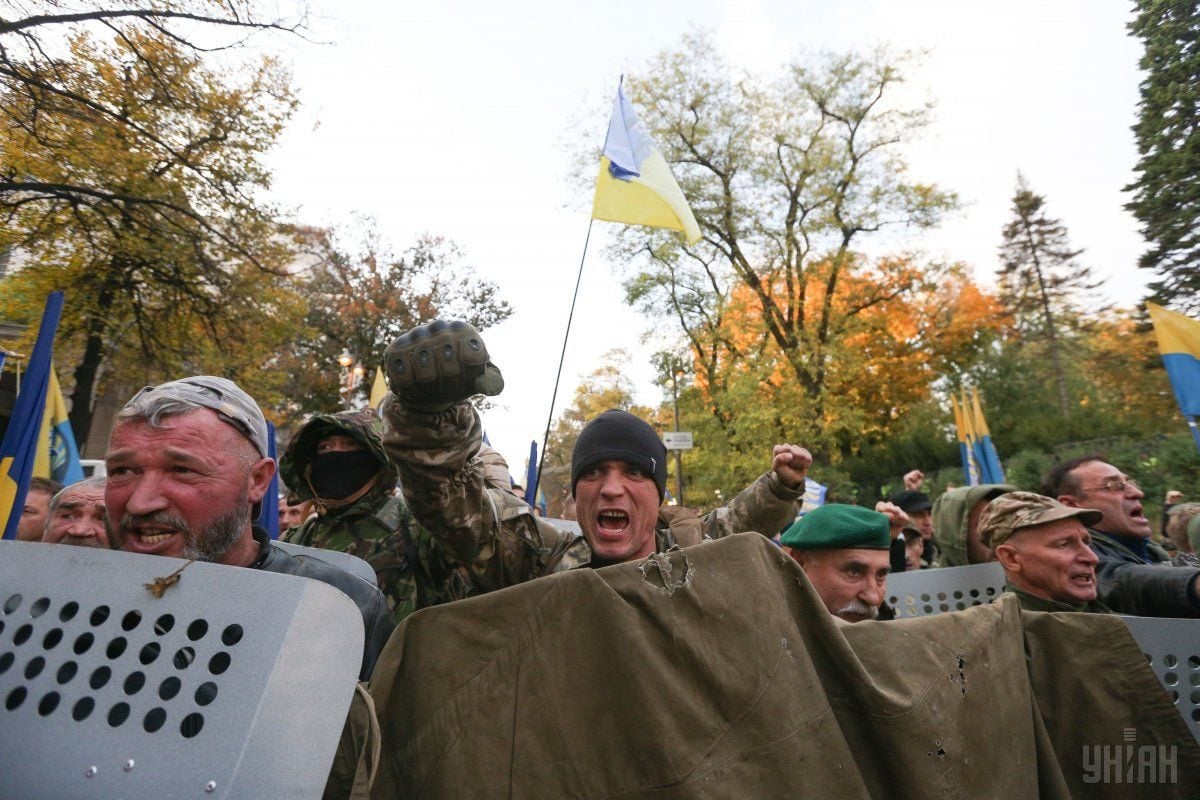 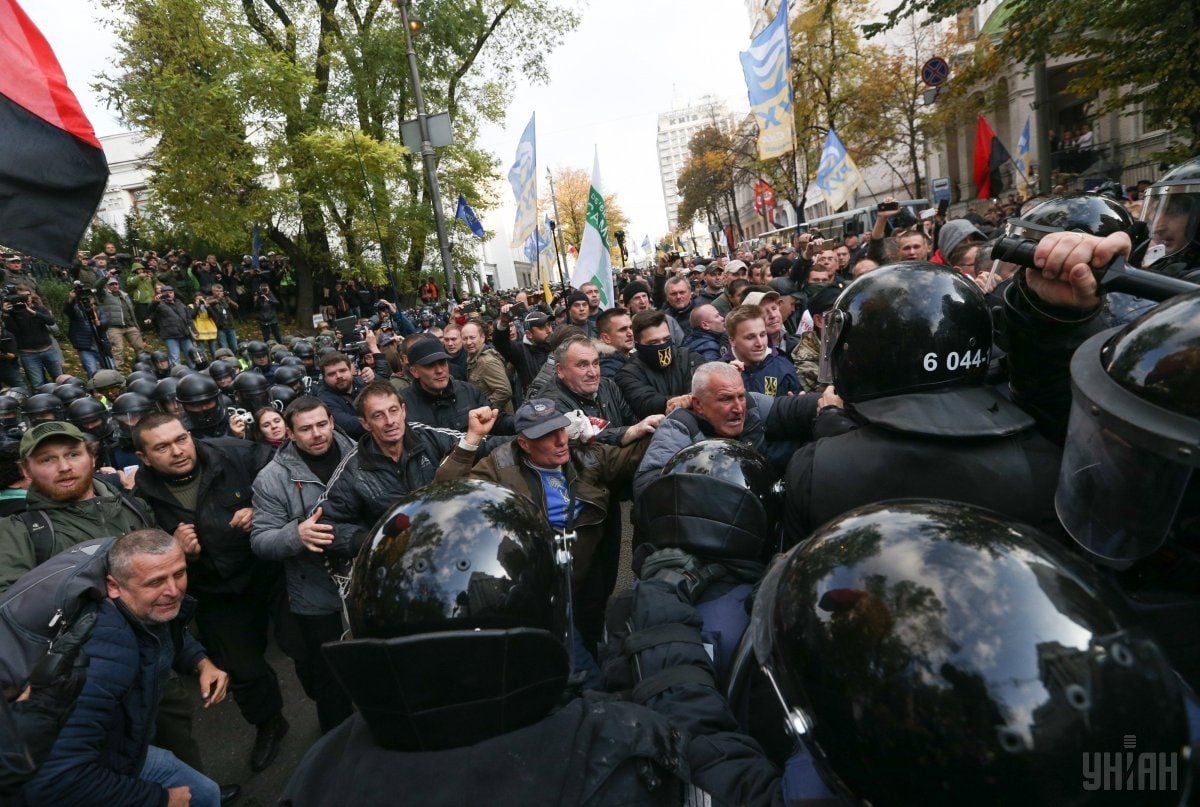 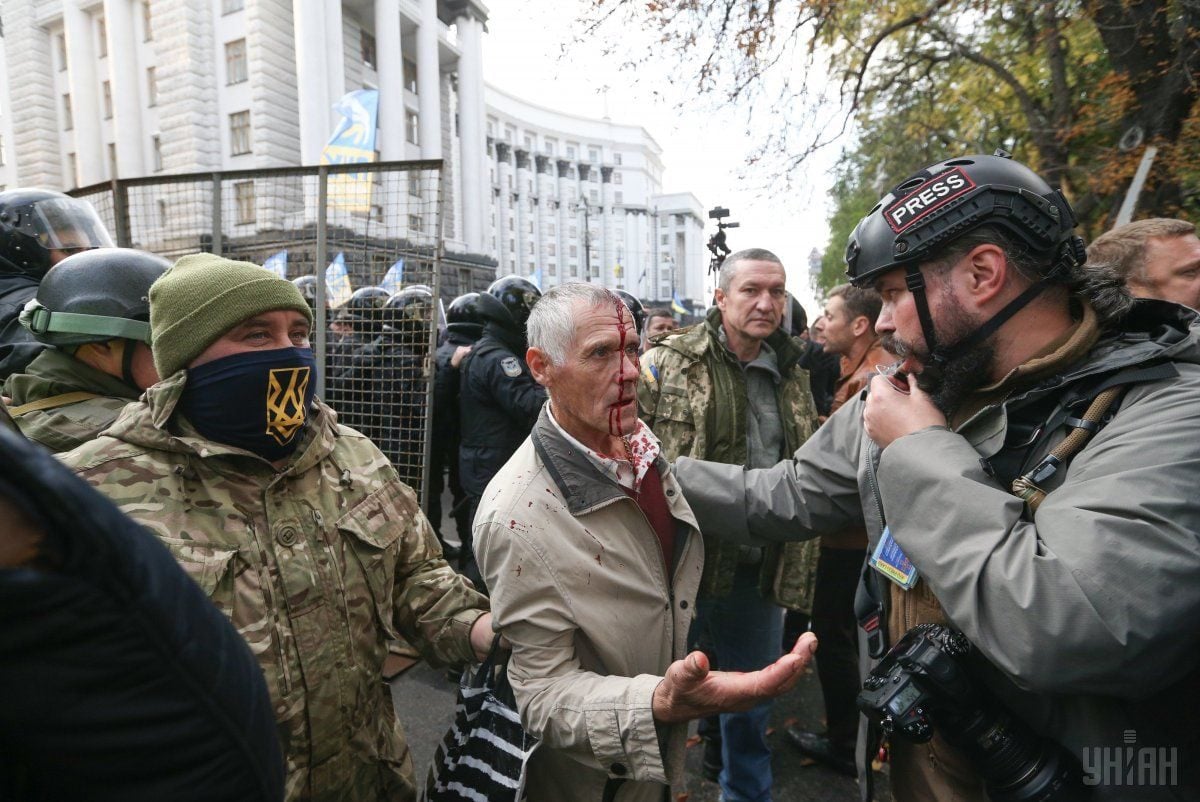 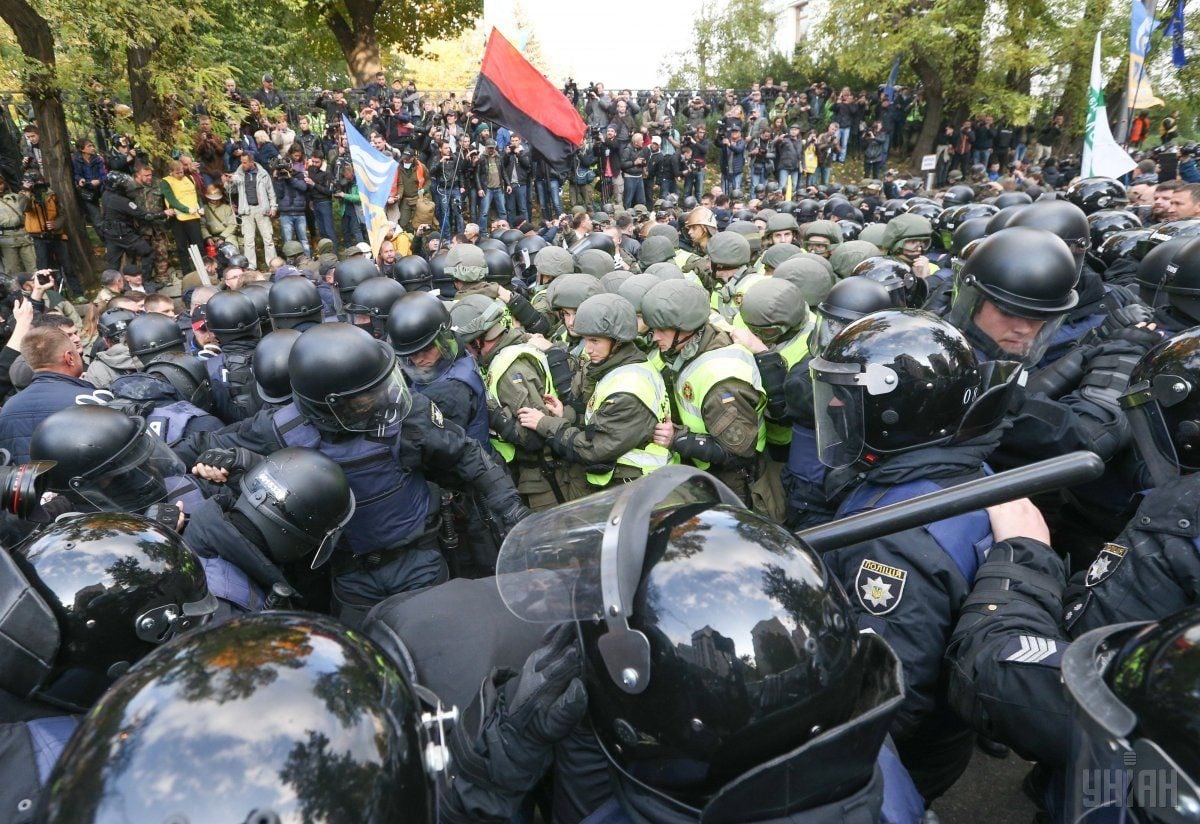 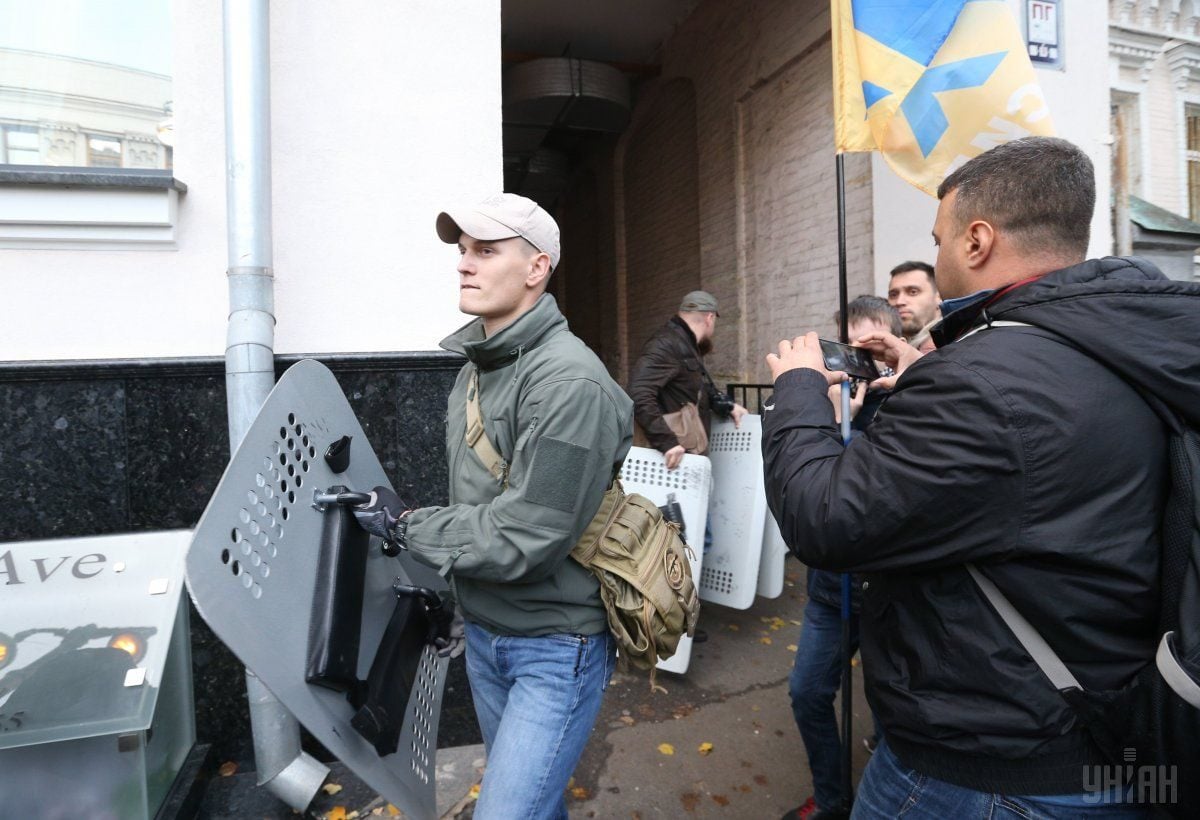 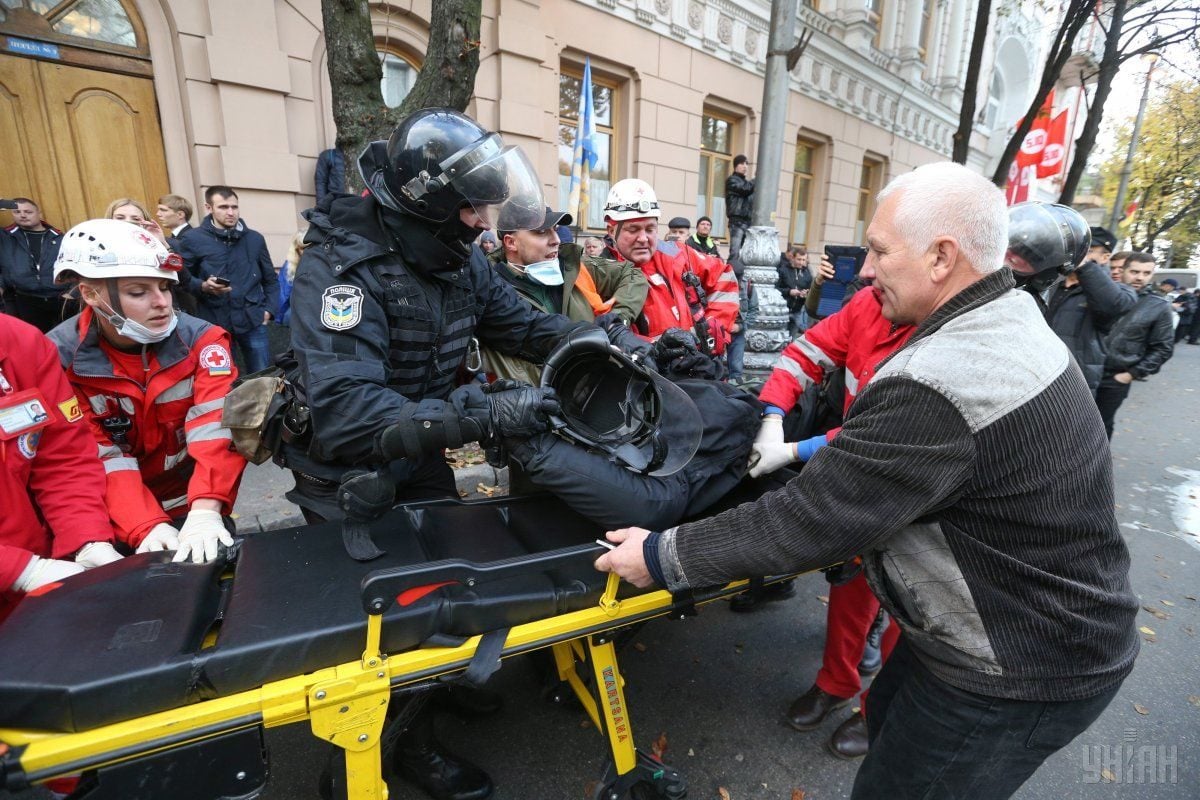 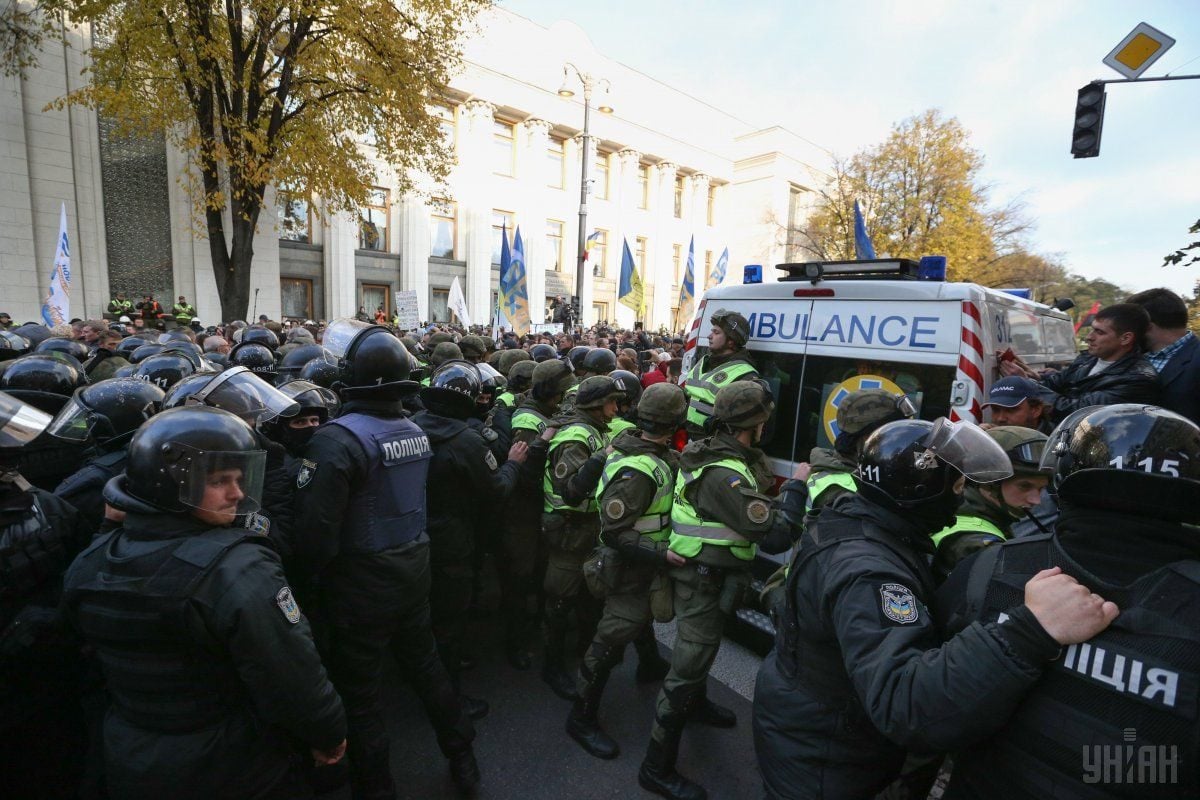 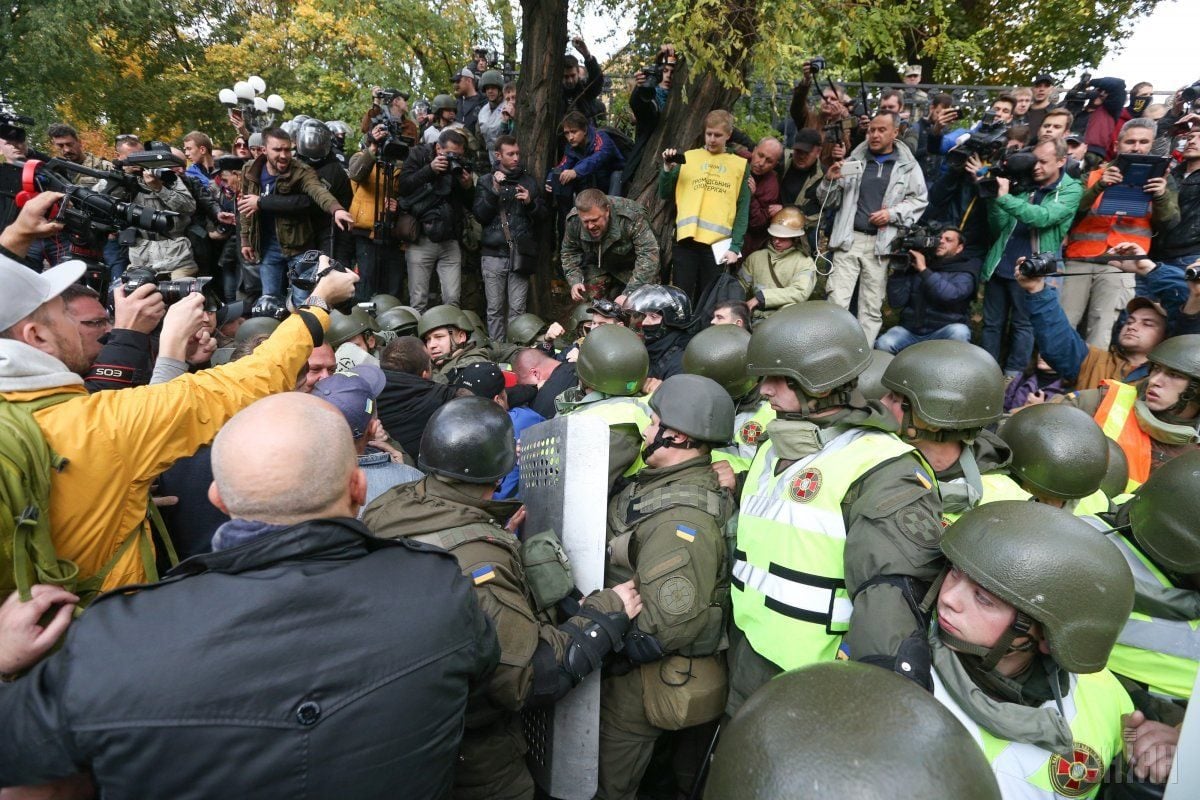 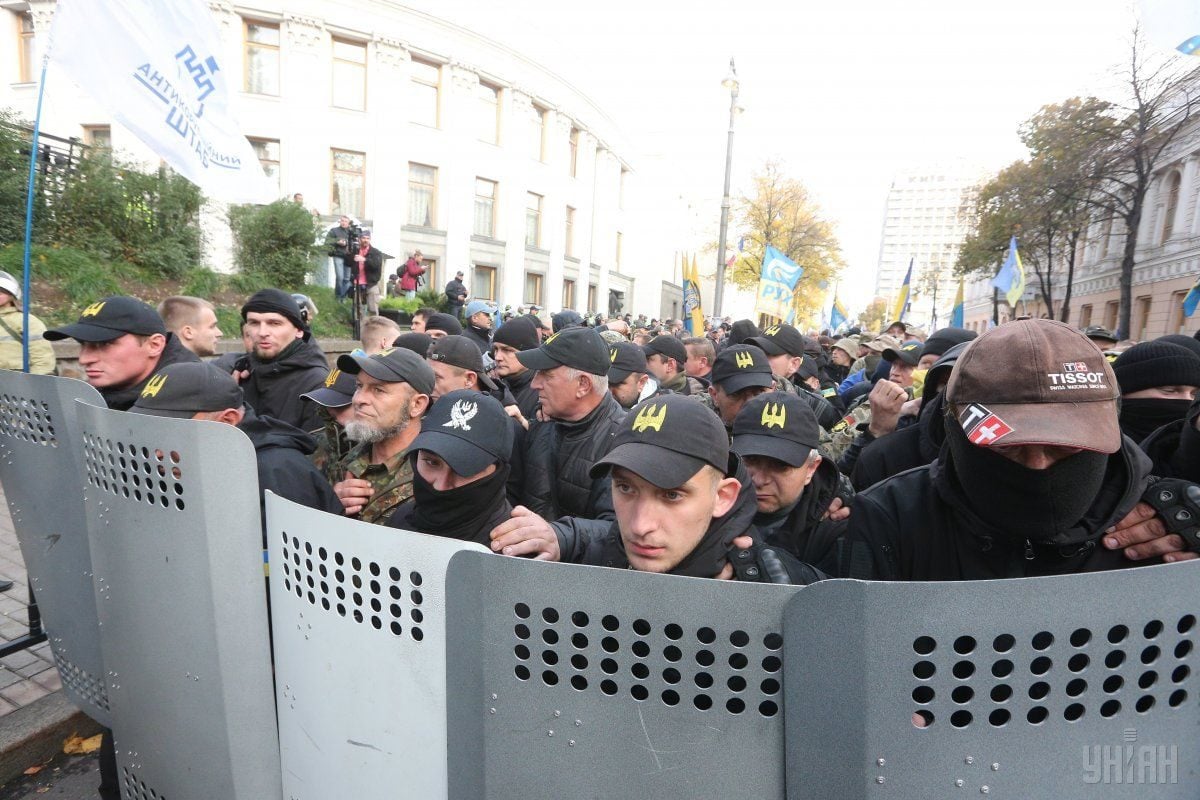 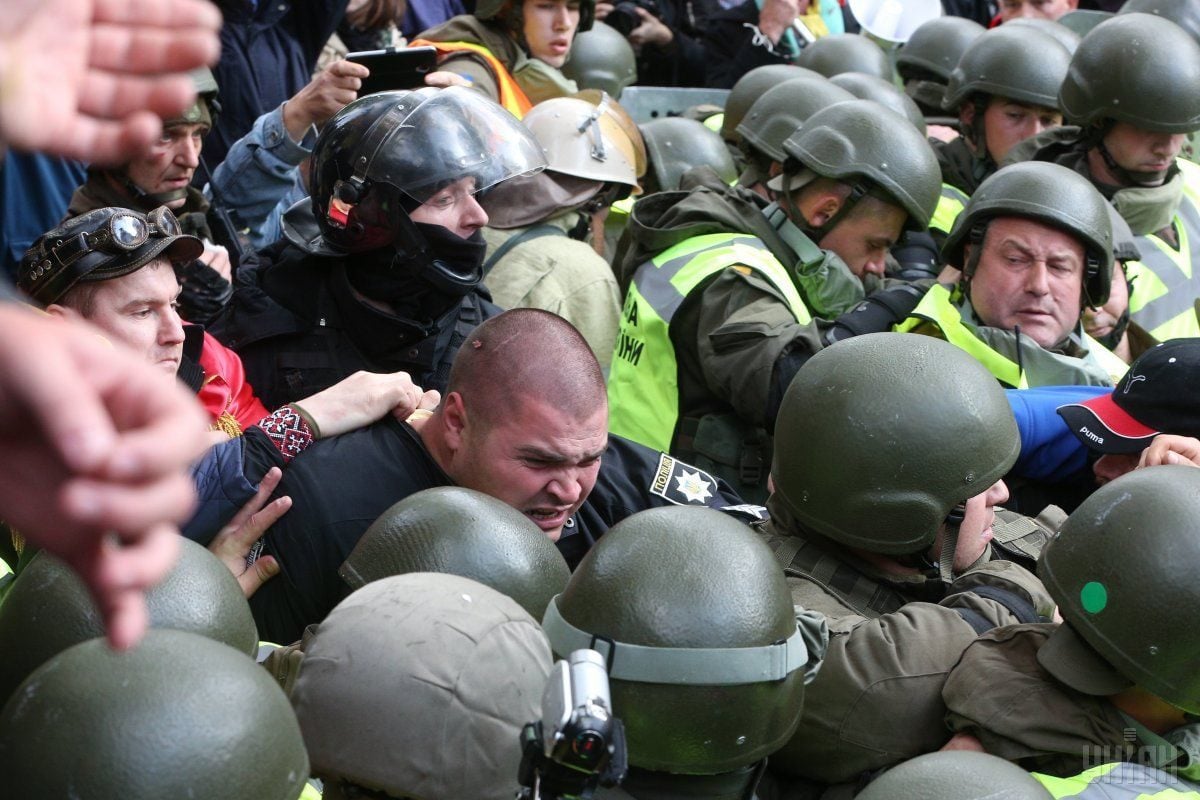 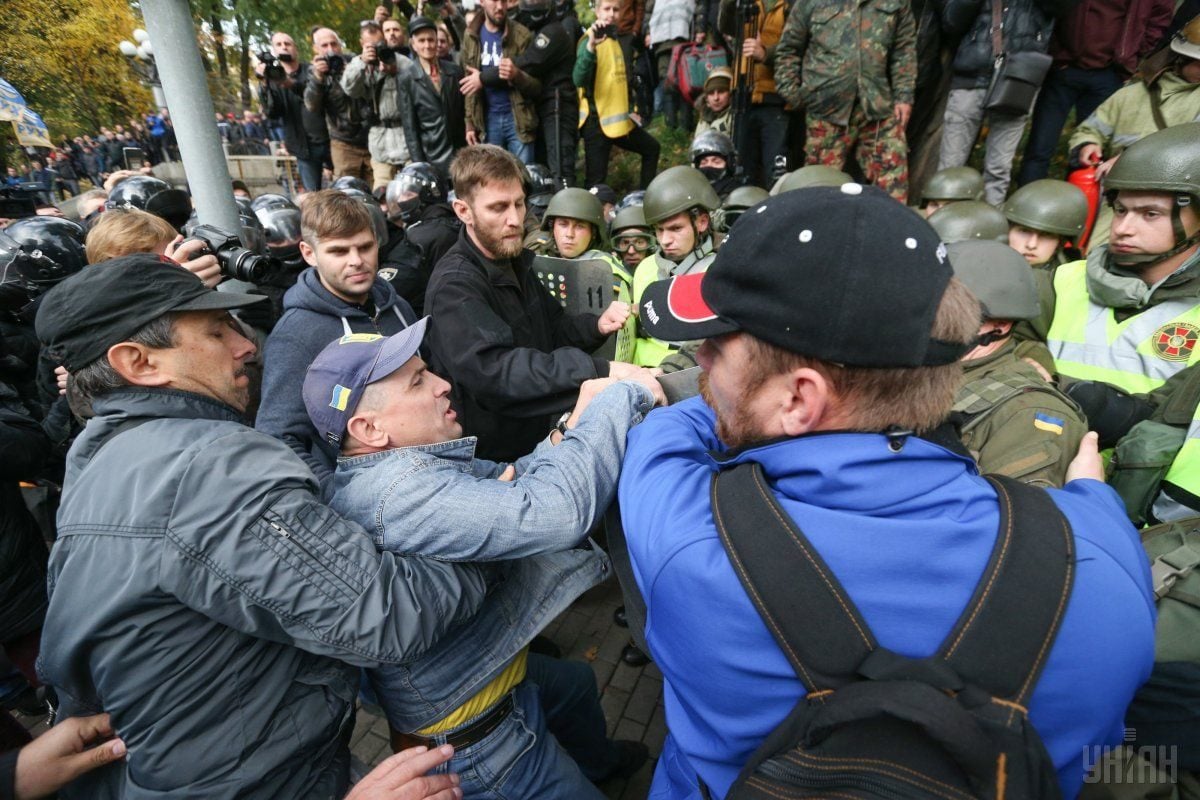 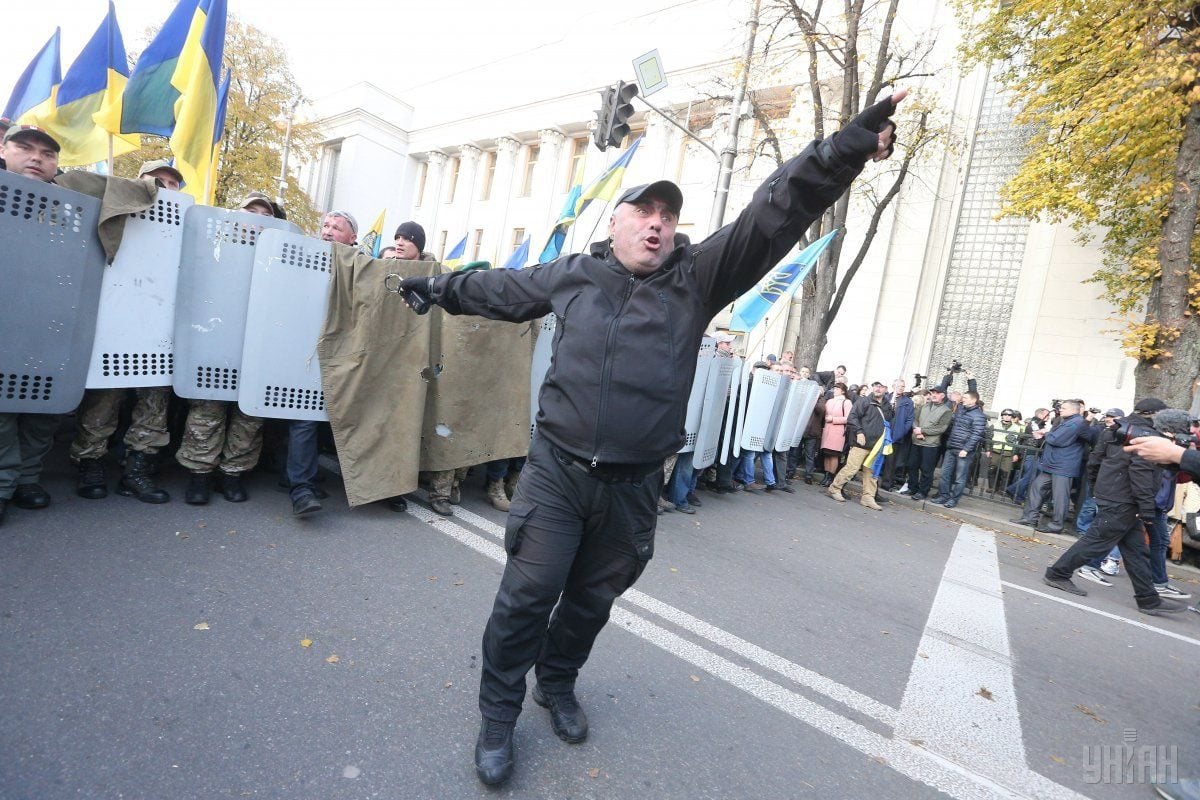 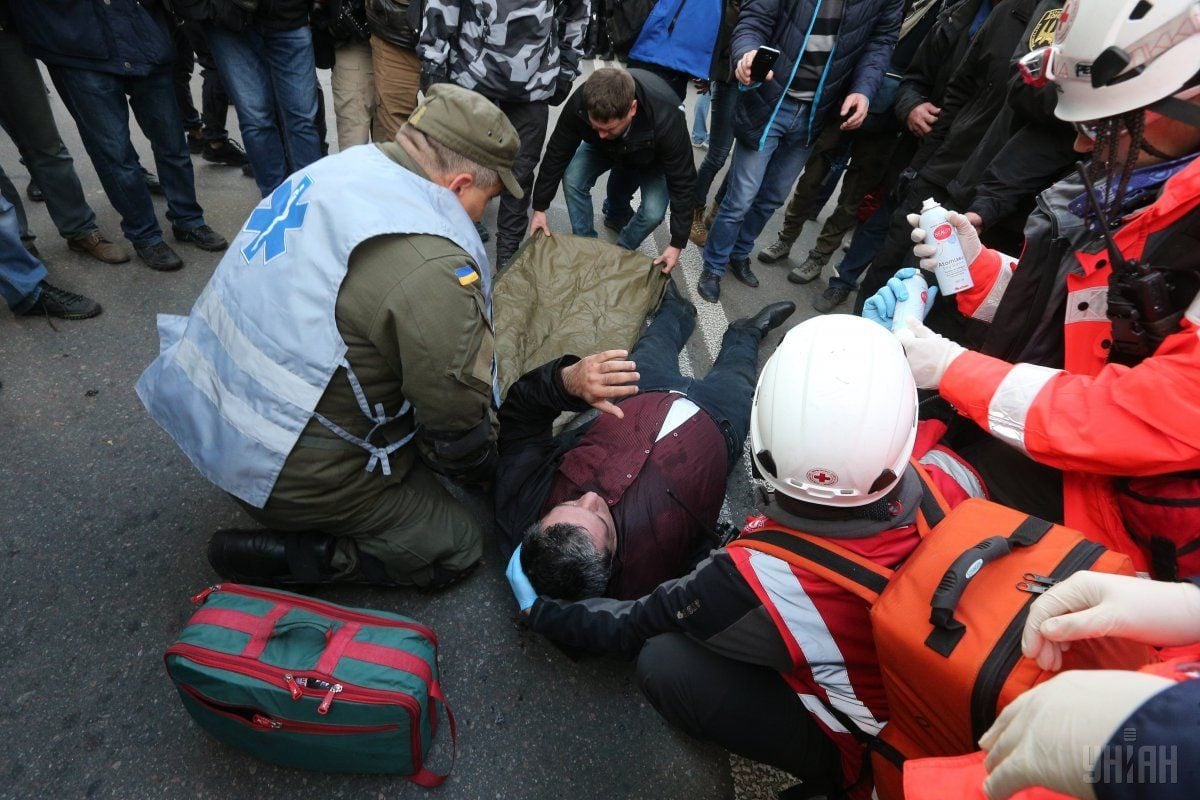 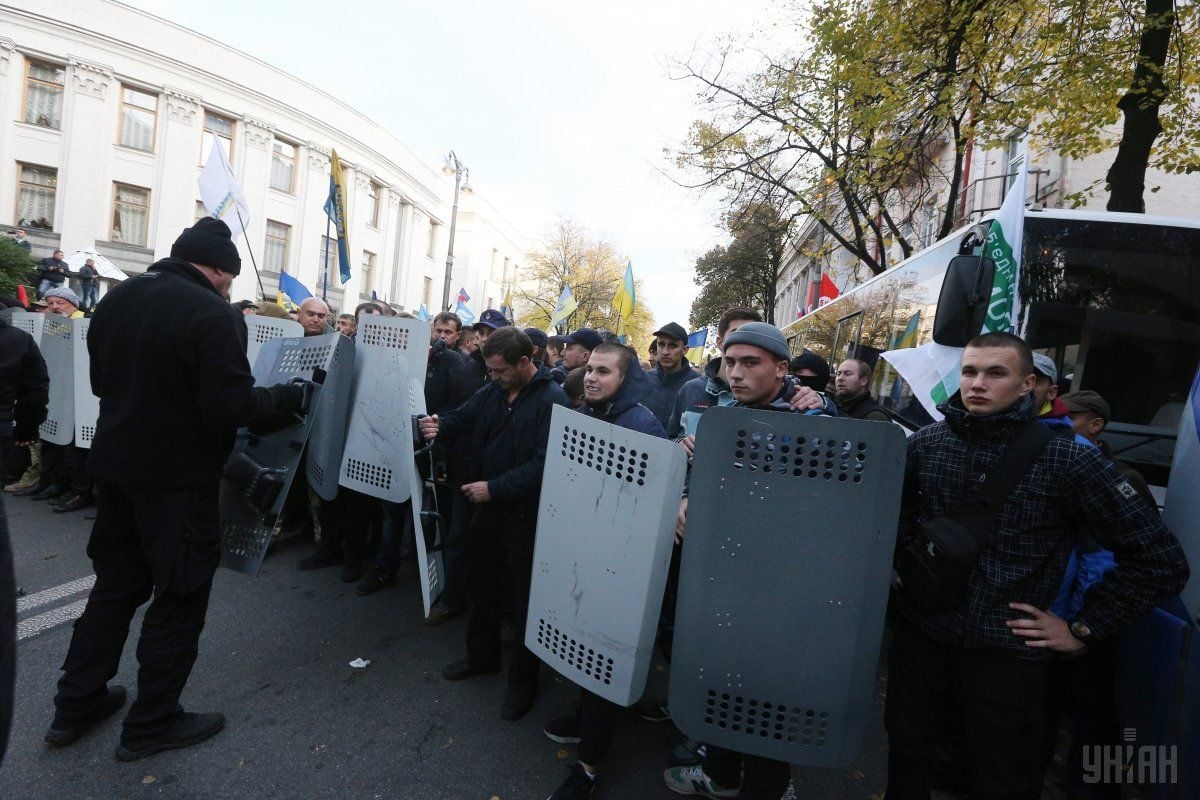 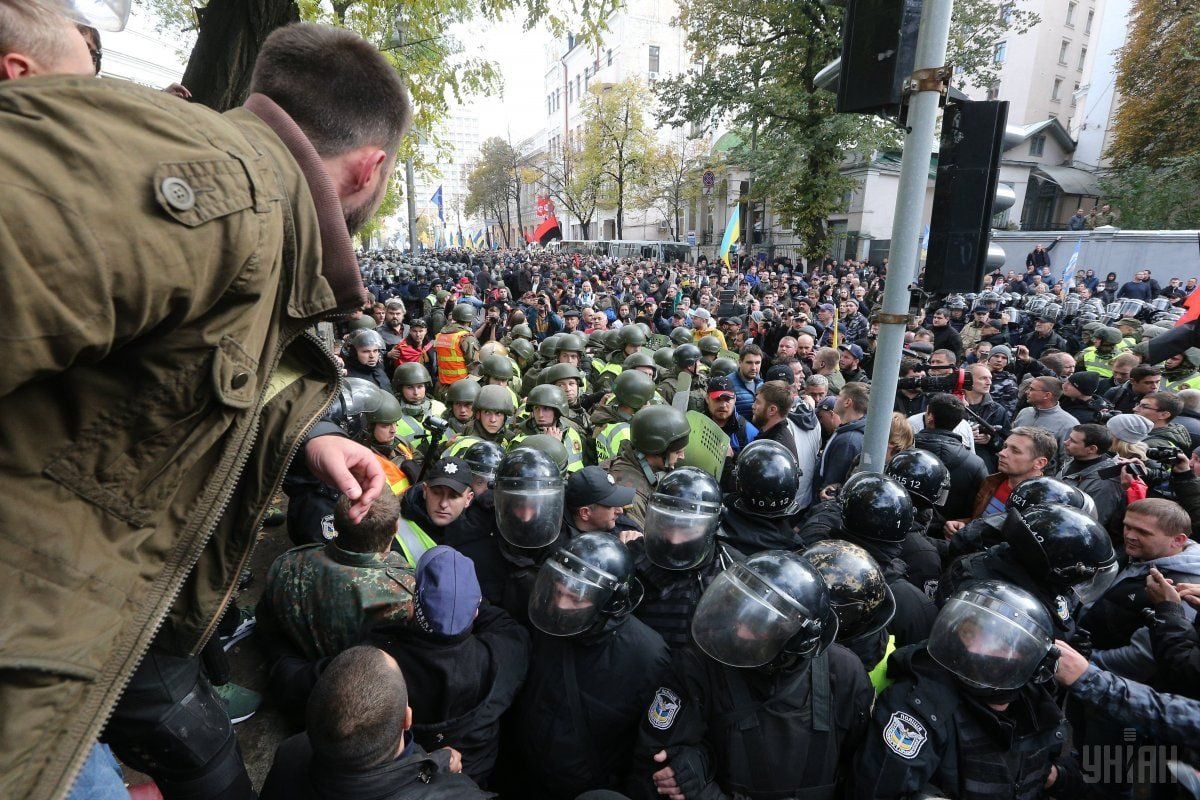 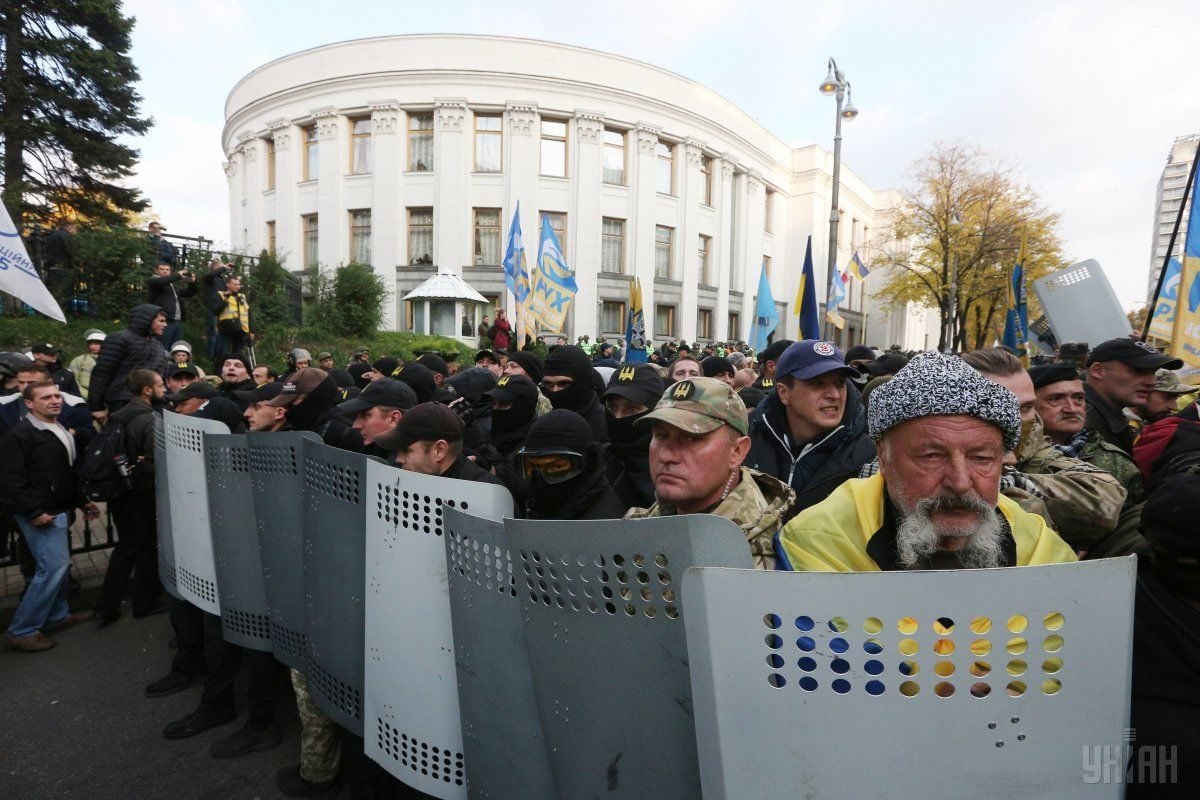 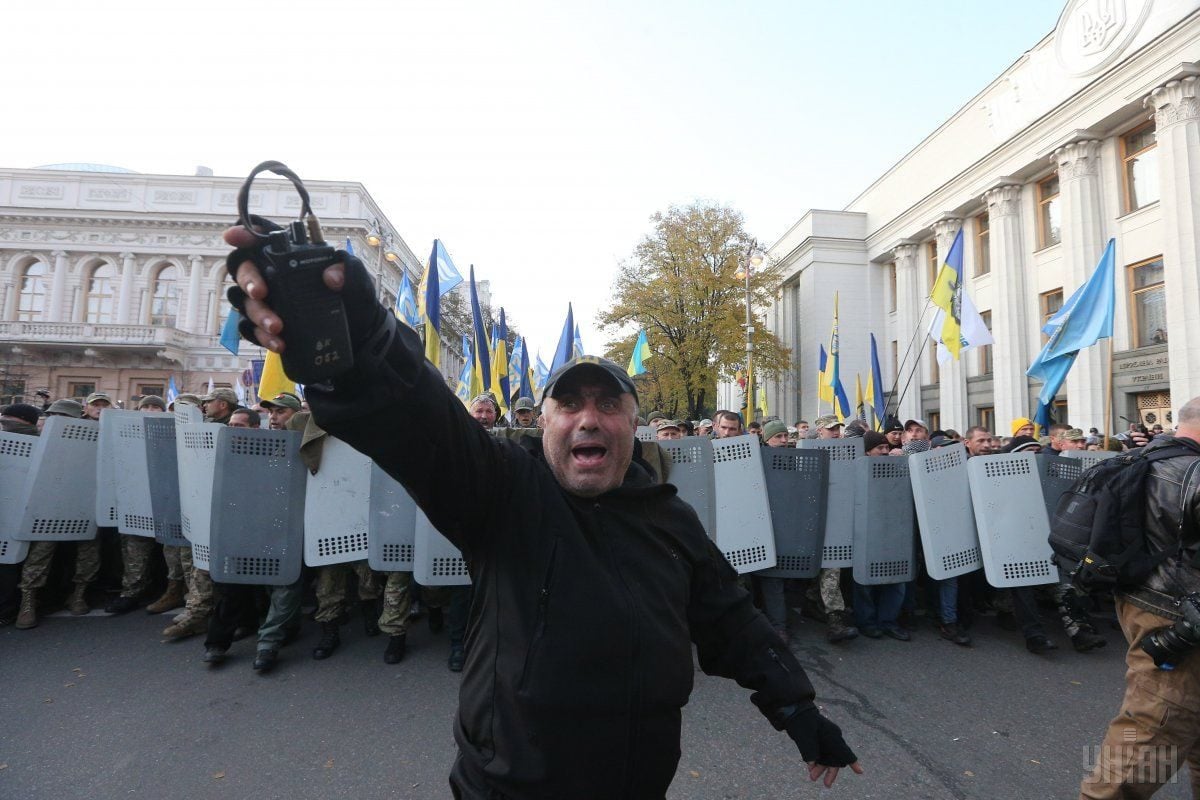 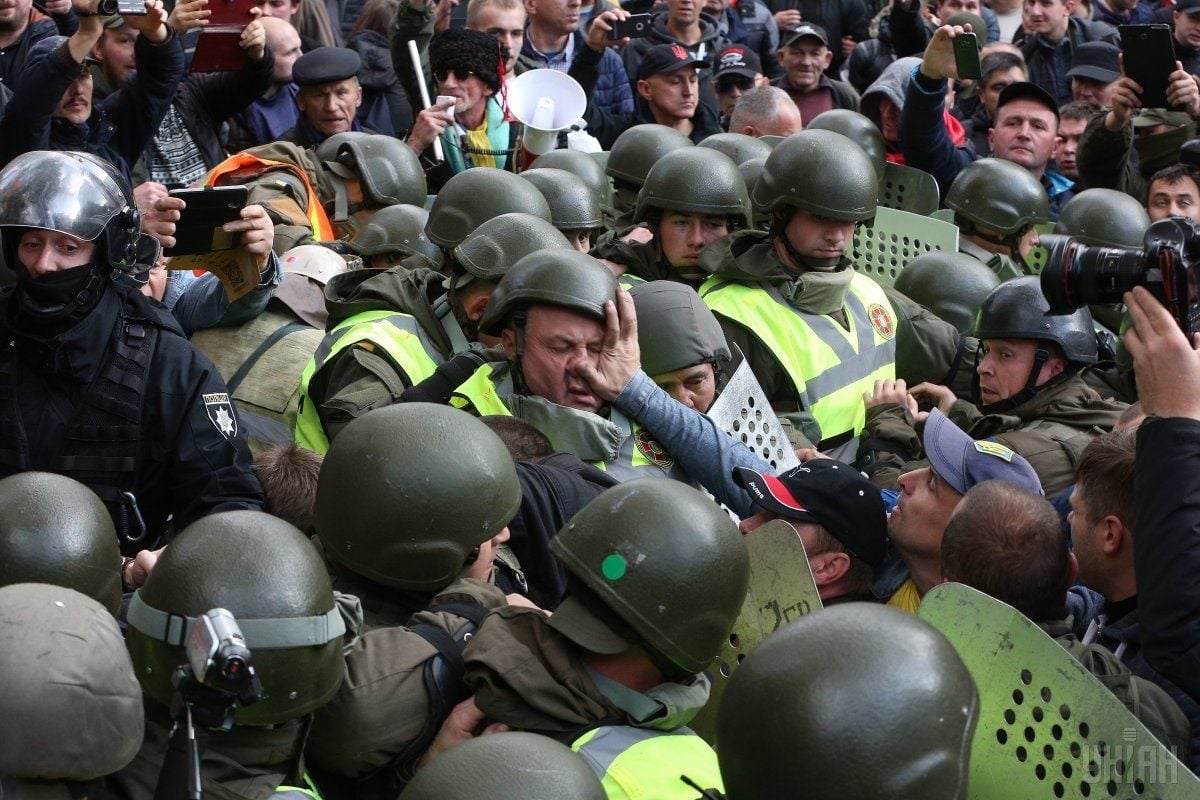 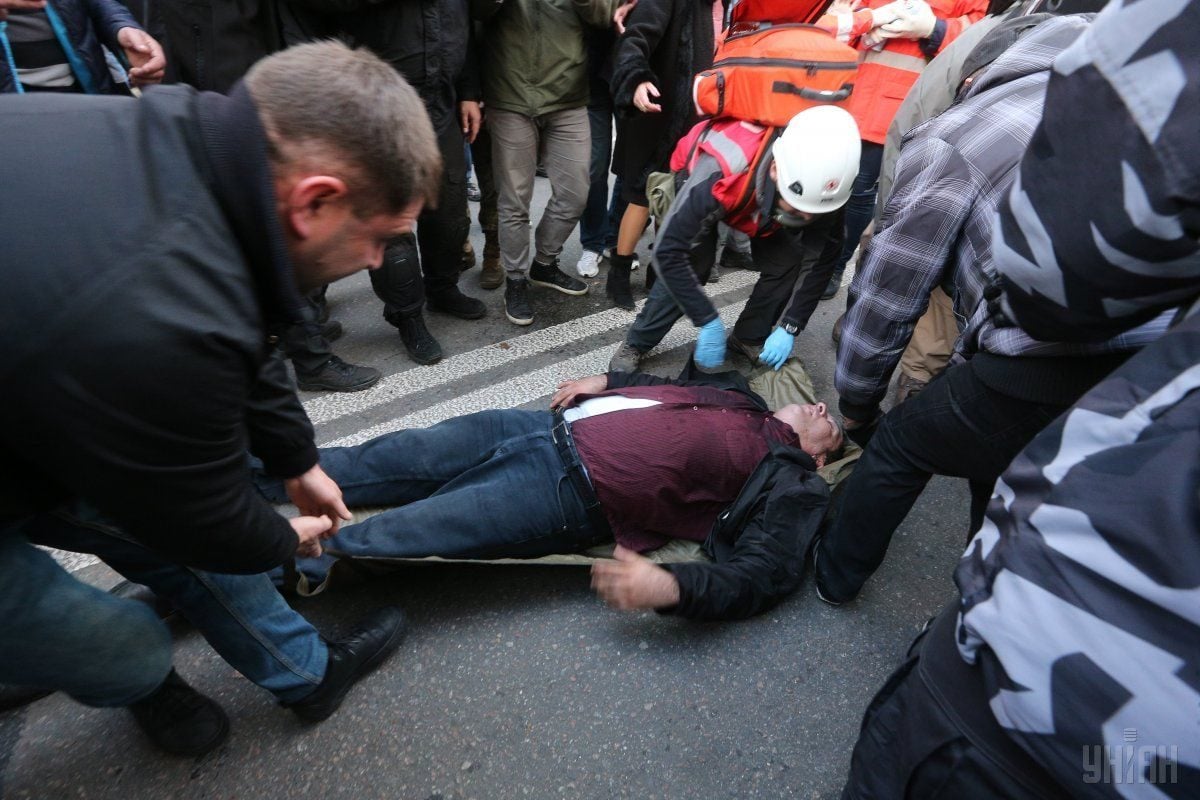 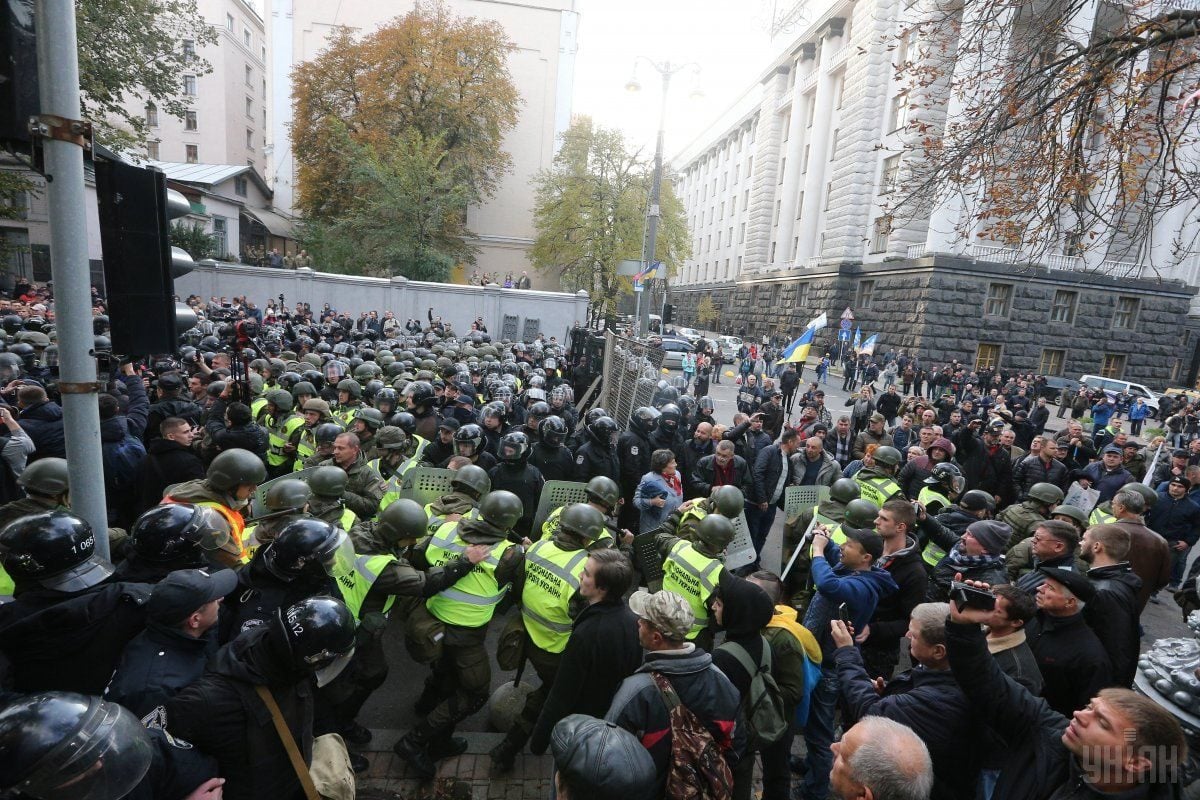 © UNIAN
If you see a spelling error on our site, select it and press Ctrl+Enter
Tags:Radapolicerallyprotestersclashes