Protesters set up first tents outside Rada in Kyiv (Photo) 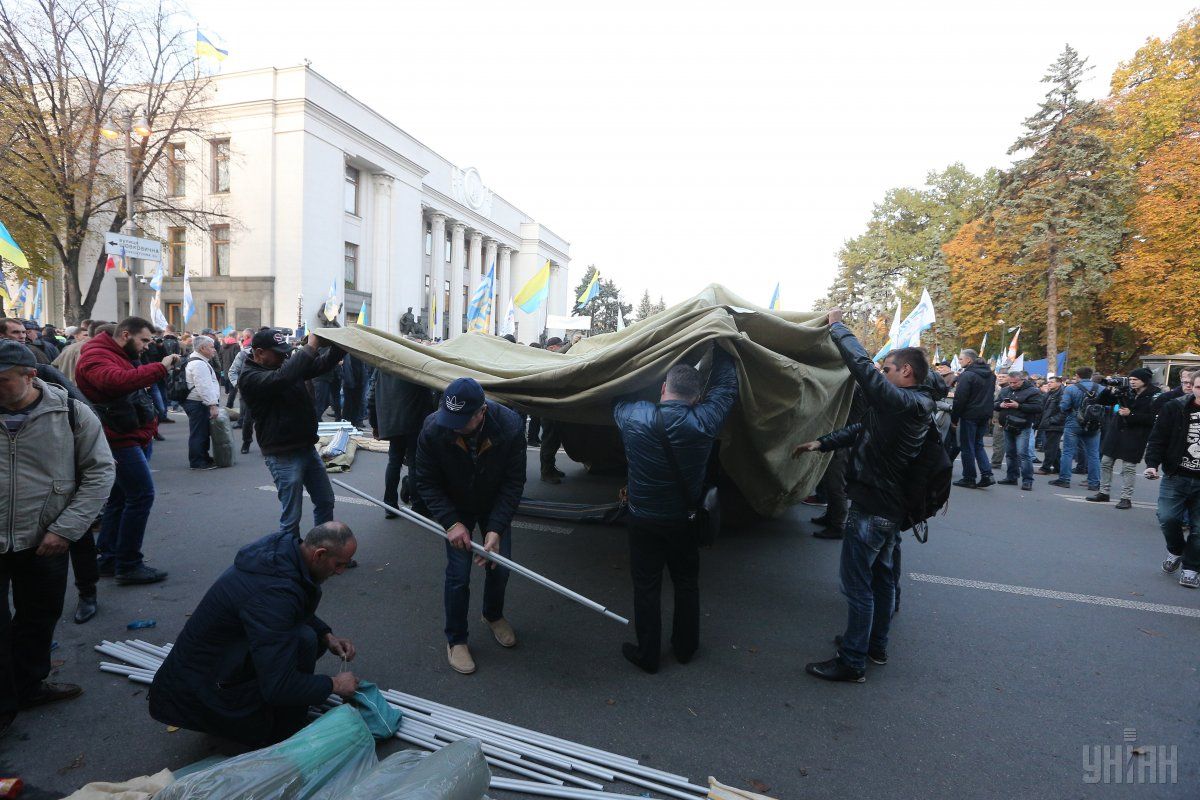 Activists are now setting up the first tent, while there are accessories for installing other ones, the report said.

As UNIAN reported earlier, law enforcers let protesters pass to Ploshcha Konstytutsii outside the Verkhovna Rada after clashes between the activists and the police at the intersection of Hrushevskoho and Sadova Streets.

The police formed a corridor so that activists moved freely to the square with tents and other camping equipment.

On October 3, Mikheil Saakashvili did not rule out that the October 17 protest could become indefinite in case of non-fulfilment of the said demands. 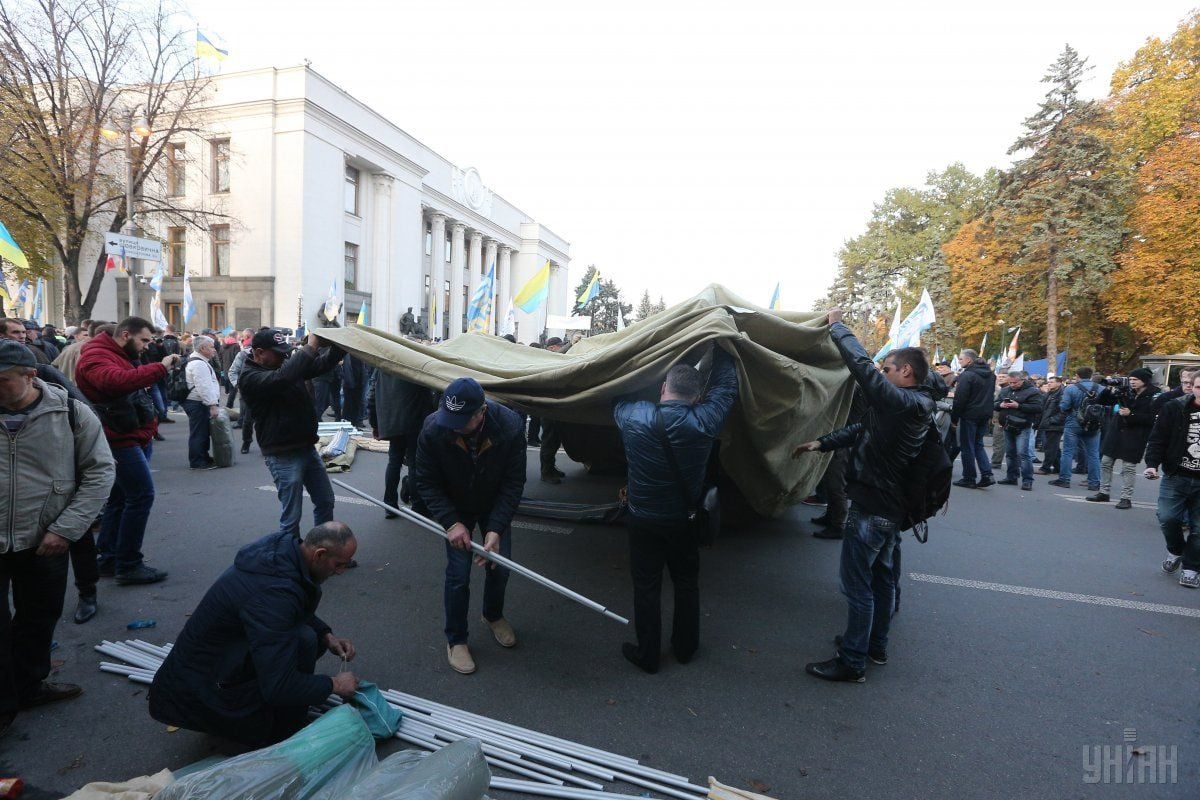 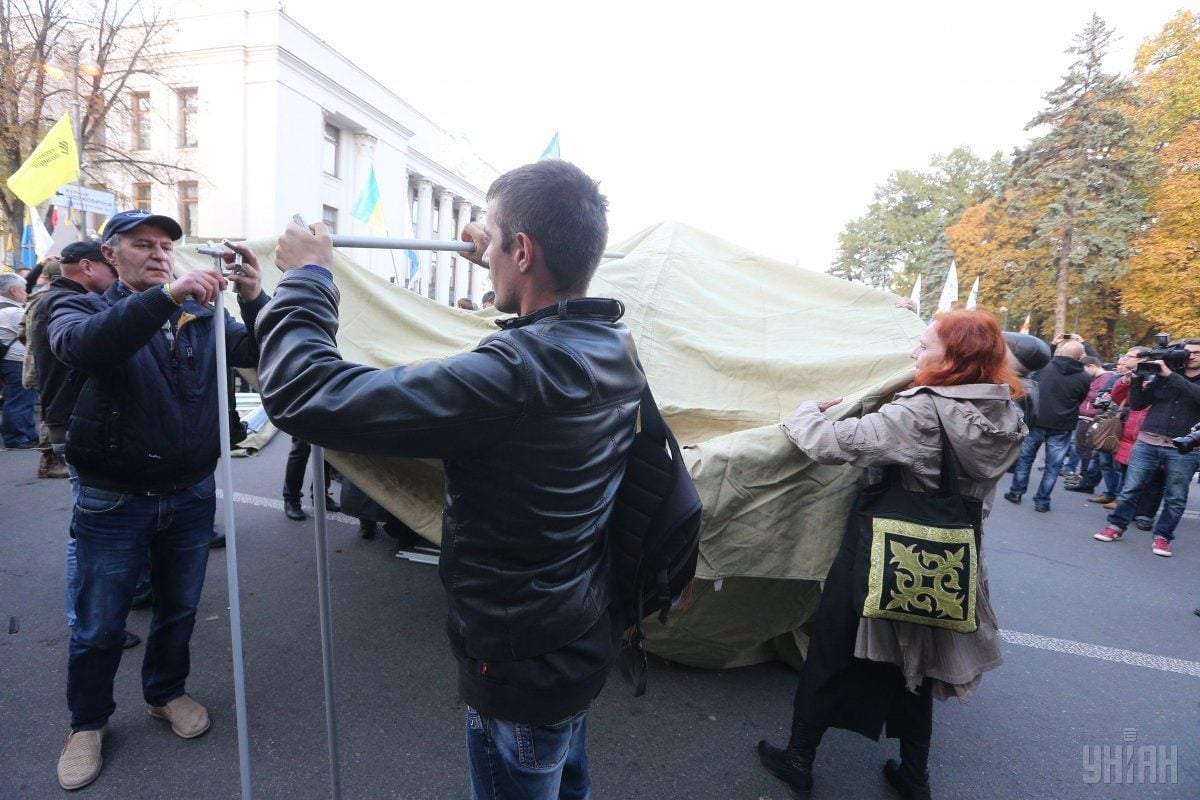 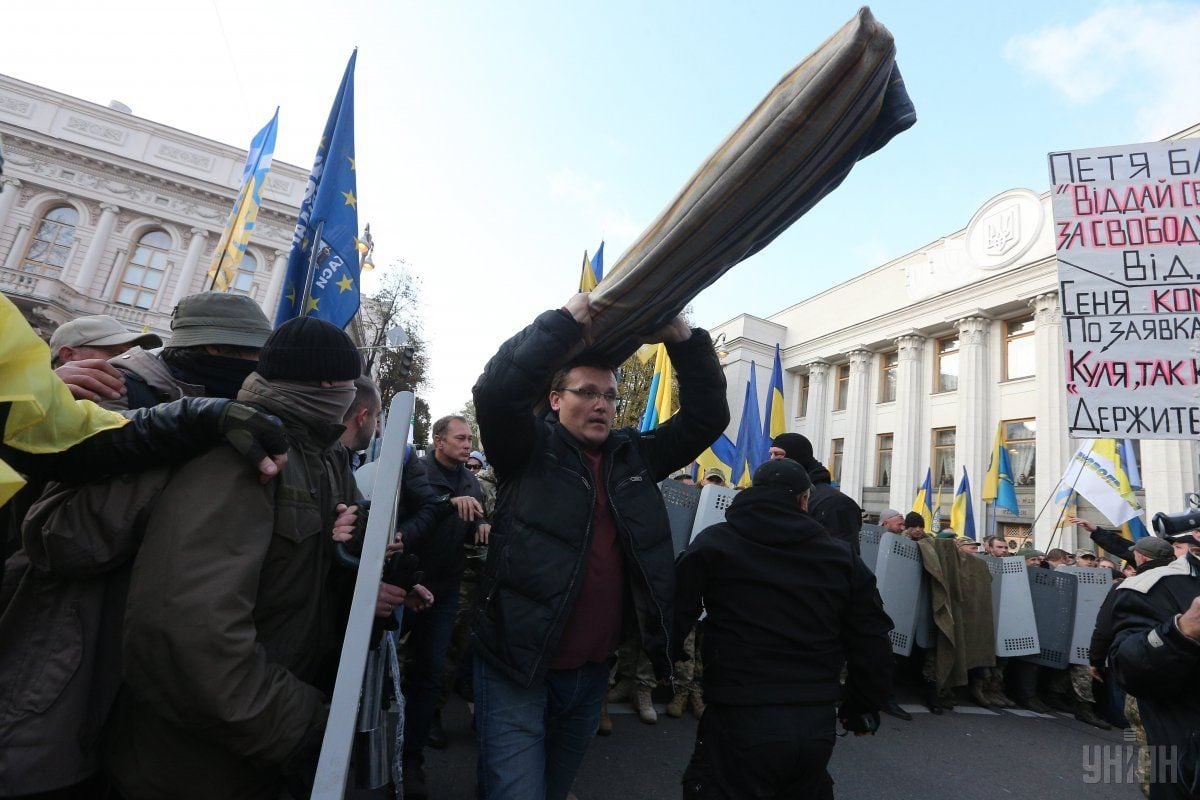 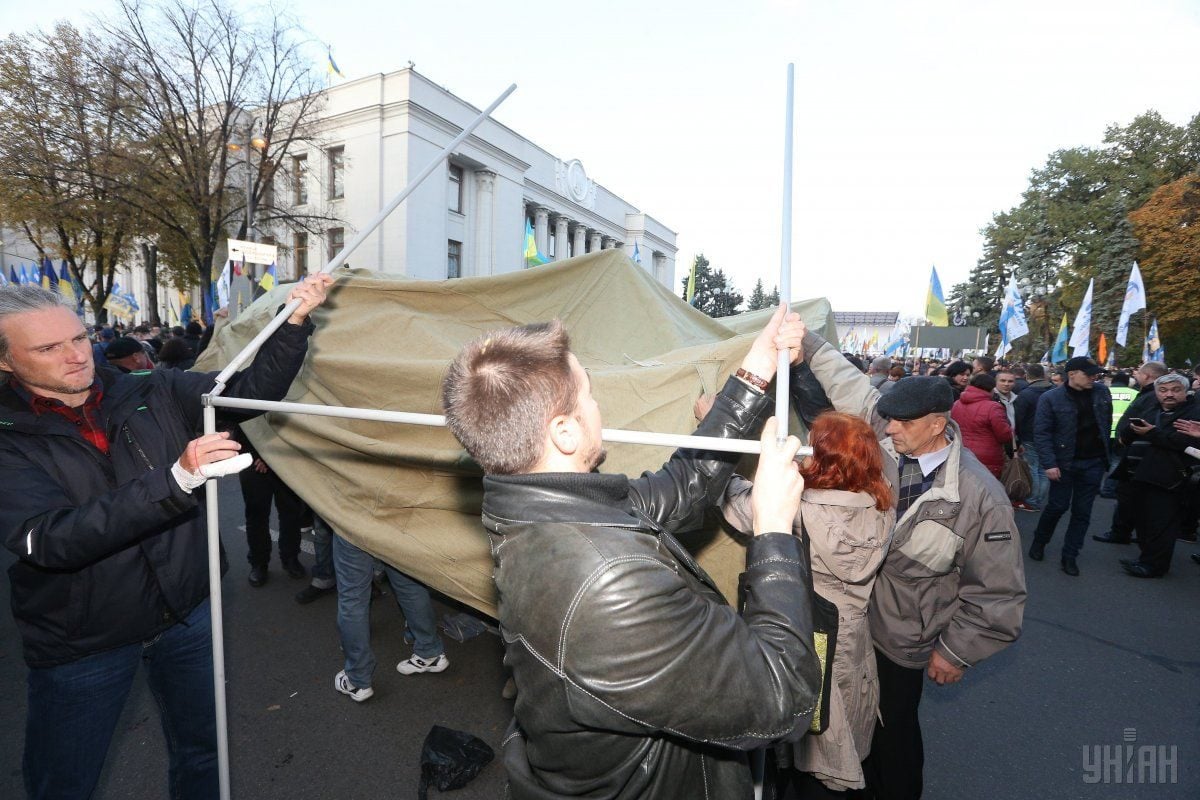 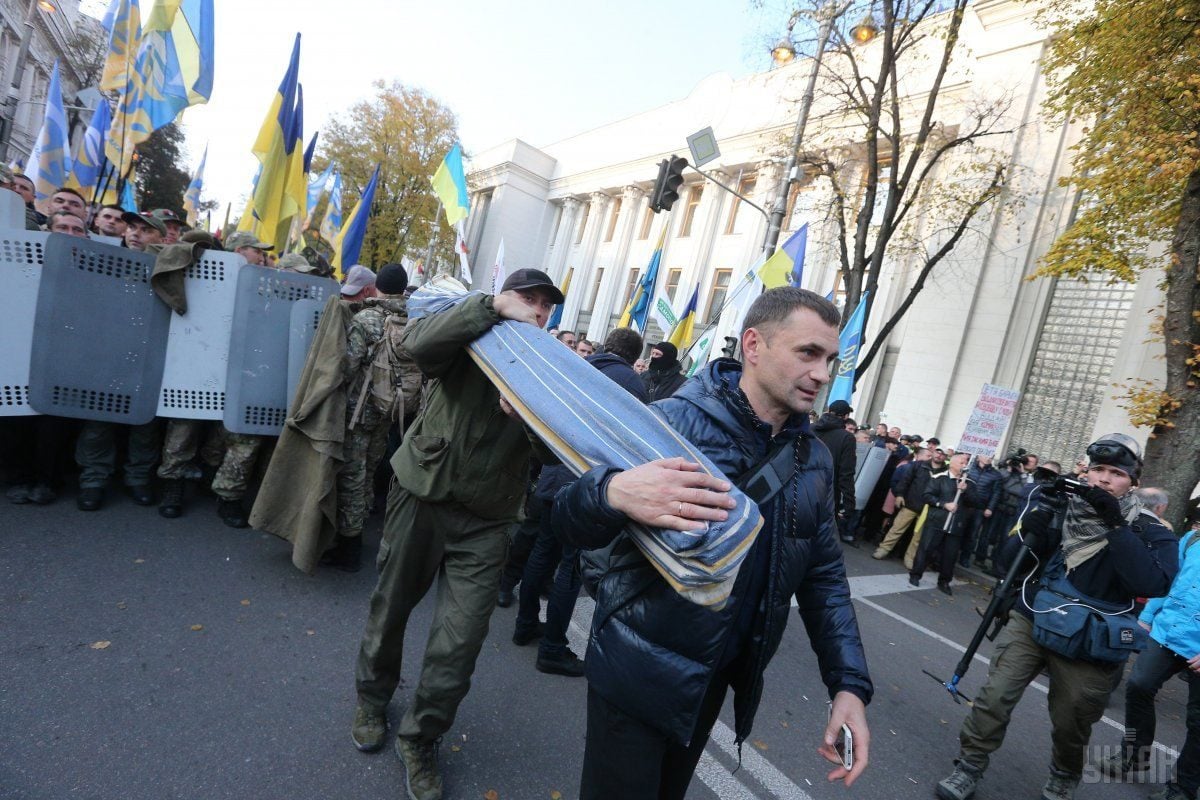 © UNIAN
If you see a spelling error on our site, select it and press Ctrl+Enter
Tags:Radarallyprotesterstentsparty