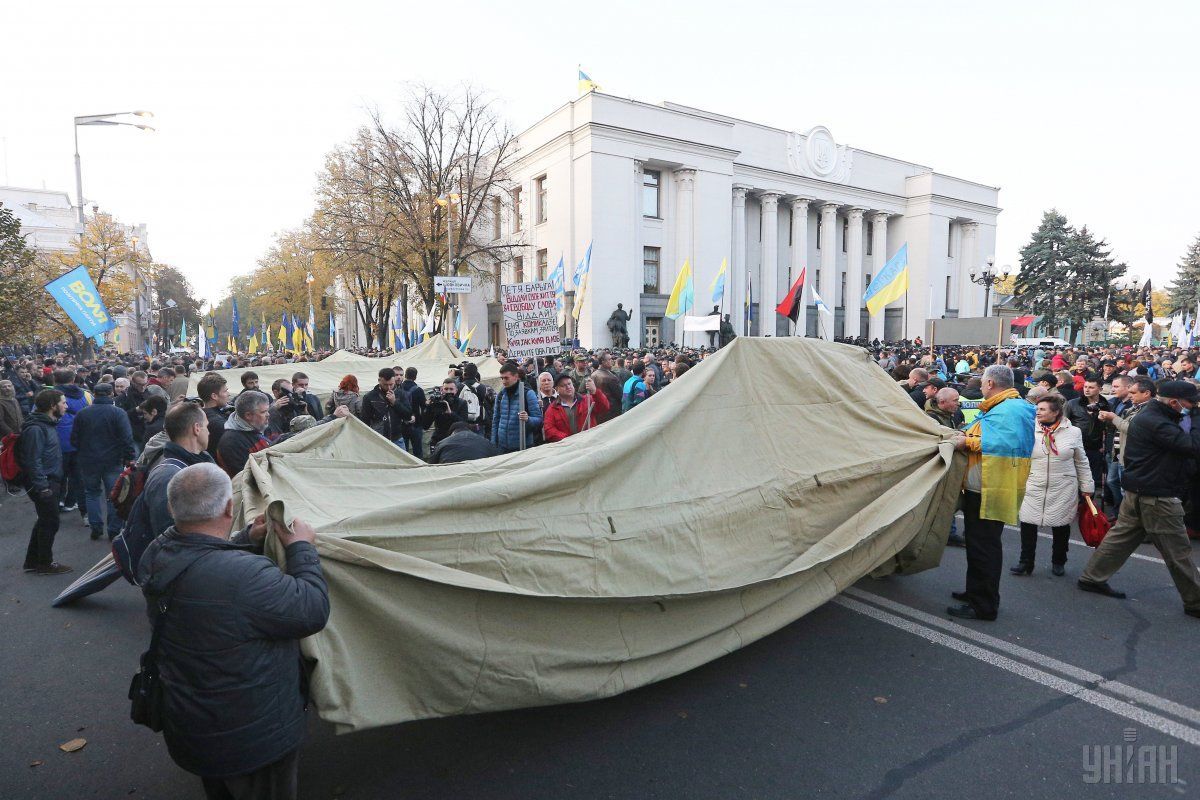 "Security services had information and established certain facts of storage and purchase of weapons by members of illegal groups, who are among the protesters. This explains the enhanced security measures taken by the Ministry of Internal Affairs. Their task is to ensure safety of protesters, the city of Kyiv, and the country," he wrote.

At the same time, Lutsenko stressed that "there will be no takedown of tents."

"But in order to avoid provocations and to ensure safety of protesters themselves, the passage to the rally area will be allowed only through metal detectors," the Prosecutor General added.

Read alsoProtesters clash with police outside Rada (Video, photo)"I am certain, and in due time I will prove it, that certain people behind the rally bid solely on provocations," Lutsenko said.

Chief of the National Police of Ukraine Serhiy Knyazev in turn said that the law enforcers would operate within the legal framework and that they plan "no radical action to disperse the tent camp," Hromadske TV channel reports.

Read alsoProtesters set up first tents outside Rada in Kyiv (Photo)As UNIAN reported earlier, the rally started Tuesday morning outside the Parliament building. Protesters demand the lifting of parliamentary immunity, modification of the electoral legislation, as well as the establishment of an Anti-Corruption Court.

Among the organizers of protests are political parties Samopomich, Batkivshchyna, Rukh [Movement] of New Forces, 5.10, Svoboda, National Corps, Right Sector, and a number of NGOs.

If you see a spelling error on our site, select it and press Ctrl+Enter
Tags:UkraineRadapoliceprotestsLutsenkoPGOtentsKnyazev