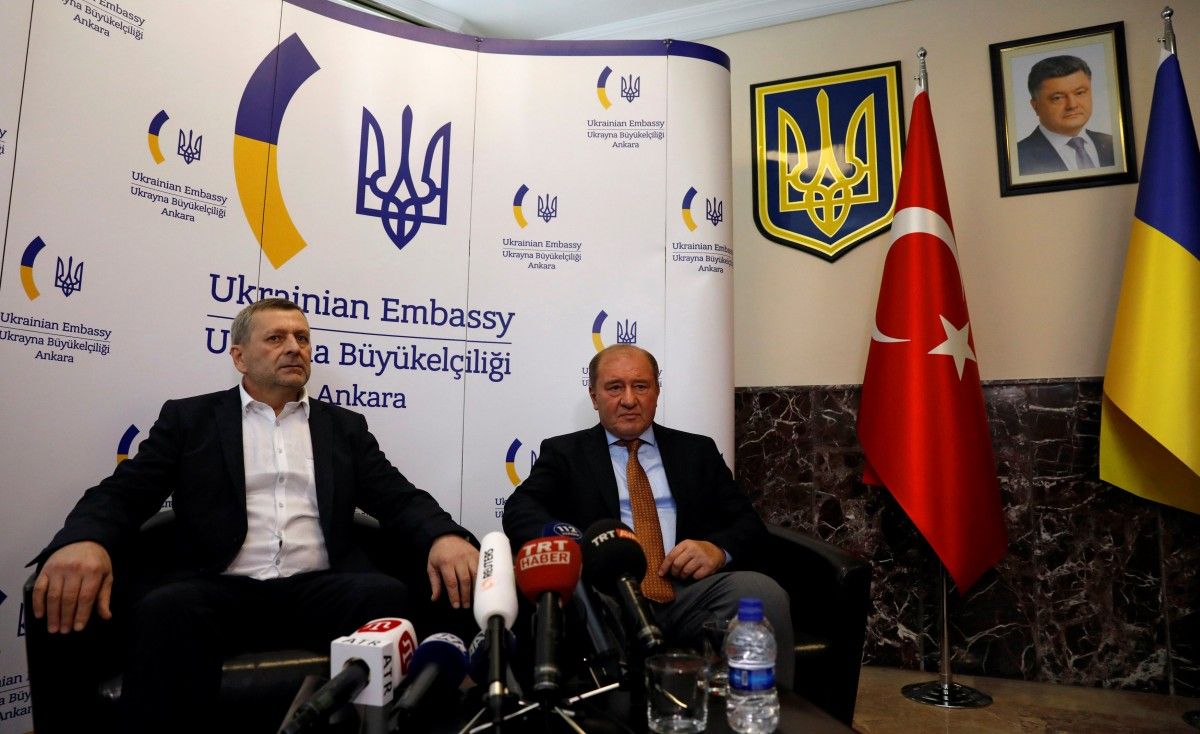 The public figures received awards for a civic courage and invincibility of spirit demonstrated in defending the statehood of Ukraine, the ideals of freedom and constitutional human rights.

Read alsoFreed Crimean Tatar leaders vow to return to Russian-held homelandThe president once again thanked the leaders of the Crimean Tatar people for "courage and invincibility of spirit".

Poroshenko also noted the role of the Mejlis of the Crimean Tatar people and thanked for the fact that "its first priority is the liberation of Crimea and the return of Ukrainian sovereignty and Ukrainian flag to illegally annexed Crimea".

The president also thanked the families of prisoners, journalists in Ukraine and around the world who "were telling about the power of spirit of these true Ukrainian heroes".

"I am thankful to the Ukrainian people who have demonstrated unity, strength and confidence in our victory," Poroshenko noted.

If you see a spelling error on our site, select it and press Ctrl+Enter
Tags:PoroshenkoUmerovawardChiygoz