Poll: Less than half of Russians approve Moscow's support of "DPR"/"LPR" 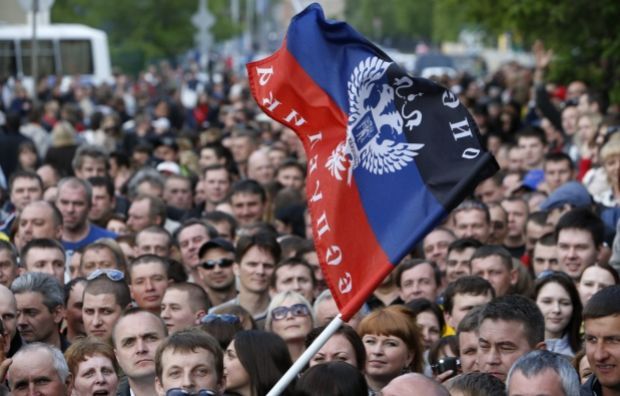 Some 6% of respondents consider that Russia should support Ukraine in the conflict, while 37% believe that Moscow should not back anyone.

At the same time, the share of Russians who fear that hostilities in the east of Ukraine could develop into a war between Moscow and Kyiv remains stable. In September 2017, 42% of respondents were afraid of this scenario against 40% in September 2016.

Read alsoRussia to abandon "humanitarian support" of occupied Donbas - mediaSuch the development of events caused the greatest concern among Russians amid the Donbas hostilities in June 2014 (68%).

Meanwhile, the fear that the armed clashes in eastern Ukraine could develop into a war between Russia and Western countries or into a world war has increased among Russians. Some 29% of respondents were afraid of this scenario in July 2016, whereas the figure grew to 40% in September 2017.

If you see a spelling error on our site, select it and press Ctrl+Enter
Tags:RussiaDonbasMoscowsupporthostilitiesrespondents