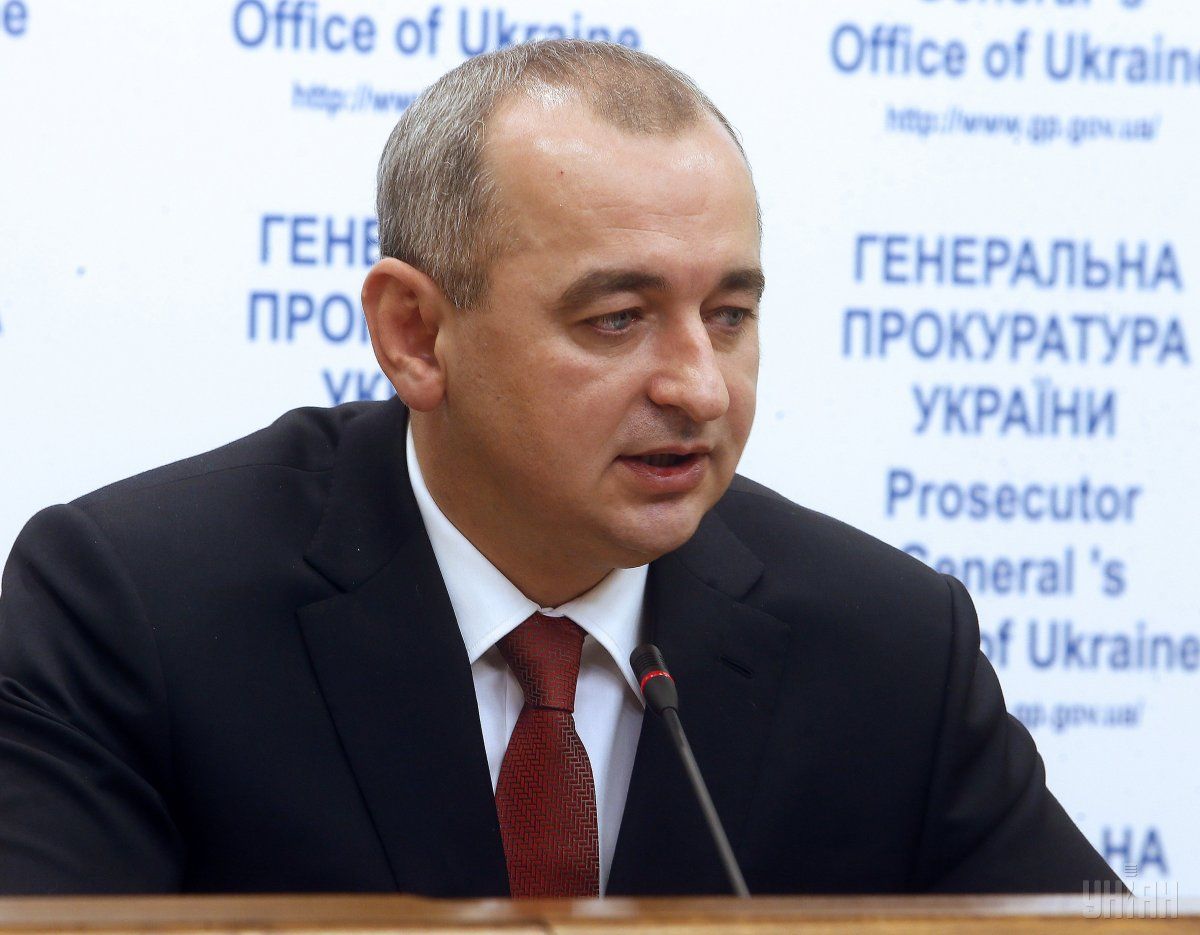 "I can say that special centers are operating in the territory of Donetsk and Luhansk regions, uncontrolled territories, which are coordinated by career officers of the [Russian] special services. The investigation knows names and detailed information about those individuals. The special centers have made terrorist acts their routine. These acts were assisted by a large number of citizens residing in different regions of our state," Matios said at a briefing in Kyiv on Wednesday, November 1, an UNIAN correspondent reported.

Read alsoChief military prosecutor: 1,600 Ukraine law enforcers, officials were FSB's targetsAccording to the military prosecutor, the causes behind such actions will be established. "Now efforts are underway to detain these people," Matios added.

"The investigation, all the terrorist attacks against Colonel [Maksym] Shapoval, [SBU counterintelligence Colonel Oleksandr] Kharaberyush and, except for the murder of [Belarusian journalist Pavel] Sheremet, procedural guidance are carried out by the investigators of the military prosecutor's office and the SBU Security Service of Ukraine – we have got very close to the real people who have put terrorist acts on the flow," Matios said.

If you see a spelling error on our site, select it and press Ctrl+Enter
Tags:RussiaDonbasMatios