The parties discussed prospective directions of cooperation development between Ukraine and the states of the Arabian Peninsula, the press service reported. 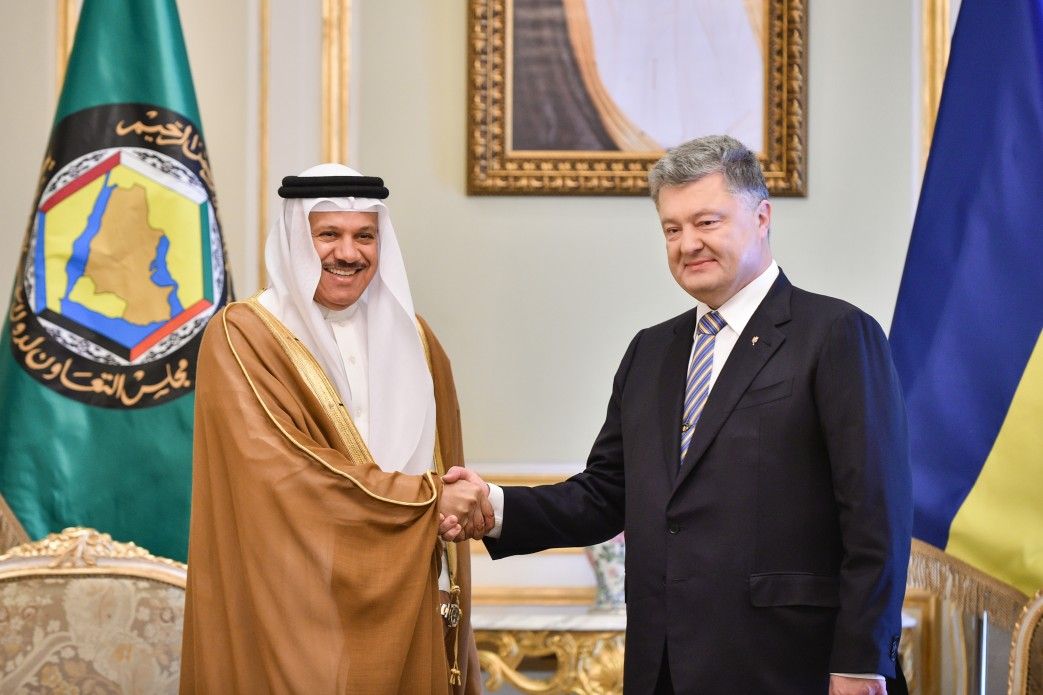 Petro Poroshenko introduced leader of the Crimean Tatar people Mustafa Dzhemilev and urged the Cooperation Council for the Arab States of the Gulf to protect more actively the rights of Crimean Tatars in Crimea occupied by Russia.

A specific subject of the talks was also the actual issues of the current political and security situation in the Middle East, including the issues of Qatar, Syria and Yemen.

Read alsoU.S. envoy meets freed Tatar leaders in Kyiv – mediaThe parties condemned the terrorist attack in New York and stressed the need to combine efforts in the fight against terrorism, which has no borders, in all its manifestations and forms.

Following the meeting, the Memorandum of Understanding on the mechanism of consultations between the Ministry of Foreign Affairs of Ukraine and the Secretariat General of the Cooperation Council for the Arab States of the Gulf was signed.

If you see a spelling error on our site, select it and press Ctrl+Enter
Tags:CrimeaPoroshenkoUkraineCrimeanTatarshumanrightsRussianOccupation