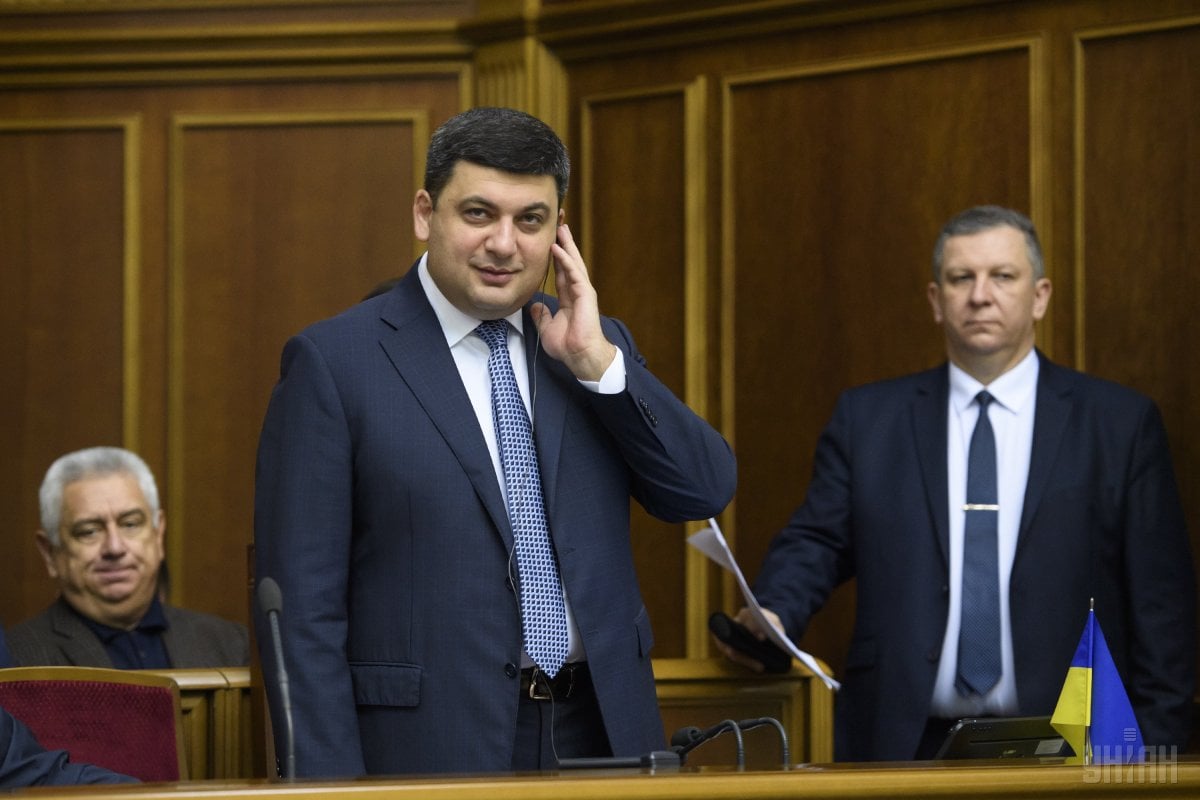 "We haven't received any requests for information in this regard, but if we receive a request we will, of course, provide the information we have," Groysman told CBC News during his visit to Canada where he met PM Justin Trudeau.

He also wants to separate Ukraine’s present government from the previous regime of President Viktor Yanukovych, who was a pro-Russia candidate that Manafort propped up with a public relations campaign in 2014.

Read alsoNYT: Paul Manafort, who once ran Trump campaign, surrenders to F.B.I."My government and our term in office have absolutely no relations to this scandal,” Groysman said.

"This information is unbalanced," Groysman said. "It is biased, and we believe Russia invests a lot of its resources and money into propaganda as a tool of hybrid warfare against Ukraine in particular. Not all information in the world about Ukraine is true to the fact."

As reported earlier, Manafort, along with business associate and former Trump campaign official Rick Gates, was accused of funneling $75 million through offshore accounts, and much of it came from Ukraine.

Other charges against Manafort and Gates included failure to register as a foreign agent.

Read alsoNewsweek: Pro-Putin party in Ukraine gave Paul Manafort $600,000 a monthIn turn, Ukraine’s intelligence service, the SBU, probed Manafort’s operation and reportedly found that Viktor Yanukovych’s Party of Regions, backed by the Kremlin, paid him $28.5 million, or $600,000 a month over four years, according to USA Today. Previously, the sum was believed to be $12.5 million.

Mueller’s investigation, which Trump has called a “witch hunt,” has delved into Russia’s interference during last year’s presidential election to tip the scales in Trump’s favor over Democrat Hillary Clinton.

Read alsoManafort has 3 passports, traveled to China with phone registered under fake name – CNNAmong other recent revelations, the probe has disclosed that a foreign policy adviser to the Trump campaign, George Papadopoulos, met with and was in contact with Russians linked to the Kremlin who offered up “thousands” of Clinton’s emails.

If you see a spelling error on our site, select it and press Ctrl+Enter
Tags:UkraineUSAManafortYanukovychGroysmanMuellerRussiacollusionevidencePartyofRegions