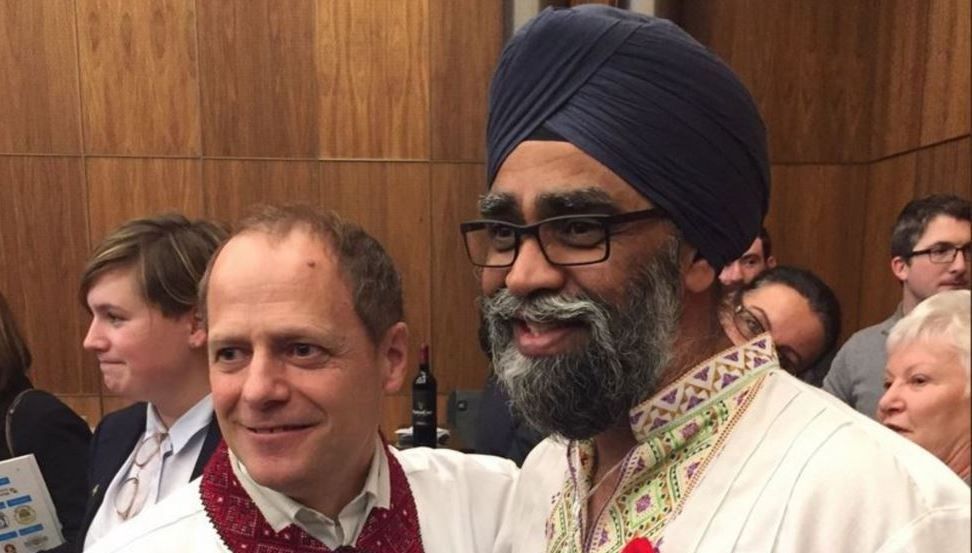 "Celebrated #UkrainianDayontheHill and the excellent work our @CanadianForcesmembers do alongside UAF partners! Cлава Україні![Glory to Ukraine!]," Sajjan tweeted, partly in Ukrainian, VOA wrote.

Sajjan has earlier come to Ukraine on working visits.

Read alsoCanada's support to Ukraine unwavering – Defense MinisterEarlier, in an interview with the Ukrainian official government gazette Uriadovy Kurier, Sajjan said that Canada had been a long supporter of Ukraine's defenses. Over 5,000 Ukrainian servicemen were trained by Canadian experts with the total volume of assistance amounting to CAD 700 million.

The Defense Agreement had recently been signed, which became another step toward the development of bilateral relations.

Other officials in Canada were spreading messages with a hashtag #UkrainianDayontheHill the day before.

If you see a spelling error on our site, select it and press Ctrl+Enter
Tags:UkraineCanadaCanadaGovernmentdefenseminister