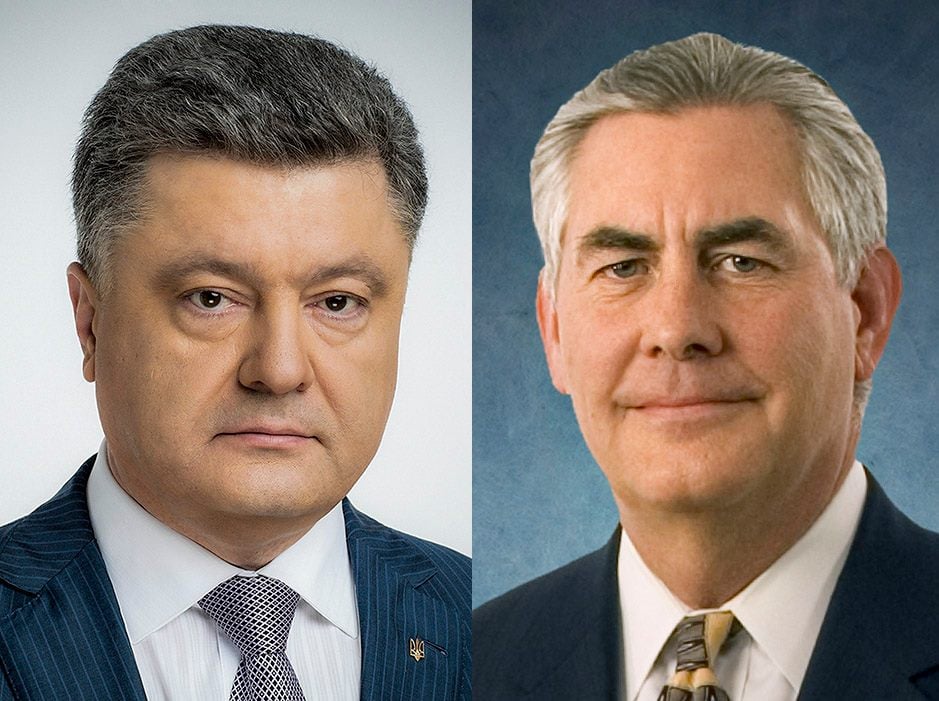 The parties coordinated further steps for the deployment of the United Nations’ international mission in the occupied part of Donbass, including the uncontrolled section of the Russian-Ukrainian border, according to the report.

The interlocutors also paid special attention to the issue of the release of hostages illegally held in the occupied territories of Ukraine and in Russian prisons.

Read alsoDonbas crisis sore spot between U.S. and Russia – State Dep.Poroshenko thanked Tillerson for the U.S.  support of Ukraine amid the ongoing Russian aggression. The head of state stressed the importance of sanctions against Russia and U.S. leadership approach to this issue, noting that only in this way can the aggressor be forced to return to the mainstream of international law and respect for the sovereignty and territorial integrity of states.

The interlocutors also noted the importance of strengthening the Ukraine-U.S. strategic partnership and expressed satisfaction with the implementation of the agreements reached between the presidents of the two states during their New York meeting.

Read alsoEx-CIA chief on Obama’s failure to arm Ukraine: Putin needed to have his "nose bloodied"Tillerson informed Poroshenko of the appointment of Wes Mitchell a new Assistant Secretary of State for European and Eurasian Affairs and his plans to visit Ukraine in November to meet with the Ukrainian authorities.

If you see a spelling error on our site, select it and press Ctrl+Enter
Tags:RussiaDonbasPoroshenkoUkraineUSATillersonRussianAggressiontalkspeacekeepersUNmission