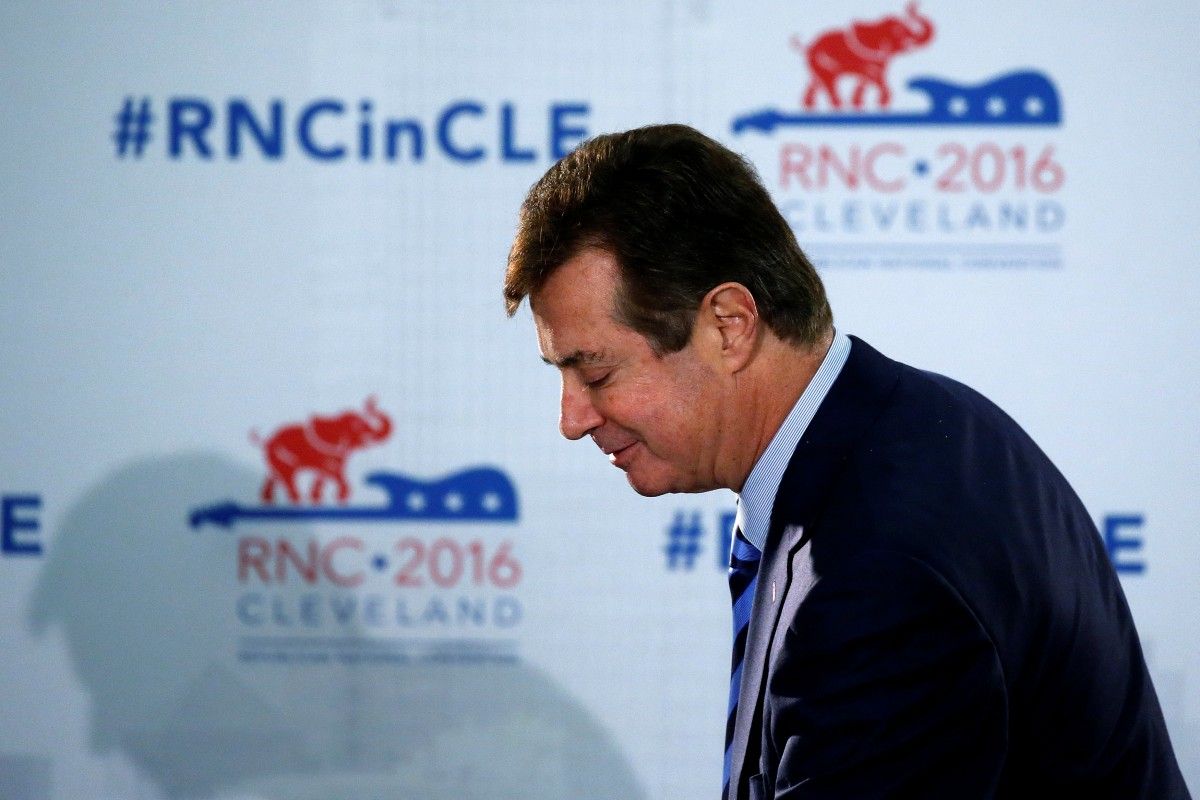 At a hearing in Washington, Judge Amy Berman Jackson said she won't make a decision on both defendants' bail until she receives more information on their financial situation. Once that information is filed, she proposed that pair remain under GPS monitoring, but be allowed to travel in their local area – the Washington area for Manafort and Richmond, Virginia, for Gates, CNN reported.

Additionally, she proposed they will be prohibited from being near airports and train stations and will have evening curfews.

Manafort and Gates will next appear in court on December to discuss a trial date. Jackson has previously proposed May 7, 2018, for the trial to start.

The judge's bond ruling is expected before the December court date.

Federal prosecutors from special counsel Robert Mueller's office and Manafort's lawyers tangled throughout the weekend over the former Trump campaign chairman's bail as he awaits a trial on white-collar criminal charges.

In a filing this weekend, Mueller's lawyers outlined a proposal to allow Manafort to put up $10 million in assets for his bail and travel only in Virginia, New York and Florida. He would not be able to apply for a new passport (his three passports have been confiscated).

Read alsoPaul Manafort offers $12 mln in assets to avoid house arrest - CBS NewsMueller's lawyers also contested whether Manafort's properties are worth what he says they are.

On Saturday, Manafort's lawyers proposed that he be allowed to travel in those three states and Washington and pledged as collateral his properties at Trump Tower and on Baxter Street in New York City and in Palm Beach Gardens, Florida, and $4.5 million in life insurance policies.

In the court filing, Manafort's lawyers estimated that real estate to be worth $8 million, meaning he would be on the hook for $12.5 million in assets if he violated his bail.

The federal prosecutors, however, said they can't tell the properties' actual values, and his Palm Beach Gardens home could be worth a quarter-million dollars less than Manafort claims.

The value of the Trump Tower condo on Fifth Avenue in New York is also a question mark, the federal authorities said. Manafort's lawyers say it's worth $6 million and he has a $3 million mortgage on it. But the government lawyers say they haven't seen a real estimate of the property's value and believe it may be worth only $2.5 million or $2.7 million.

They still contend he's a flight risk, and say his total net worth – which Manafort claims is $28 million – is unclear until he gives them more details.

Manafort and his co-defendant in the case, former Trump campaign aide Rick Gates, are both currently under house arrest and wearing GPS monitoring devices. The two surrendered October 30 to Justice Department authorities following a 12-count indictment that includes charges of conspiracy against the United States, conspiracy to launder money and unregistered agent of a foreign principal. The charges precede their involvement with Trump's campaign. The two have pleaded not guilty.

If you see a spelling error on our site, select it and press Ctrl+Enter
Tags:ManaforthousearrestGates