Stratfor: Hints of a shift in the Ukraine conflict 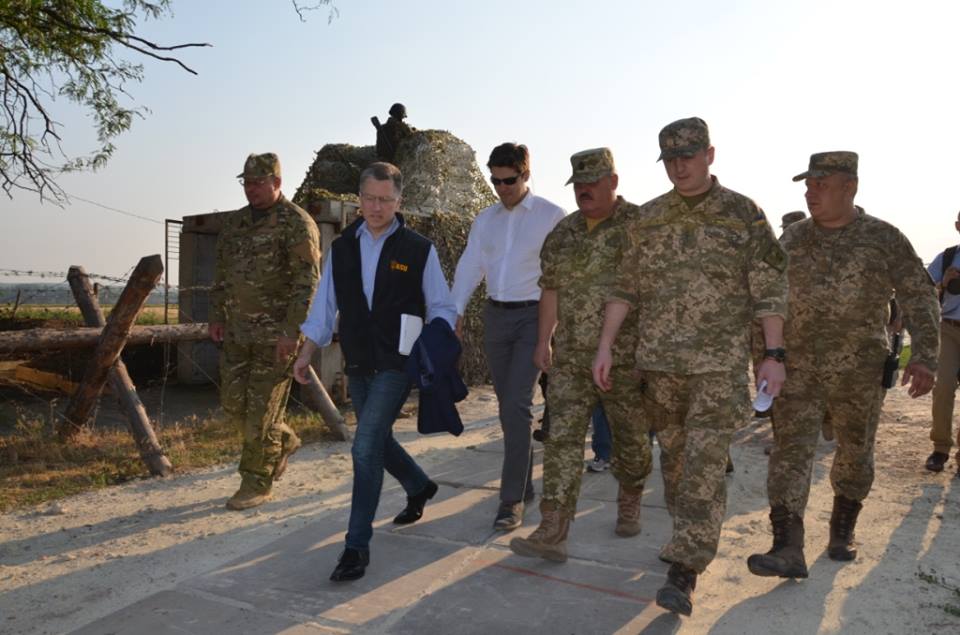 "On Monday, Kurt Volker, the U.S. special envoy to Ukraine, met with Russian presidential aide Vladislav Surkov in Belgrade, Serbia, to discuss Moscow's proposal for a U.N. peacekeeping force in eastern Ukraine. Two days later, Russian President Vladimir Putin called the leaders of the self-proclaimed Donetsk and Luhansk people's republics to discuss a prisoner swap between the separatist territories and Ukraine. Then on Thursday, a spokeswoman for the Ukrainian security services confirmed that Kyiv was ready to engage in such an exchange," Stratfor wrote on Friday, November 17.

Read alsoKremlin reports about Putin's phone call with "DPR/LPR" leaders on POW swapIn and of themselves, these developments don't portend a major breakthrough in the nearly four-year-old conflict in eastern Ukraine. Prisoner swaps with separatist forces have occurred several times before, and meetings between U.S. and Russian officials over the struggle are hardly uncommon. Nevertheless, the context and timing of these events suggest that they may be more than just business as usual.

Let's start with the meeting between Surkov and Volker — their third in four months. The discussion was the first time the United States and Russia exchanged proposals on U.N. peacekeepers in Donbas since Putin floated the idea in September. Volker and the U.S. delegation reportedly presented 29 proposals on the force, though Surkov and the Russian side responded that only three were acceptable to the Kremlin. The details of the plans are not yet available to the public, but each side's position is well-known by now. Moscow believes that a U.N. peacekeeping force should be limited to the line of contact between Ukrainian and separatist forces. Washington, on the other hand, agrees with the Ukrainian government that peacekeepers should have access to all of Donbas, including the border between the separatist territories and Russia.

The lingering disagreements over the scope and scale of the mission probably explain why the Russian side rejected most of the U.S. proposals. Notwithstanding their diverging views, however, Russia and the United States have increased the pace and intensity of their consultations over the Ukraine conflict in recent months. Volker and Surkov, moreover, both confirmed that they would continue their discussions to try to come up with "ways to address this challenge."

One possible solution could be the latest prisoner swap. The prospective trade would be the largest to date in the conflict: Kyiv would hand over 304 people from Donbas in exchange for 74 people from Ukraine. Furthermore, Putin's phone call with the heads of the Donetsk and Luhansk republics — his first officially acknowledged communication with the rebel leadership — suggests that the Russian president is taking on a more prominent role in negotiations. His involvement in the exchange also indicates that the latest meeting between Volker and Surkov should not be seen as a failure, but rather as a prelude to more meaningful talks in the future.

Combined with the uptick in diplomatic engagement over the conflict, the discussions of another prisoner swap could indicate that Russia is rethinking its position in Ukraine. But that doesn't mean Moscow is about to concede. Agreeing to the conditions that the United States and Ukraine have laid out for U.N. peacekeepers in Donbas would require Russia more or less to abandon its campaign in the region. The supplies and personnel crossing the border between Russia and the separatist territories, after all, are key to sustaining the rebels against Ukrainian forces.

Instead, Moscow is probably taking the opportunity to present itself as a more constructive participant in negotiations with Ukraine and the West. Being more cooperative on issues such as prisoner swaps affords Moscow leeway to work around the edges in the negotiations, while possibly laying the groundwork for a compromise down the line. At home, meanwhile, the strategy could not only help stave off further economic sanctions from the United States and European Union, but it could also give the Putin administration more room to maneuver as Russia's next presidential election approaches. More important, it will buy Russia time in the Ukraine conflict as Moscow builds leverage against the West in other areas of mutual interest, such as Syria and North Korea.

Despite the glimmers of progress in the negotiations over Ukraine, the war probably won't come to an end anytime soon, nor will the enduring standoff between Russia and the West. The forces driving both conflicts are still in place. Yet as the events of the past few days demonstrate, Russia's approach to the issues is shifting, perhaps making way for more serious negotiations in the future.

If you see a spelling error on our site, select it and press Ctrl+Enter
Tags:RussianAggressionPutinAtWarVolker