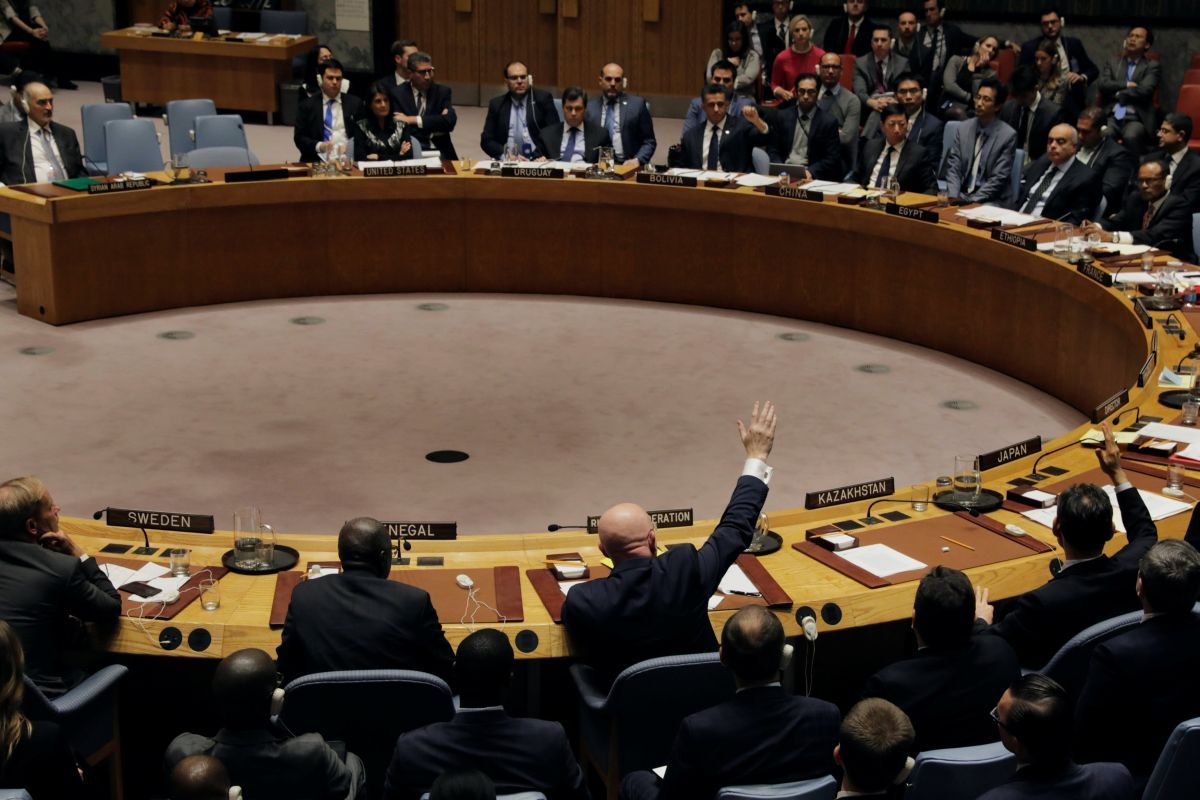 Ukraine was the first country reviewed, and rapporteurs on the country included representatives from the Netherlands, Rwanda, and Georgia, constituting the so-called Troika.

Irakli Jgenti, the Deputy Chairman of the Permanent Mission of Georgia to the United Nations Office in Geneva, spoke on behalf of the Troika and presented the recommendations to Ukraine.

He said that during an interactive dialogue on November 15, some 70 delegations of the countries participating in the UN Human Rights Council issued their statements, and 11 participating countries sent advance questions to the Ukrainian side. As a result, the delegation of Ukraine received 190 recommendations.

Ukraine should consider these recommendations and address them no later than March 2018 at the 37th session of the UN Human Rights Council.

However, Jgenti did not disclose details of these recommendations.

Also, Jgenti said that the Troika would like to thank the Ukrainian delegation led by Deputy Minister of Justice of Ukraine for European Integration Serhiy Petukhov and delegations of other countries for constructive participation in the preparation of the report on human rights in Ukraine.

In turn, the chair of the Working Group's meeting said that the full text of the report along with the final section would be distributed by e-mail on November 24, 2017.

He also said that all delegations would be able to introduce editorial corrections in the final part of the report in accordance with their statements by December 1, 2017.

According to him, all the relevant proposals should be sent to the Troika with the mediation of the secretariat of the Universal Periodic Review's Working Group.

After that, the draft report was adopted.

The chairperson stressed that the Ukrainian delegation should present its clear position regarding the outstanding recommendations no later than March 2018.

In turn, Petukhov assured that the Ukrainian government would thoroughly and seriously consider all the recommendations, and also submit their position on these recommendations by the 37th session of the UN Human Rights Council in March 2018.

Ukraine is one of the 14 states reviewed by the UPR Working Group during its session from November 6 to 17. Ukraine's first and second UPR reviews took place in May 2008 and October 2012, respectively.

Among the issues raised in the above-mentioned documents are: full implementation of the Minsk Agreements; ending and investigating conflict-related human rights violations and abuses, including summary executions, torture and ill-treatment, arbitrary detention, use of heavy weapons and landmines, use of civilian infrastructures for military purposes, and conflict-related sexual violence; ensuring access to humanitarian assistance; combatting discrimination, hate speech and hate crime on the grounds of religion, ethnicity, sexual orientation and gender identity; protecting the freedoms of religion, opinion, and peaceful assembly; combatting human trafficking and corruption; access to adequate housing, health care, social services, education and employment for Roma, Crimean Tatars, migrants, persons with disabilities, the elderly, IDPs and stateless persons; and eradicating gender-based stereotypes, violence and inequality of income.

If you see a spelling error on our site, select it and press Ctrl+Enter
Tags:UnitedNationshumanrights