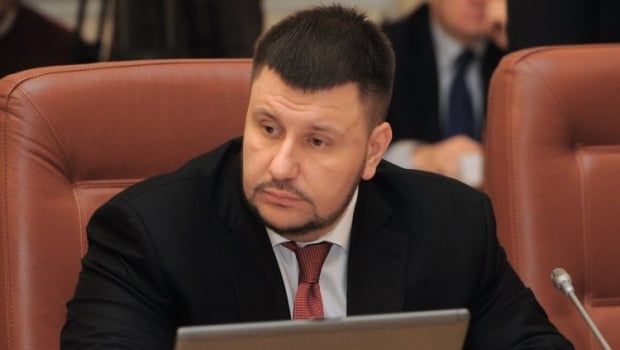 "The law enforcers have received additional materials that the former official deliberately harmed the economic and information security of Ukraine, sovereignty, territorial integrity and inviolability of our state during his tenure," the SBU said.

Based on the materials collected by the SBU, the Main Military Prosecutor's Office of the Prosecutor General's Office on November 17, 2017, opened another criminal proceeding under Article 111 of the Criminal Code of Ukraine.

This is the article on high treason, which provides imprisonment for a period of 12 to 15 years with confiscation of property. The investigation is underway.

In September 2015, Klymenko was notified of the charges under two criminal cases: illegal refunds of value-added tax in 2012-2013, which resulted in UAH 3 billion (US$120 million) in budget losses, and money laundering through bogus companies.

The European Union (EU) on March 5, 2014, froze the assets of 18 former high-ranking officials who were suspected of misappropriation of state property in Ukraine. Yanukovych topped the sanctions list. Klymenko was among the sanctioned ex-officials. The sanctions were originally introduced for 12 months but later extended.

Klymenko announced in June 2016 that the EU had lifted the sanctions against him.

On July 14, 2017, law enforcers launched the second phase of raids across the country, in the premises owned by ex-fiscal chief Oleksandr Klymenko and his family, including in the Gulliver office center in Kyiv. Ukrainian Interior Minister Arsen Avakov said $12 billion worth of property belonging to Klymenko had been seized.

If you see a spelling error on our site, select it and press Ctrl+Enter
Tags:UkraineSBUKlymenkohightreason