Poroshenko thanks Tusk for firm support of Ukraine 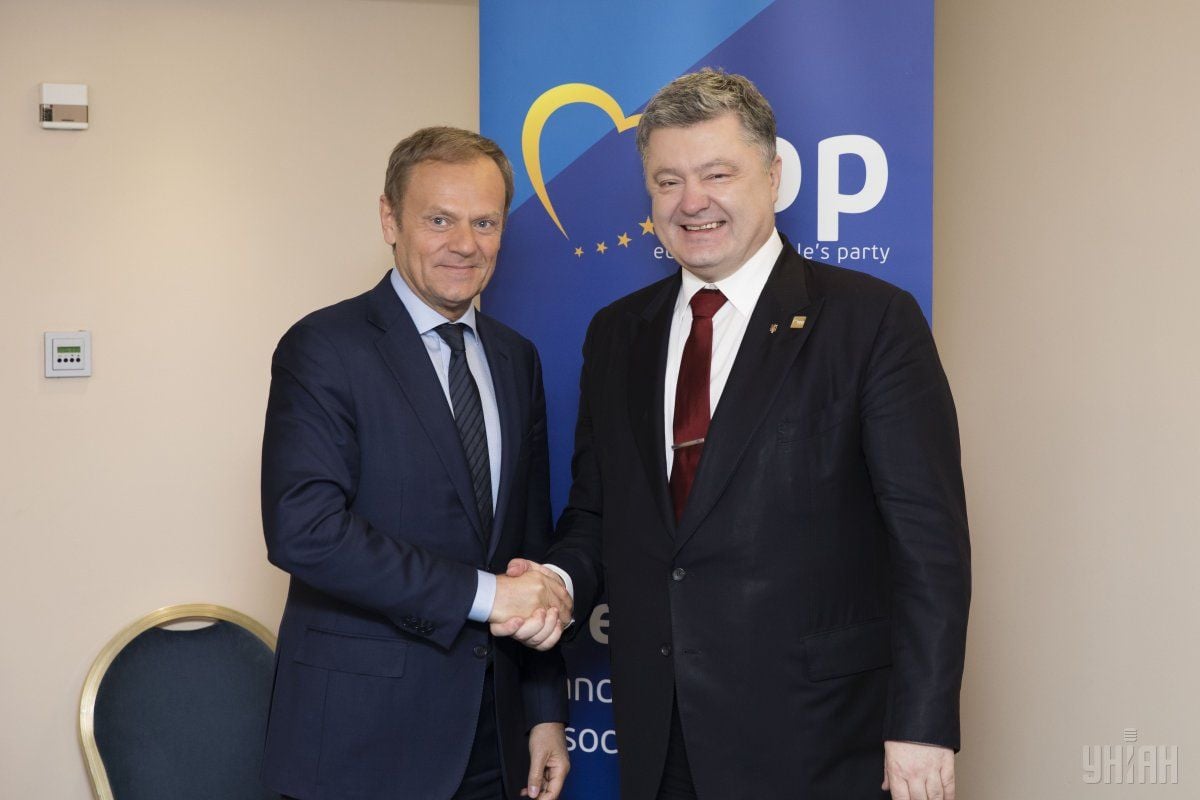 "I am extremely grateful to President Tusk for the absolutely clear, solid and consistent position of support for Ukraine’s European aspirations and sanctions against Russia as a consequence of Russia's aggression against Ukraine," Poroshenko said, according to the president’s press service.

The head of state noted that all vectors of cooperation between Ukraine and the EU had been elaborated. The parties discussed the Eastern Partnership Summit and cooperation in the format of the European People’s Party. He reminded that on the eve of the Summit, the European Parliament had adopted a clear resolution of support for Ukraine. “Everything we asked for was supported and it was virtually a constitutional majority of the European Parliament,” Poroshenko said.

Read alsoPoroshenko, Tusk meet on UNGA sidelinesThe president drew attention to the draft document submitted for discussion by the European People's Party. “It is also a strong message regarding support of Ukraine, condemning Russian aggression, supporting Ukraine on the path of reforms and European aspirations of our country,” the president noted, thanking the EPP for such a stance.

Petro Poroshenko stressed that he was fully satisfied with the results of the meeting with Donald Tusk. "By the way, taking advantage of the opportunity I would like to thank him both as President of the EU and as a Pole for a completely strategic vision of Ukrainian-Polish friendship. This is a responsible position of a responsible person,” said the Ukrainian leader.

If you see a spelling error on our site, select it and press Ctrl+Enter
Tags:PoroshenkoPolandTuskEuropeanUniondiplomacypoliticsEaPEuropeanCouncil