Juncker on EU-Ukraine relations: Moving in the right direction 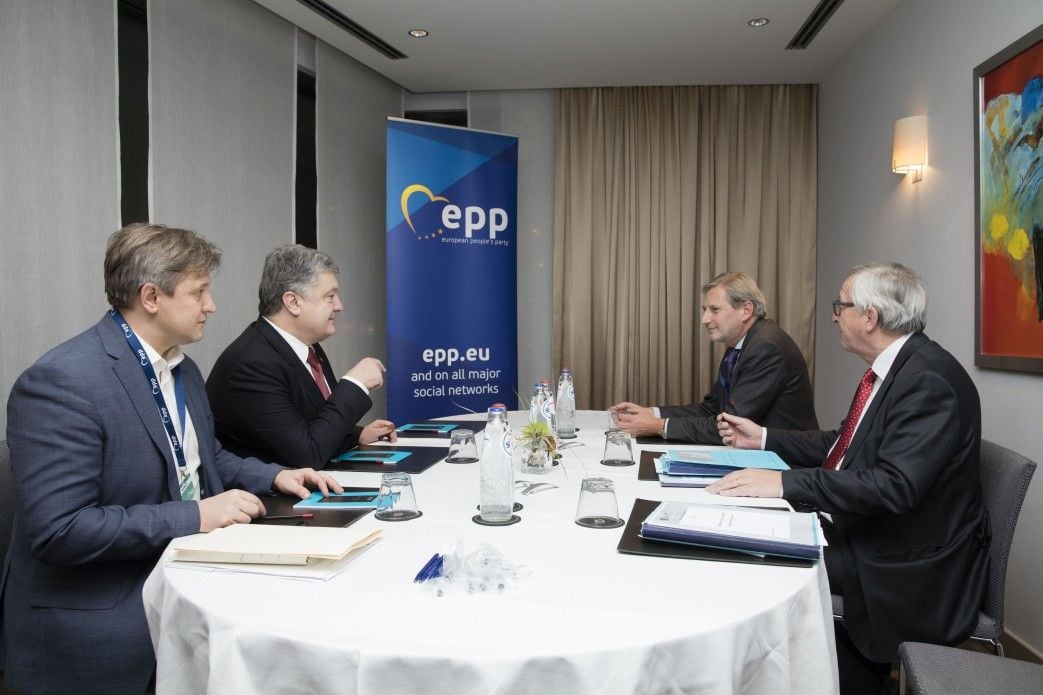 The Eastern Partnership summit, which opened in Brussels on November 24, is not an event on EU enlargement or Ukraine's accession to the bloc, but the EU-Ukraine relations are moving in the right direction, Europeiska Pravda quoted Juncker as saying.

Read alsoPoroshenko thanks Tusk for firm support of UkraineHe also said that the summit would focus primarily on developing and deepening relations with partner countries, including Ukraine. Juncker added that relations should and would be consolidated.

Ukrainian President Petro Poroshenko, who came to attend the summit, met Juncker on the sidelines of the Sixth Meeting of the leaders of the European People's Party on the Eastern Partnership.

The two leaders discussed the implementation of the reform agenda in Ukraine, the fulfillment of the EU-Ukraine Association Agreement, ways to optimize the EU's financial assistance and prospects for a new financial bailout, the Ukrainian president's press service said.

The parties discussed the ways of implementing the Ukrainian president's initiative for Ukraine's integration into the EU's common digital and energy markets.

Special attention was paid to preparations for the European Investment Conference on the assistance to Ukraine, scheduled for 2018.