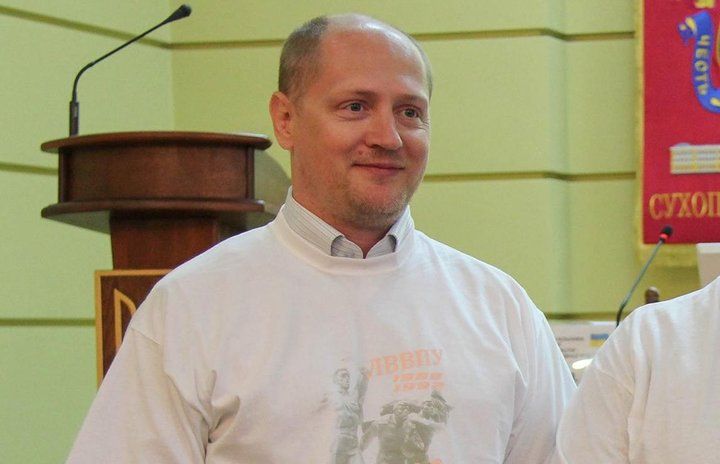 Following a briefing by a KGB spokesman on Monday, who claimed that the Ukrainian reported had created a network of intelligence assets across Belarus, Ukrainian Ambassador Igor Kizim said he was shocked not only by the report itself but also its tonality, Novaya Gazeta reports.

In addition, Belarusian TV aired a 30-second fragment of a video footage of Sharoiko’s interrogation by the KGB. On the said footage, the journalist says only two phrases:

“I was transferred from the department, which dealt with journalists working under cover, to a department where diplomats work under cover. I still have no idea what this move was connected with, but I assume that this was done on the eve of the arrival in Belarus of the first secretary of the embassy of Ukraine, Colonel Skvortsov, Igor Vasilyevich.”

Igor Skvortsov left Belarus immediately after Sharoiko's arrest, even before being formally announced persona non grata. On Wednesday, November 22, Ukraine expelled the Belarusian diplomat. And this is an ordinary diplomatic practice, indeed.

“But, to be honest, Sharoiko’s phrase during the interrogation, is surprising at least by construction,” the publication notes. "A department that deals with journalists working under cover" and "a department where diplomats work under cover"... The author of the article says testifying on being transferred from one department to another does not make sense, and casts doubt on such a sophisticated structure of the Ukrainian military intelligence, of which KGB says Sharoiko is part. It is also noted that the journalist’s alleged “transfer” to the diplomatic cover department would meaningless considering the fact that he has been working as a journalist, not an embassy advisor or other diplomatic staffer.

Read alsoUkraine journo charged with espionage in Belarus dismissed from intel service back in 2009 – Military Intelligence DirectorateBelarusian TV aired a video showing the alleged evidence of Sharoiko’s involvement in the spying ring. It was an ID card of a military intel Colonel and some A4 format sheets of paper. KGB spokesman explained the high rank of the Ukrainian journo with the fact that the man used to head the press service of the Main Intelligence Directorate of the Ministry of Defense of Ukraine. The interesting thing here is that all 7 years of his service with the military was mentioned in the accreditation papers when he applied for a corresponding permit in Belarus back in 2011.

The publication ridicules the idea that a former intelligence press office head, that is a public figure, would then go on an “undercover” mission to another country. “It is impossible to imagine” that an active spy under any cover have his military ID card on him in the country where he has been deployed and moreover, keep at home “copies of his intelligence reports to the headquarters” – another piece of “evidence” presented the KGB claims it obtained.

The author of the piece questions the validity of Sharoiko’s entire testimony, saying that once thrown in a KGB pre-trial detention center, may be tortured, blackmailed and otherwise threatened to say the right thing for the investigators. And given the three-week silence of Sharoiko’s wife after the arrest of her husband, apparently, the operatives may have kept the family in fear as well.

Read alsoUkraine NGO reveals details of Ukrainian journalist Sharoiko's detention in BelarusThe Sharoiko case appears clumsy and strongly reminds the last year’s arrest of Ukrainian journalist Roman Sushchenko in Moscow. All were initially silent about his arrest, too, and it was the members of a human rights organization who accidentally found him in a Moscow detention center. The FSB also branded the man a military intelligence Colonel.

“In general, the story with Sharoiko appeared very timely: here is the exposure of the Ukrainian intelligence network in Minsk, and the next day comes the statement by the Belarusian Foreign Ministry that Alexander Lukashenko will not go to the Eastern Partnership summit in Brussels. Probably, by his exemplary behavior, he earned another couple of loans from Russia,” says the author of the article.