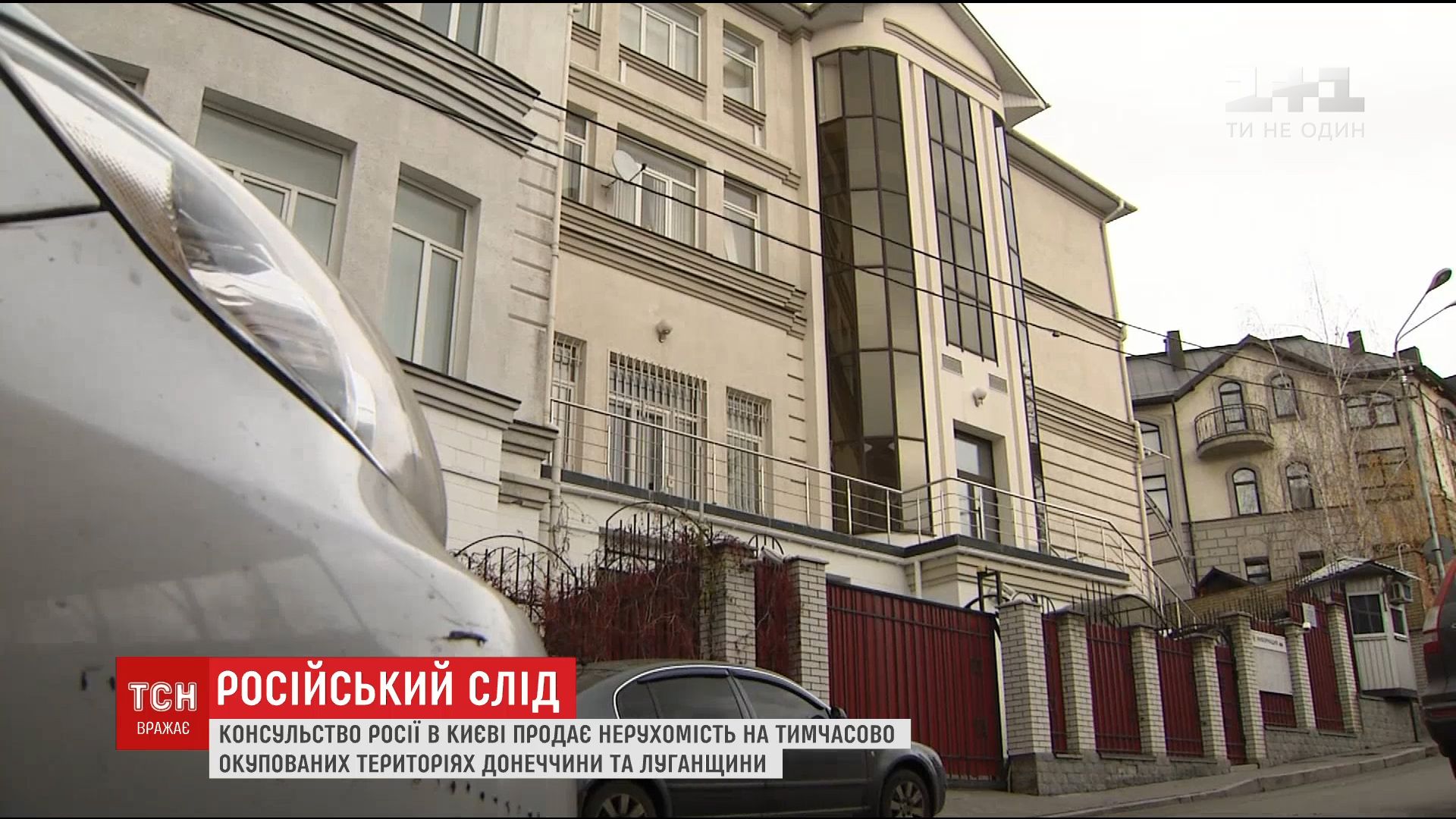 Halyna is one of the internally displaced persons who fled from the Russian occupation in the city of Luhansk. Her full identity is not disclosed for security reasons. She helped the TSN crew to expose this scheme. The woman wanted to sell her apartment in the occupied area and contacted real estate agents several times, but they all would redirected her to the Russian consulate where she could allegedly get a letter of authority that would be valid in territory not controlled by Ukraine.

The journalists who accompanied Halyna were not let in the diplomatic building – they were told that to apply for such a document, they need to book an appointment at the Russian consulate a month prior to a visit in order to let consulate workers verify information, and only then, after a call back, an applicant can visit the consulate.

The so-called consular fee was fixed at UAH 1,000, which is less than US$40. Yet, there is no need to provide a certificate of ownership of real estate, as only a passport and personal data of a person who will be mentioned in a letter of authority are required.

Read alsoMoscow diplomats said behind formation of militarized Russian, Cossack groups in U.S. - mediaYet, Halyna was able to film her visit to the Russian consulate, using her cell phone. Obviously, this situation is not a rare case, as there was a man in the line before her with a similar purpose of the visit – he needed a letter of authority to sell his property in another Russian-occupied city, Donetsk. An employee of the consulate offered Halyna to terminate her registration as a resident of her Luhansk apartment on the spot. She was asked to pay UAH 970, or US$36, at the consulate for the letter of authority and was assured that the document would be valid in Luhansk. "Yes, it will," the female worker of the diplomatic mission said.

Ukraine's Ministry of Foreign Affairs is outraged at the deal. Ukrainian diplomats insist that the Russian side has thus violated several articles of the Vienna Convention on Diplomatic Relations. "Firstly, it should be noted that under Article 55 of this Convention, a consular officer in the country of accreditation must comply with the legislation of the host country. Secondly, there should be no interference in the internal affairs of the host country. This is absolutely unacceptable. This is another proof that the Russian Federation is present in the temporarily occupied areas," head of the consular services department Vasyl Kyrylych said.

Ukraine's Justice Ministry warns that deals concluded in the occupied areas in the Anti-Terrorist Operation (ATO) zone that way with the use of such letters of authority will not be recognized by Ukrainian legislation. "The deals concluded with such a letter of authority in the ATO zone are fictitious transactions and will not be accepted for legal document circulation in Ukrainian territory in future," chief of the notary supervision division of the Justice Ministry's state registration and notary department Mykola Smuk said.

If you see a spelling error on our site, select it and press Ctrl+Enter
Tags:RussiaDonbasoccupationLuhanskConsulate