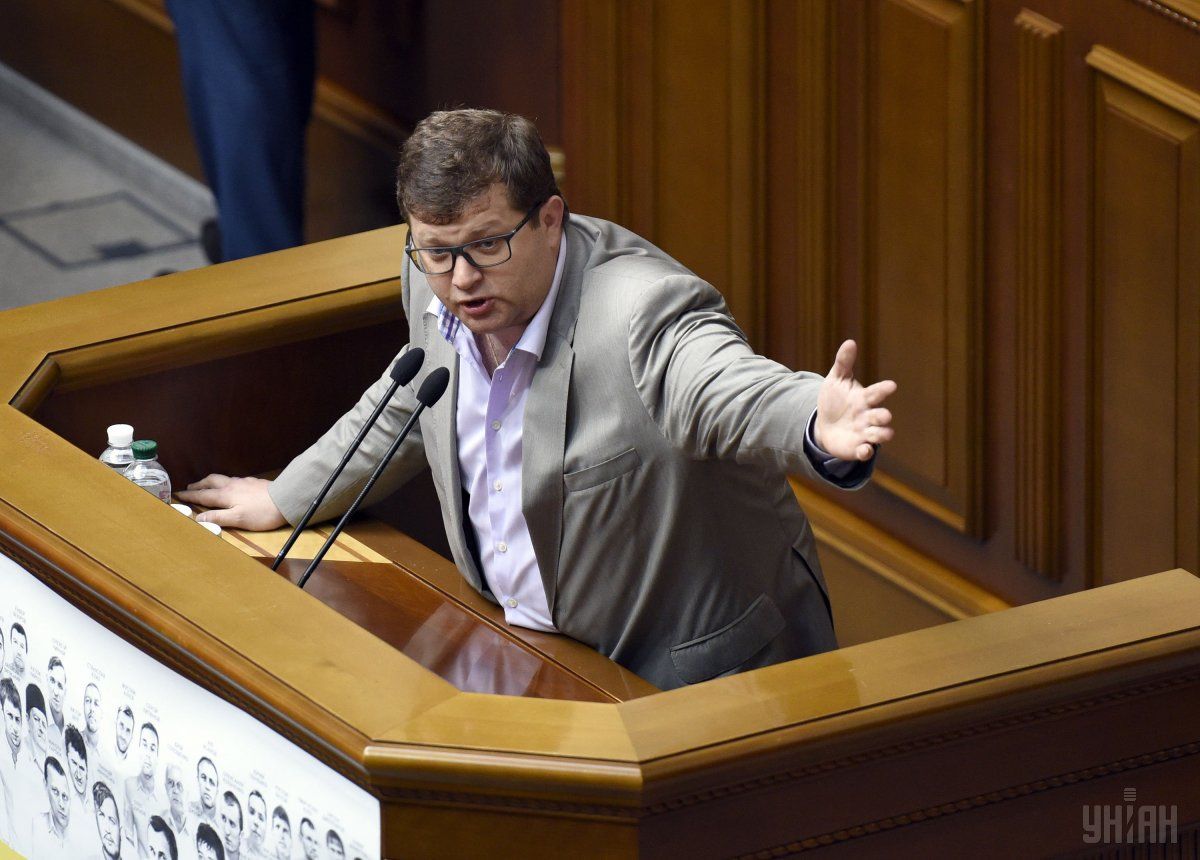 "Such statement and such position, I think, is rather perverted since it actually means that the Secretary General of the Council of Europe calls for protection of the rights of 130 million Russian citizens to avoid the country's exit from this organization at the expense of a significant deterioration of human rights in Ukraine and violation of rights of Ukrainian citizens, in particular, Crimean Tatars and Ukrainians in Crimea, and those living in the occupied territory of Donbas, as well as those 1.5 million citizens who fled from Donbas because of the Russian aggression," Ariev told 112 Ukraine TV channel.

"In fact, this is a call that can be interpreted as undermining the very core of the Council of Europe and discrediting the organization, since it is being made by Secretary General of this organization. Therefore, in this case, I believe that this is outrageous," Ariev said.

Read alsoCoE may lift Russia chief amid fears of Moscow quitting organizationThe head of the Ukrainian delegation also noted that his colleagues from PACE were also outraged by what the said statement.

"We knew that Jagland is promoting the return of the Russian delegation to PACE, but above all it goes against the principles of the Council of Europe, I mean the way he justifies his position; and another thing is his interference in the PACE affairs. PACE is a separate structure in the system of the Council of Europe; it has its president and secretary-general," Ariev said.

He stressed that Jagland is not the head of the parliamentary part of the organization.

"Therefore, in this case, it can be regarded as a direct intervention by Jagland in matters that are purely PACE affairs, since the return of the Russian delegation is determined at the beginning of each year, when the powers of all delegations are updated. And, according to the PACE statute, only the Assembly can decide whether to accept the Russian delegation or not to accept it at all, or to accept it with sanctions and restrictions, as it happened in 2015. And it’s PACE delegates who are to vote on such matters," Ariev explained.

According to him, the Secretary General of the Council of Europe had neither right or mandate from PACE to voice such statements or go on trips "promoting the return of the Russian delegation to the assembly," the head of the Ukrainian delegation to PACE said.

Read alsoUkraine's top parl’t official responds to Jagland's concern over Russia's possible pullback from CoEAsked about Jagland’s possible motives, Ariev said: "It's hard for me to say exactly what Jagland is guided by. He obviously believes that we should retain Russia a member of this organization despite everything... Yagland has long had a rather warm relationship with Vladimir Putin, and, I think, he wants to help his friend in a certain way, to make a gift before the presidential elections in 2018."

At the same time, the head of the Ukrainian delegation stressed that the majority of the members of the delegations in the PACE adhere to the position that the Russians could only return after they cease their aggression against Ukraine.

"The overwhelming majority of those with whom we communicated, quite a lot of PACE members agree that Russia should return to the assembly only after it takes serious steps to de-escalate its aggression against Ukraine," Ariev emphasized.

In addition, answering the question whether Ukraine will leave PACE if Russia returns to the Assembly, Ariev said: "In case of such a hypothetical option, the Ukrainian delegation considers several variants, but all of them are not positive for the Assembly – from a complete cessation of relations with PACE to the minimization of relations. But I really hope that the Assembly will take a decision that is in line with the spirit of the organization, and will not be tricked by someone's political interests."

PACE in April 2014 barred Russian delegates from participating in the work of its Bureau, the Presidential Committee, and the Standing Committee.

Jagland is touring European capitals warning of a serious risk that Moscow could withdraw or crash out of the 47-member body unless its demands are met.

If you see a spelling error on our site, select it and press Ctrl+Enter
Tags:RussiaUkrainePACECoEJaglandAriev