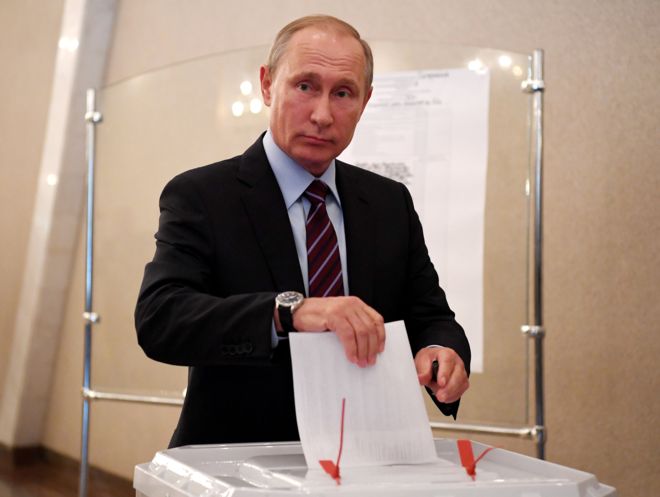 "As for your question about the opposition: why doesn't such [an opposition] emerge that would be competitive... The simplest thing for me to say would be that it's not up to me to raise competitors for myself," Putin said, speaking at his annual presser in Moscow December 14.

At the same time, he noted that there must be competition in politics.

"Although I must say something unexpected: I think that our political environment, as well as an economic one, should be competitive. And, of course, I would very much like - I want it and I will strive for it - that we have a balanced political system. And it is impossible to imagine it without competition in the political field," the Russian president said.

Read alsoEx-U.S. envoy to Ukraine says now right time for Putin to withdraw from Donbas"Why do we seem to have noisy and active opposition who are not a real competition for the current authorities? You know, to put it mildly, great peculiarities have developed in Russia over the past decades," he stressed.

According to Putin, he already has a pre-election program, in which he will concentrate on the development of infrastructure, healthcare, education, and raising the incomes of Russians.

"But I can tell you the main thing, on what, I think, it is necessary to focus attention by both the authorities and the whole society. These are such issues as the development of infrastructure, healthcare, and education. As I've already said, it's high technology, increasing labor productivity, and all of this, without a doubt, should be aimed at increasing the incomes of citizens, increasing the incomes of our people," he added.

Read alsoJournalist explains why Putin allows Sobchak to run for presidentAt the same time, Putin said that he would run for the fourth term as a self-nominated candidate, while at the same time he counts on the support of Russian parties.

Presidential elections in Russia are scheduled for March 18, 2018 – the day of the annexation of the Ukrainian Crimea.

If you see a spelling error on our site, select it and press Ctrl+Enter
Tags:RussiaPutinelections