Canada’s Foreign Secretary talks with U.S. counterpart of peacekeepers for Donbas ahead of Ukraine visit 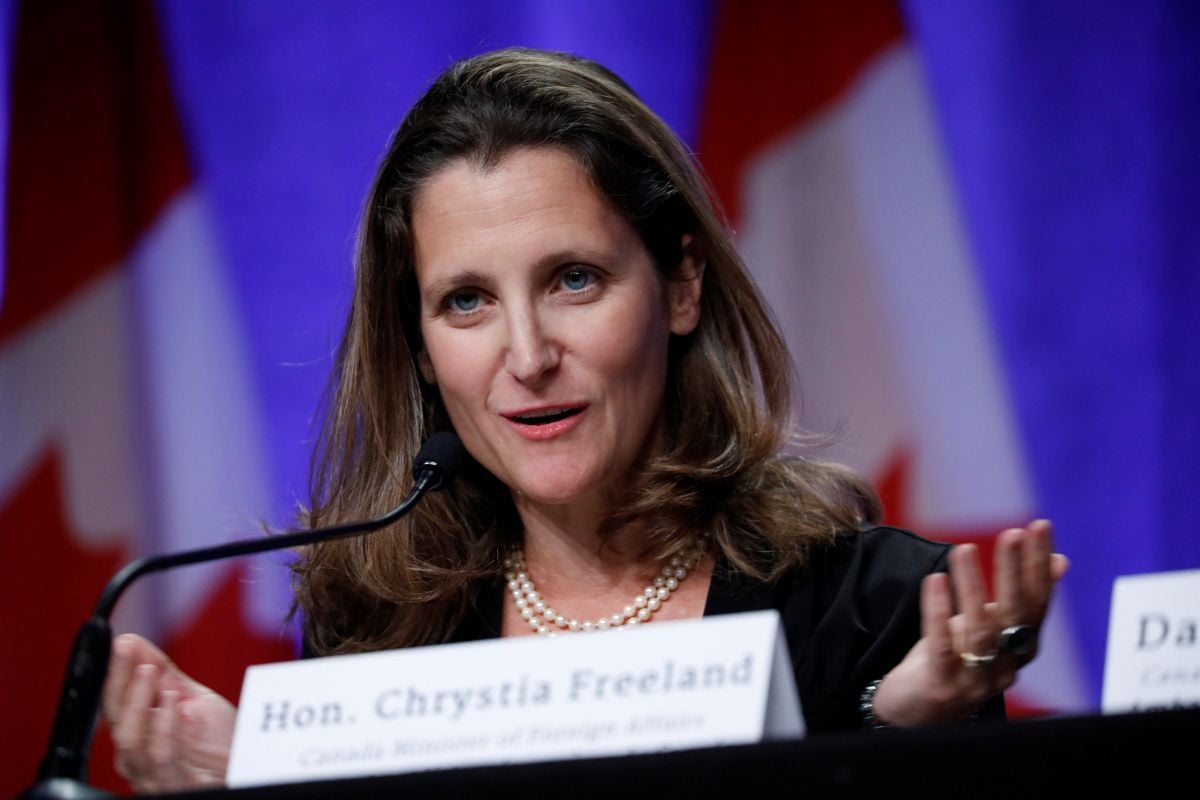 “Regarding Ukraine, Rex and I had a very good conversation about the potential for a peacekeeping mission and our two countries’ resolute support for Ukraine’s sovereignty and territorial integrity in the face of Russia’s illegal invasion and occupation of Ukrainian territory,” Ms Freeland said.

She added that their conversation was “particularly useful” as she was preparing to visit Ukraine December 21 where she is set to meet with the country’s top officials.

In turn, Rex Tillerson said: “Canada’s strong support for Ukrainian sovereignty and maintenance of their territory is very likeminded with the U.S., and we have shared many, many discussions about how we can progress the talks in Ukraine to lead to Ukraine’s restoration of its full sovereignty in the face of Russia’s aggression.”

Read alsoCanada determines Ukraine as appropriate destination for inclusion on firearms control listAs UNIAN reported earlier, on September 20, President Petro Poroshenko, speaking at the general debate of the 72nd session of the UN General Assembly, said that the UN peacekeeping mission should be deployed throughout the occupied Donbas, including the uncontrolled section of border with Russia.

Before that, Russian President Vladimir Putin agreed to deploy UN peacekeepers only along the line of contact in Donbas to “ensure safety” of the OSCE SMM observers. He claimed that this issue could not be resolved without Ukraine’s direct contact with the “leaders” of pro-Russian militants in Donbas.

Read alsoUkrainian OSINT expert tells of Putin's new strategy in Donbas Russia then sent to the UN leadership a draft resolution on the deployment of peacekeepers in Donbas. On November 11, Foreign Minister Pavlo Klimkin said that Ukraine, the United States, and Germany have almost completed preparing a draft UN resolution on a peacekeeping mission in Donbas. The Foreign Minister also said that the UN peacekeeping force should help disarm militants and prepare for holding elections in the ATO area. On December 16, Klimkin expressed his conviction that sanctions against Russian oligarchs from Putin's entourage would force Russia to agree to the deployment in the east of Ukraine of a real UN peacekeeping mission.

If you see a spelling error on our site, select it and press Ctrl+Enter
Tags:RussiaDonbasUkraineUSATillersonKlimkinCanadapeacekeepersFreeland