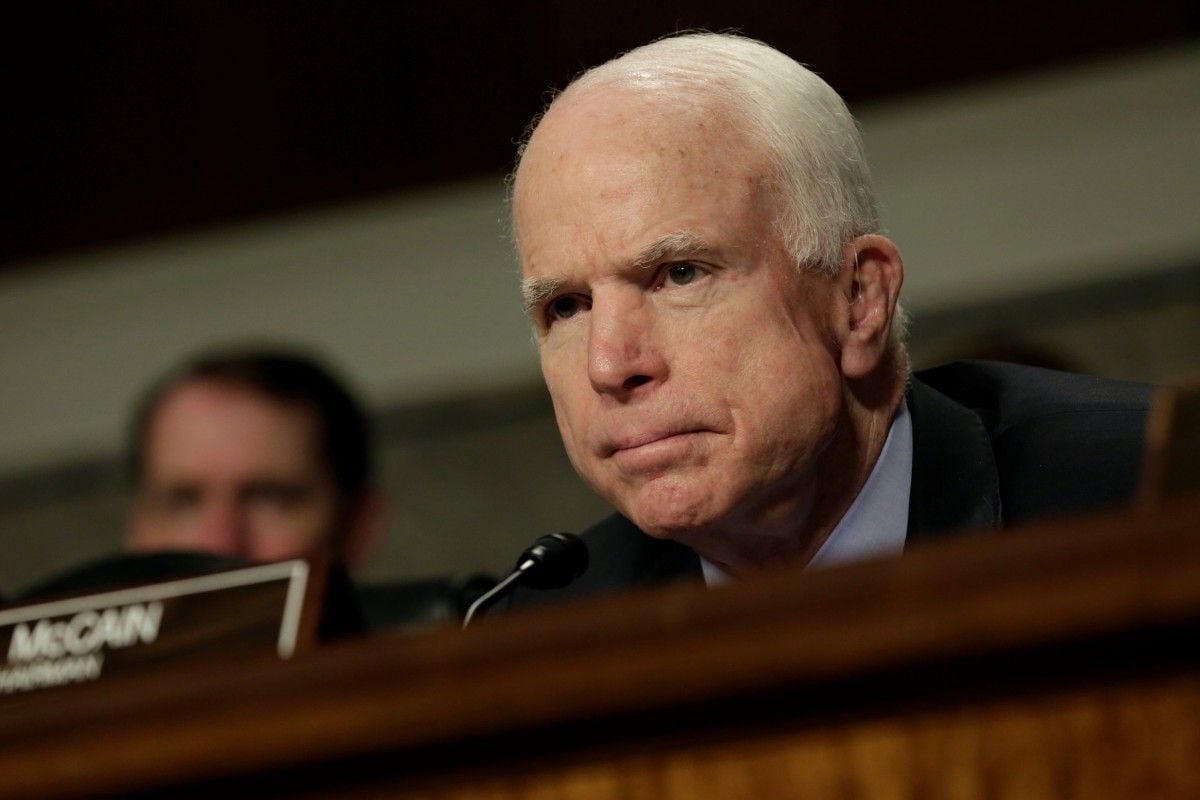 "I welcome reports that the Trump administration has approved the sale of lethal defensive weapons to Ukraine," the Senate Armed Services Committee chairman expressed in a statement, The Washington Examiner reported.

He also took a shot at the Obama administration, which balked at the prospect of arming the Ukrainians. "This decision is years overdue, but nonetheless, it comes at a pivotal moment," McCain said.

According to a report from the Washington Post on Wednesday, the State Department approved a commercial license to permit lethal weapons and ammunition to be exported to Ukraine to assist in their territorial battle against Russia-backed separatists, including Model M107A1 Sniper Systems, ammunition, and associated parts and accessories.

Read alsoWhite House on approval of U.S. arms export licenses to Ukraine: "Nothing new" – mediaMcCain said the fighting in Ukraine has escalated, pinning blame on Russia for withdrawing its officers from "key" ceasefire arrangements.

To counter this, McCain said President Trump needs to authorize bigger weapons, including anti-tank munitions. He also urged Trump and Congress to include $350 million in security assistance for Ukraine authorized by the National Defense Authorization Act in any future budget deal.

McCain wasn't the only top Republican to laud Trump for taking the first step in reversing Obama-era reticence on the issue.

If you see a spelling error on our site, select it and press Ctrl+Enter
Tags:UkraineTrumpMcCainlethalweapons