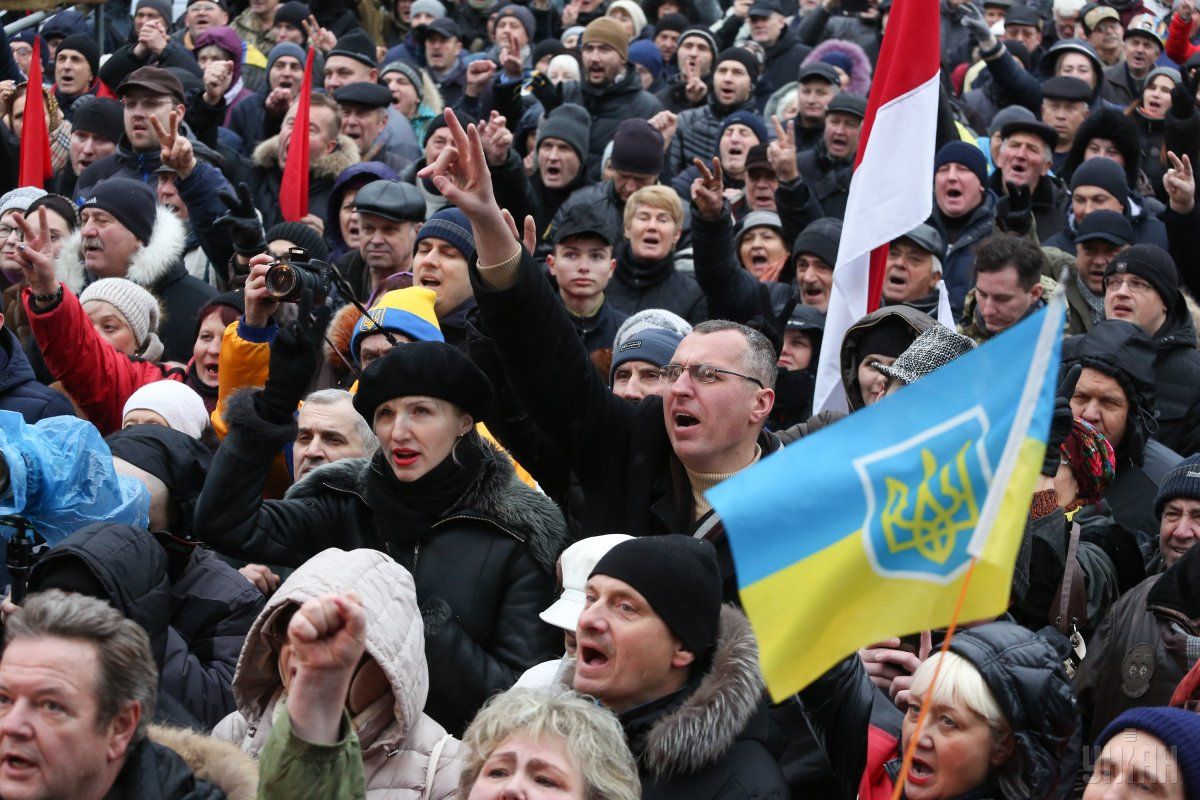 At the same time, only 9% of the Ukrainians consider the fight against corruption in Ukraine to be successful, with only 1% of the respondents who claim it is fully successful. The majority of Ukrainians, or 60%, say the main responsibility for the failure to fight against corruption lies with the president, 37% think this is the courts' liability, while 42% blame the Verkhovna Rada (Ukraine's parliament), 29.5% the newly created anti-corruption agencies, and 25.5% the old law enforcement agencies.

The survey also found out that 17% of the population gave bribes (in cash or in the form of gifts) during the outgoing year, while 14% of the respondents refused to answer this question.

Read alsoPoroshenko has greatest chances of winning presidential elex - pollAt the same time, only 13% of Ukrainians consider it justified to raise salaries for officials, because this will increase the prestige of the civil service and overcome bribery. More than half of the population (54%) are confident that "this will not change anything," and another third believe that "those who are interested only in money, not enthusiasts, will work for high salaries." Only 13% believe that high salaries of employees can help overcome corruption.

Some 8% of the pollees answered that they are aware of many instances of unpunished misappropriation of funds, another 9% noted that they know one or two such examples. A total of 14% of those who became aware of these facts reported this to the authorities, but only 2% received the procedural status of the "exposer," while other reports remained without reaction. Some 22.5% of the population know that anonymous applications and reports on corruption offenses are subject to mandatory verification by the National Agency for Corruption Prevention and the National Anti-corruption Bureau of Ukraine, while 72% know nothing about this.

The research was conducted from October 23 to November 5, 2017. Some 1,614 respondents aged 18 years and older were interviewed in all regions of Ukraine except for Crimea and the occupied territories of Donetsk and Luhansk regions. The margin of error does not exceed 2.6%.

If you see a spelling error on our site, select it and press Ctrl+Enter
Tags:Ukrainepollfightingcorruption