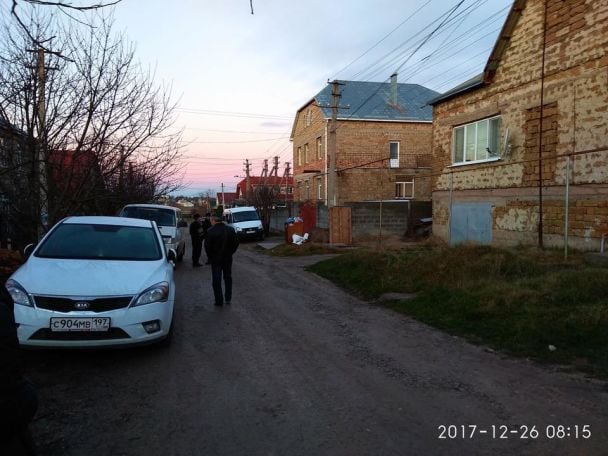 The woman, probably the mistress of the house, sat in one of the law enforcers' vans without force being used against her. The woman is yet to be identified,  RFE/RL's Krym-Realii reported.

However, the law enforcers specified that the woman had been taken to the office of the Investigative Committee for the Crimea on Kyivska Street, according to Crimean Solidarity association.

Read alsoBakhchysaray Palace in occupied Crimea under threat from "renovation"The activists report there are two women with five young children in another house on Hayri Emir-Zade Street, raided early Tuesday. Security operatives were reported to be conducting a search on both of the house's floors. No detentions have been reported so far; however, neighbors and relatives were not allowed to the site amid ongoing "investigative measures."

Russian law enforcers have not publicly commented on the raids.

If you see a spelling error on our site, select it and press Ctrl+Enter
Tags:Crimeahumanrightsraidsoccupationauthorities