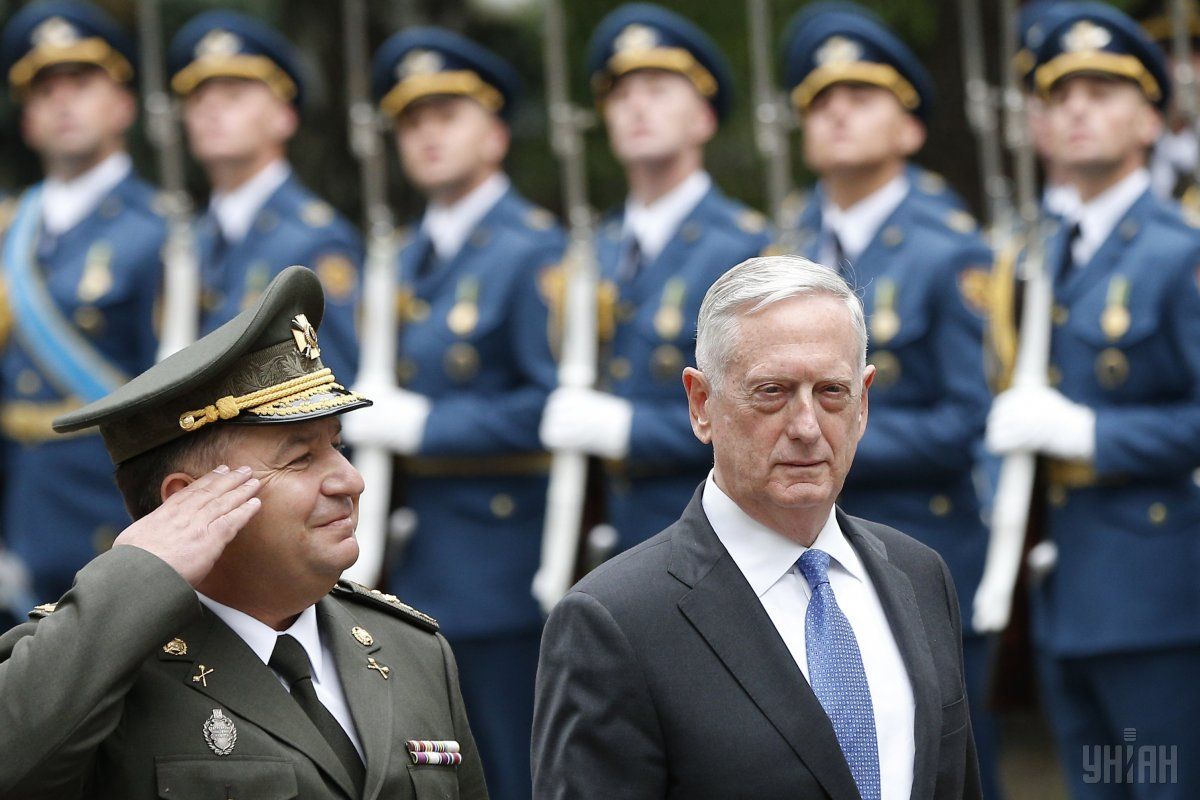 "As long as no one wants to invade Ukraine, hopefully it won't have any big impact. They're defensive weapons," Mattis said on December 29, in his first remarks since the U.S. State Department announced approval of "enhanced defensive capabilities" for Ukraine on December 22, RFE/RL wrote.

Moscow has denounced the move, saying it "crossed a line" and was "clearly pushing [Ukraine] towards new bloodshed."

The United States has not specified what new weapons it will provide to Ukraine, but U.S. media reports have said they could include Javelin antitank missiles, which Ukraine has urged the United States to supply.

Read alsoPoroshenko: U.S. decision on arming Ukraine to become "transatlantic vaccination against Russian virus of aggression"Mattis said providing new weapons for Ukraine does not signal any plan to expand the U.S. presence there, despite speculation that the move will force the United States to get more deeply involved in the conflict with Russia-backed separatists in Eastern Ukraine that has killed more than 10,300 people since it broke out in 2014.

"I don't see an evolving U.S military role in Ukraine," he said. "Right now, we have some trainers there helping to train their army to NATO standards, and that has a lot to do with making certain it serves the needs of the Ukrainian people, in the way democracies' armies do."

Mattis said the number of U.S. military trainers in Ukraine has not changed in the last six months. "So the U.S. military role remains the same," he said.

If you see a spelling error on our site, select it and press Ctrl+Enter
Tags:UkraineUSAweaponsMattis