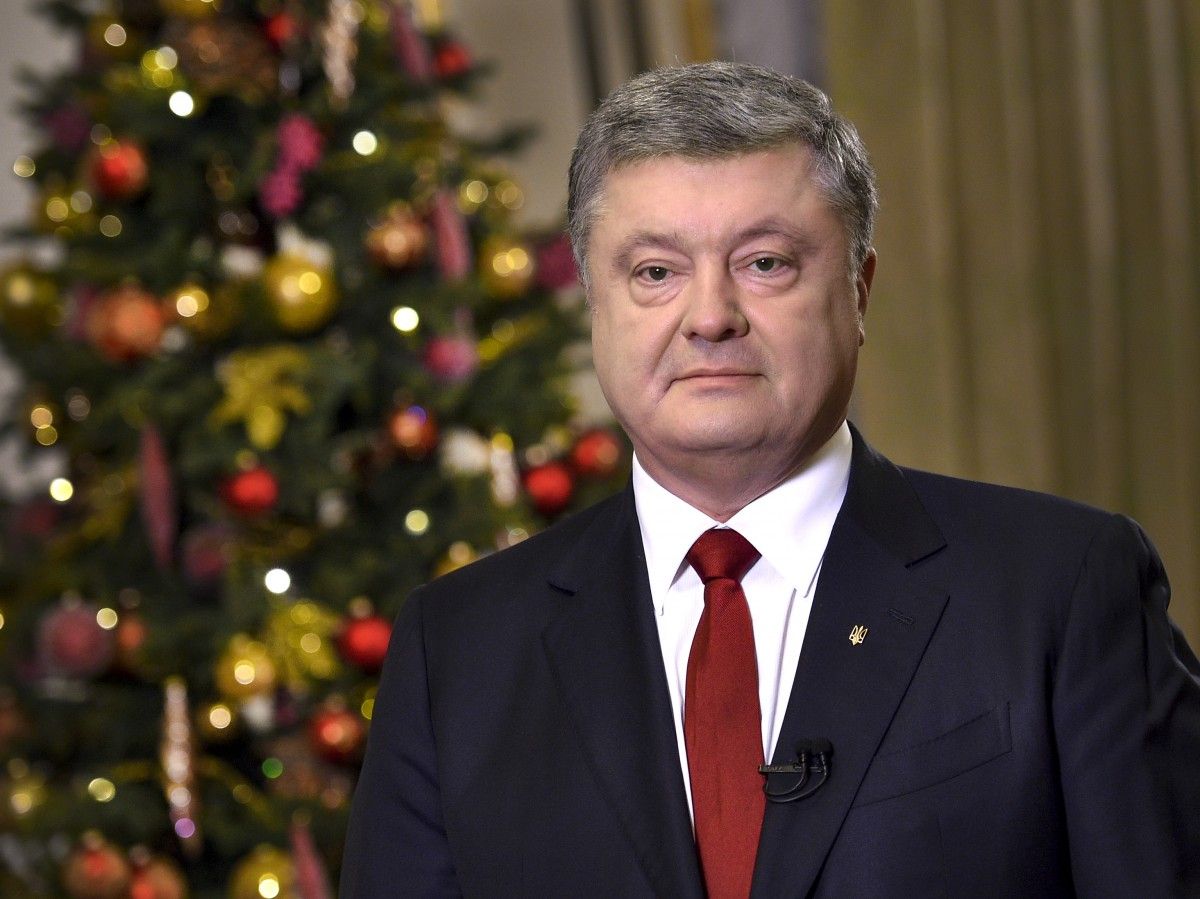 "I wish Ukrainian citizens and Ukrainians all over the world peace, happiness and prosperity!" he said, closing out the year on December 31.

"As President, I will provide the political conditions necessary for the economic growth," he said.

He also warned against destabilization of the situation in the country and called on the Ukrainians to be united.

"Let Crimea and Sevastopol, Donetsk and Luhansk hear my sincere wishes through the artificial delimitation lines. Brothers and sisters, your home is Ukraine… At some point we will banish and punish the robber who plundered our home," he said.

"Optimism, faith in our country, our forces are our main resource. Everything will be alright," he said.

He also greeted the international partners of Ukraine.

Read alsoPoroshenko releases video of Ukraine's major achievements in 2017"I convey sincere greetings to our international partners. The United States has just announced a decision to supply modern defensive weapons to us. A step in this direction was made by Canada and other states. The European Union extended sanctions against the aggressor country as well," he said.

"And the decision of the Stockholm arbitration tribunal was made as if it is a Christmas gift. It protected us from the extremely unfavorable conditions of the gas contract of the ninth year," he said.

Poroshenko also mentioned EU visa-free travel for Ukrainians as an achievement of 2017.

"Once again, I greet hundreds of thousands of Ukrainians who have already used the visa-free regime. And millions who will take the advantage of it in the future. I congratulate all of us on our resolute and irreversible movement towards Europe. Last year's festive night we only made a wish for the visa-free regime and now it came true," he added.

If you see a spelling error on our site, select it and press Ctrl+Enter
Tags:President Poroshenko