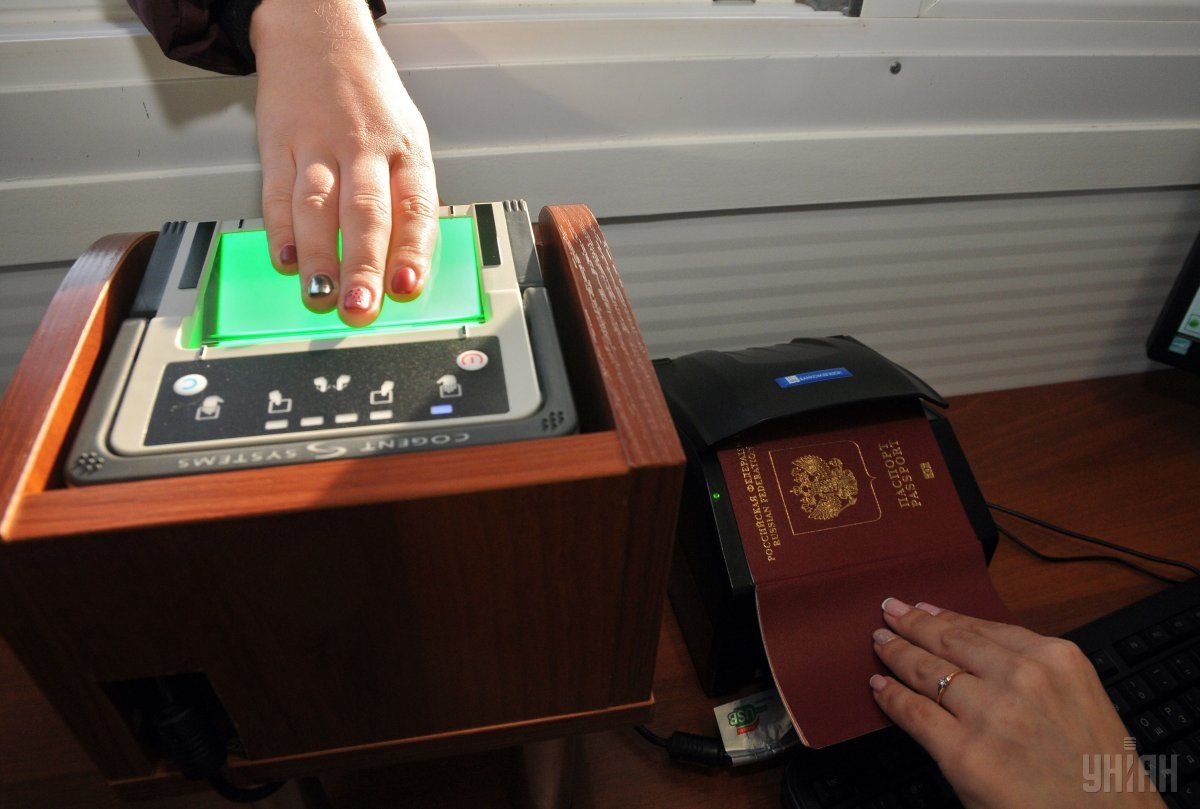 Biometric monitoring systems will operate at 157 international border crossing points, including airports. It not only allows the Ukrainian security agencies to control the length of foreigners' stay in the country, but is also connected to INTERPOL's databases.

Read alsoBiometric passport control for Russians to be introduced earlier than planned, from Dec 27Such data will be gathered by the National Verification and Identification System of Ukrainian citizens, foreigners and stateless persons.

Border crossing rules for Russian citizens will be even tougher: along with biometric control at the border, they'll need to additionally register in the corresponding electronic system before visiting Ukraine and notify about their visit at least a month before. Further, the Ukrainian authorities planned to introduce mandatory registration by Russians at the place of stay in Ukraine and inform in detail about the route of their travel through Ukrainian territory.

However, only the verification of biometric data will work to the full extent from January 1, 2018.

Read alsoBiometric control launched in test mode at Ukraine border checkpoints"Ukraine has not yet decided which agency will be in charge of preliminary electronic registration. Moreover, this issue has not been regulated legislatively, so there is no understanding of how this decision should be implemented," a source in the Foreign Ministry told the news agency RBC Ukraine.

Collecting biometric data from other foreigners and stateless persons at the checkpoints across the state border of Ukraine will be based on the results of analysis and risk assessment, the Foreign Ministry noted.

At the same time, Ukrainian citizens who arrive from the occupied areas will not be subject to biometric control.

"This will not be introduced at the administrative border with the occupied areas, as citizens of Ukraine live there. Russian passports issued in Crimea are not considered a legal document, but if a Russian citizen arrives by a ferry crossing service and wants to get to mainland Ukraine through the administrative border, he or she violates Ukrainian legislation because they have travelled via a closed border checkpoint. They will be refused entry into Ukraine and will most likely be barred from entering Ukraine for three years," speaker for the State Border Service of Ukraine Oleh Slobodyan told Espresso.TV.