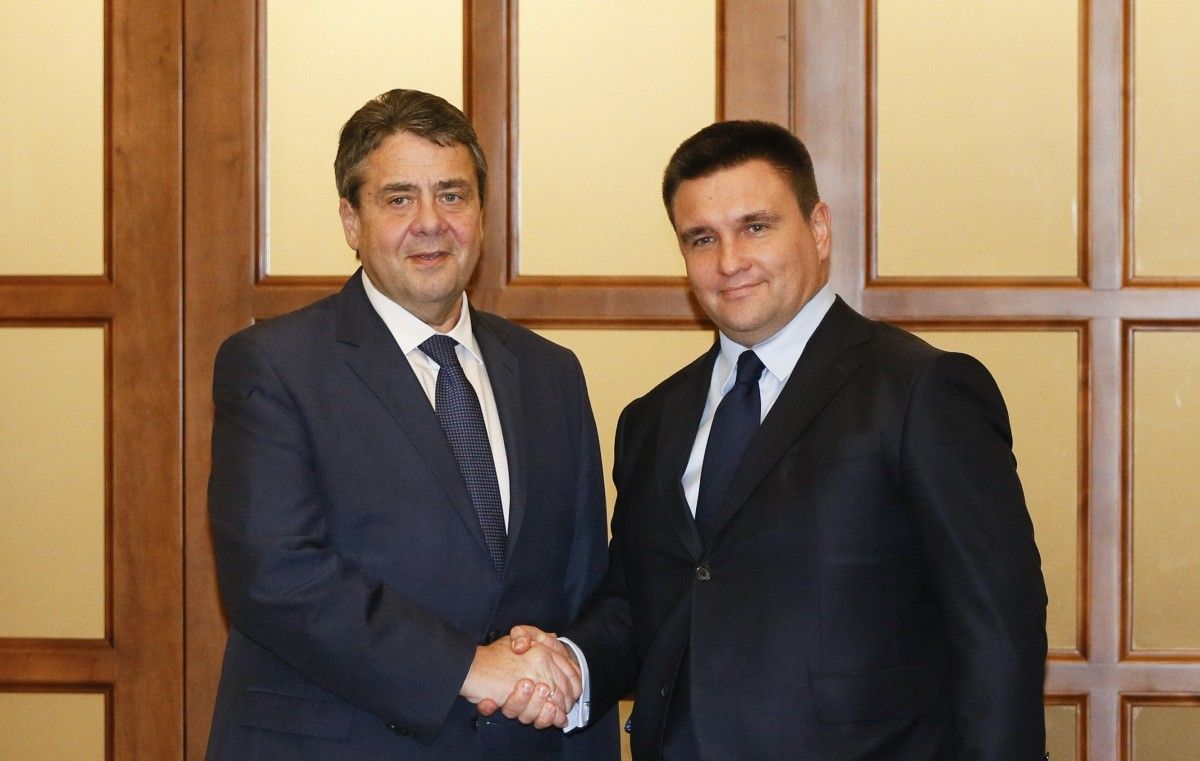 "You know that we have done a lot to ensure that Russian fraud, as in the case of deliveries of Siemens turbines to the territory of the occupied Crimea, never happens again," Klimkin said.

"I believe that this has become a sad lesson for all that is German, not only German businesses, and now of course there are companies such as Volkswagen or Adidas, allowing their retailers to attribute Crimea to Russian territory. We will certainly get them, we will get them not only by political methods but also by legal ones," the Ukrainian Foreign Minister stressed.

Read alsoGermany’s Gabriel doubts effectiveness of lethal aid to UkraineAs UNIAN reported earlier, the reports on supplies of Siemens turbines despite sanctions to power plants in the occupied Crimea first came in July from Reuters citing three sources familiar with the project.

As specified by two interlocutors of RBC news agency, the equipment was made at a JV Siemens and Power Machines plant in St. Petersburg. After that, the turbines were partially redesigned at Rostec plants. This information was later confirmed by Rostec’s subsidiary Technopromexport. It was this company that purchased gas turbines manufactured by Siemens from a joint venture and then delivered them to Crimea for the construction of power facilities.

Read alsoSiemens to change work with Russian customers after Crimean turbine disputeIn the first case, the demands of the German concern were related to the need to take interim measures and seize the four turbines delivered to Crimea. On August 20 the claim was denied. In the second case, the claim was filed in conjunction with Power Machines. The essence of claims of the German company was not revealed.