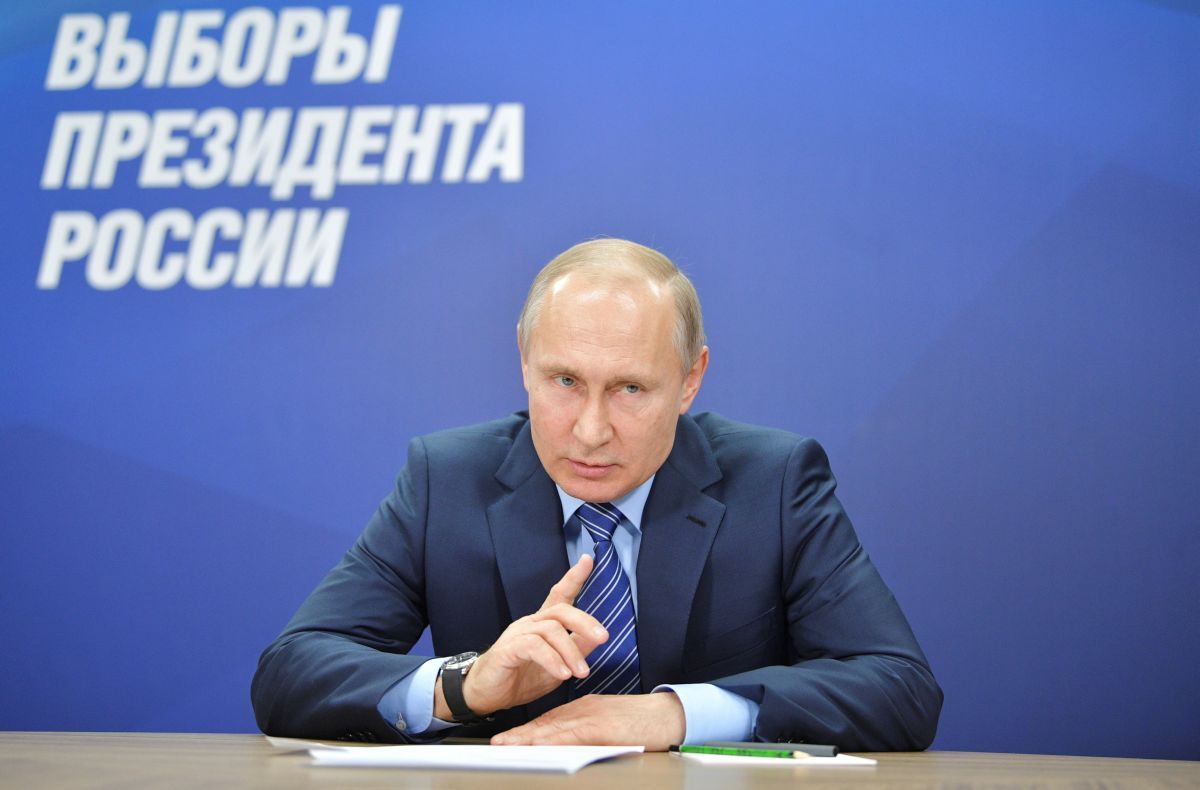 Answering questions on the air of 112 Ukraine TV channel on what was the reason for Putin to voice such a statement, he said that "this is connected with his own prospects, including internal ones, referring to the presidential elections and raising his rating."

In addition, Romanenko emphasizes that, first of all, this statement is aimed at improving Putin's international image.

"This is an opportunity to show himself as a peacemaker. In this regard, we hear concessions on the introduction of UN peacekeepers in eastern Ukraine, and a number of other points... Putin is looking at other steps toward Ukraine," the general said.

Read alsoPutin still thinks Russia-Ukraine relations will normalize, cites growing trade in 2017"Putin is trying to show that he does not preserve the situation in Ukraine at a standstill, he is ready to change it. Many efforts are being made by Putin's and Russia's apologists in Europe to gradually remove sanctions against the Russian Federation, so he needs to give more arguments for his apologists. This is one of the steps," the expert said.

Romanenko said that the Ukrainian Navy fleet in Crimea had been seized.

"There is a well-known video where Russian Defense Minister reports to his commander-in-chief that all Ukrainian equipment has been transferred to the Ukrainian side. That is, it was a deliberate lie, and they confirm with their actions that one lied to another at the time and the other took this lie, being aware that this was a lie," Romanenko added.

"Using this opportunity, I'd like to say we are ready to continue this process: we are ready to return Ukrainian military ships that are still in Crimea, we are ready to hand over aviation equipment and armored vehicles. However, it [the military equipment] is such a wreck. But it's none of our business. This is the condition it actually was in. And naturally, nobody has ever serviced it all these years," Putin said at a meeting with editors-in-chief from Russian printed media and news agencies in Moscow on Thursday, January 11.

After the annexation of Crimea in March 2014, Russia began to transfer captured equipment to Ukraine, but the transfer was suspended after Russia had invaded eastern Ukraine.

Read also"We’ll not sell out Crimea for ships" - Gerashchenko on Putin's statementOn April 15, 2014, the-then Deputy Defense Minister Anatoly Antonov said that the Russian Defense Ministry suspended the transfer of weapons and military equipment from the occupied Crimea to Ukraine. At that time, 389 armored vehicles were transferred, including eight helicopters and three warships.

On July 5, Russian Foreign Ministry stated that Moscow had suspended the transfer until "complete termination of hostilities by Ukrainian forces".

To date, 17 ships, boats and ships have remained in Crimea, including 11 warships, with the large landing ship Kostyantyn Olshansky among them, the Slavutych command vessel, anti-submarine corvettes Ternopil and Lutsk, sea-sweepers Cherkasy and Chernihiv, the Zaporizhia submarine, a rescue tug Kremenets, and other vessels.