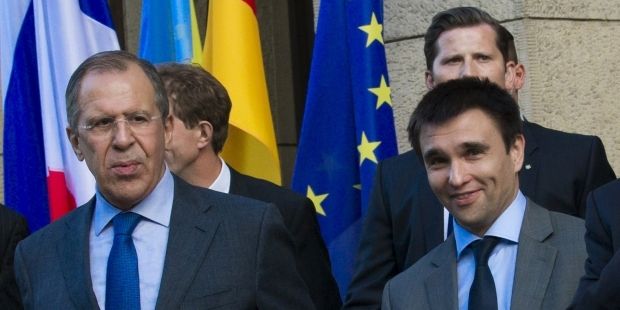 "I've just spoken with Lavrov about the release of our hostages and political prisoners, as well as the format of a possible UN peacekeeping mission for occupied Donbas. The positions are sundered, but we'll have to work further. We have also talked about the JCCC [the Joint Centre for Control and Coordination] and touched on his annual press conference," Klimkin wrote on Twitter.

Read alsoLavrov accuses Ukraine of violating Budapest MemorandumAs UNIAN reported earlier, Lavrov announced on Monday that Russia continues to "respect" the territorial integrity of Ukraine after the annexation of Crimea, and the revision of the "Russian–Ukrainian Friendship Treaty" is irrelevant.

If you see a spelling error on our site, select it and press Ctrl+Enter
Tags:UkraineKlimkinLavrovhostageswap