Ukraine faces a heightened risk of instability in 2018 – GRI analyst 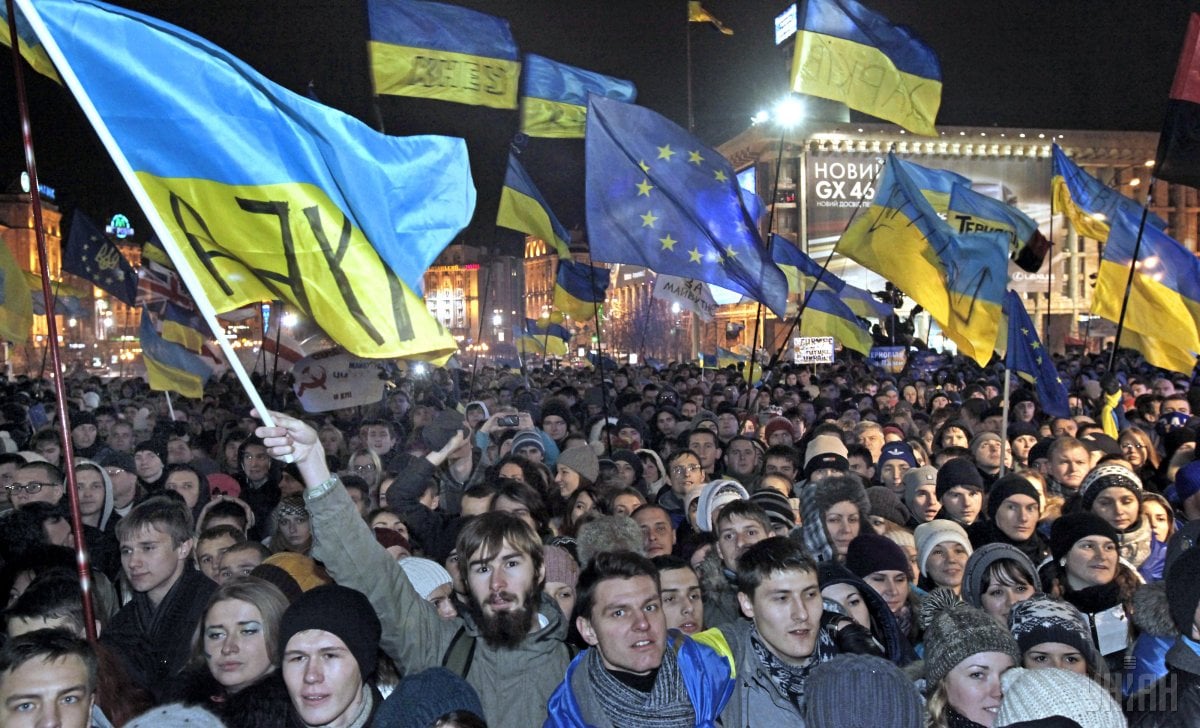 According to the article, on the one hand, Ukraine is engaged in an international donor-backed modernisation programme aimed at tackling corruption, reforming the economy and building the tenets required to establish a system of good governance. On the other hand, resistance to change from a number of interests is contributing to a pushback which threatens to undermine the country's reform programme which has been steadily implemented under the Poroshenko-led government since the Maidan protests in 2014.

All of this is taking place against the backdrop of an ongoing conflict in the east of the country between pro-Russian separatists and Ukrainian government forces, highlighting a quagmire that the country's leaders must navigate in 2018, the article says.

According to the author, while growth in Ukraine weakened in 2017 amid a trade blockade with the east of the country affecting mining and electricity production, the economy is forecast to continue growing steadily at a rate of around 4% real GDP growth in the medium term, according to the World Bank. This represents a successful turnaround from the economic malaise Ukraine witnessed immediately after the 2014 Maidan protests and beginning of the conflict in eastern regions.

It is reported the economic modernisation programme backed by the International Monetary Fund (IMF) and other donors continues to act as an effective instrument in steering the country along a roadmap of reforms. Ukraine's ratification of the Ukraine-EU Association Agreement in September 2017 – the deal which led to tensions that sparked the Maidan protests in 2014 – is indicative of the progress made in recent years.

The analyst says the Association Agreement grants Ukraine greater access to the EU market, making it more attractive to foreign investors than in previous years. And a recently introduced visa liberalisation programme for Ukrainians with biometric passports also allows travel within the EU's Schengen area for up to 90 days without a visa, further strengthening ties between the EU and Ukraine.

Read alsoWorld Bank: Ukraine's economy may grow 3.5% in 2018However, while significant progress has been made in modernising the country and aligning it to common European norms and values, the past year has also illuminated a number of inherent challenges which stand in the way of the continued progress desired by reformists in and outside of the country, Celer stressed.

Corruption remains a debilitating problem that threatens to undermine the reform progress made in recent years. While the country has made strides in tackling the issue since 2014, for instance through the creation of anti-corruption institutions such as the National Anti-Corruption Bureau and implementation of initiatives to increase transparency, recent events highlight the complex environment and hurdles that reformists must navigate to ensure Ukraine does not backtrack on the progress made in recent years.

According to the analyst, as the country nears elections in 2019, powerful interests from Ukraine's 'old' system are jostling for influence and "seeking retribution against anti-corruption actors." Unless the government bolsters its anti-corruption drive through increased judicial reform and the establishment of an independent anti-corruption court demanded by the IMF, the cracks from within could widen, threatening Ukraine's political stability in the medium-term.

According to the results of the latest opinion data collected by Dalia Research, the president's ratings remain low – hovering at around 20%, while trust in the country's judicial system decreased from 29% to 22% between November and December 2017. This highlights the population's growing frustration with the government's lack of progress in implementing reforms, particularly with regards to ensuring independence in the country's judicial system. These issues already contributed to a flare-up of protests in 2017.

Read alsoIMF’s Lagarde, Poroshenko to discuss Ukraine reform for allocating another aid trancheThough far smaller than the Maidan protests in 2014, low-scale violence erupted between authorities and protesters at a rally near the Parliament building in Kyiv in October 2017, prompting localised disruption. Further such rallies are likely to continue this year, with the risk of protests growing larger should the government fail to adhere to its reform mandate.

A failure to adhere to the reform demands of donors such as the IMF almost certainly presents a risk to the country's financial stability as this could delay the disbursement of a tranche of loans from a $17.5 billion IMF-funded aid programme, Celer said.

"2018 will, therefore, present the Poroshenko administration with the greatest challenges of his current term. Weathering the storm will require sharp political manoeuvring, adherence to public and donor demands to see through its modernisation programme and balancing relations between Russia on the one hand, and the EU and U.S. on the other. This would be a tall order for any government, but particularly in Poroshenko's case, it's not clear that he has the political capital or public support to achieve it," Celer added.

If you see a spelling error on our site, select it and press Ctrl+Enter
Tags:Ukraineinstabilityrisk