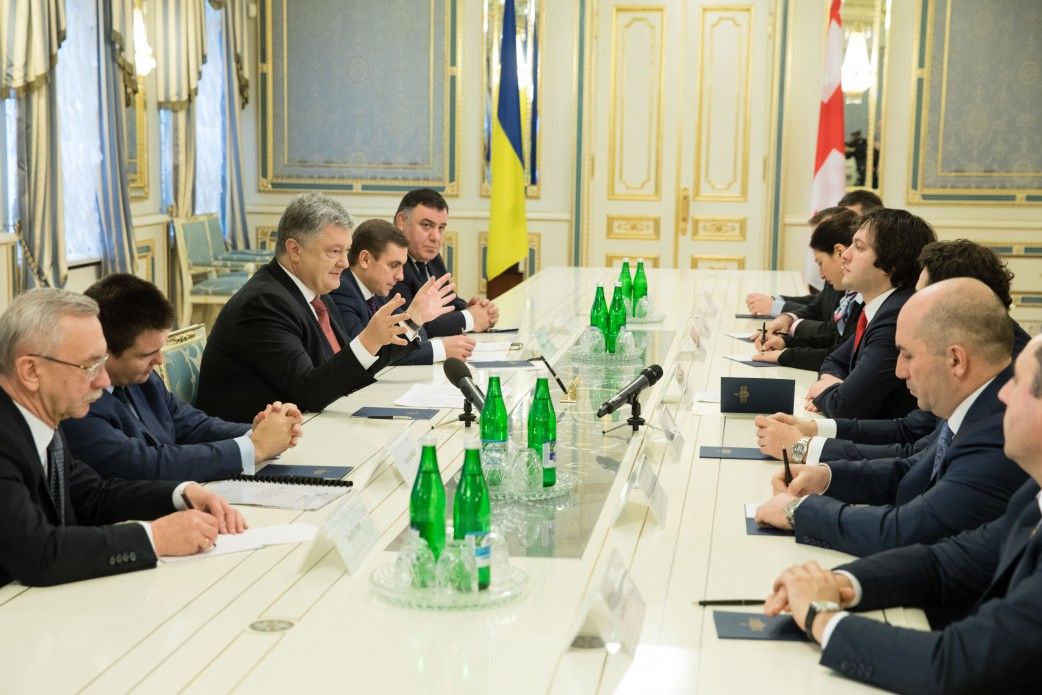 The Head of State emphasizes that the mechanism of sanctions against Russia is now being improved and the Georgian party can join the process.

“This will help draw greater attention and stimulate Europe to continue sanctions against Russia. We can add Georgian component for South Ossetia and Abkhazia,” the President said.

The parties noted the importance of implementing the Declaration on the Establishment of Strategic Partnership between Ukraine and Georgia signed during the Ukrainian President’s state visit to Georgia in July 2017.

Read alsoMEPs back new Eastern Partnership format for Ukraine, Georgia and MoldovaThe parties confirmed mutual support for sovereignty and territorial integrity of the two countries. President Petro Poroshenko expressed gratitude to the Georgian side for the opportunity for the wounded Ukrainian warriors and their families to undergo rehabilitation in Georgia.

In turn, Chairman of the Georgian Parliament Irakli Kobakhidze noted that the Georgian delegation in Ukraine was pretty representative. “Such a high level demonstrates our special interest in cooperation between Ukraine and Georgia. Our countries have a positive dynamics of bilateral cooperation. We are convinced of broad prospects for the enhancement of our political and economic cooperation,” he stressed.

Read alsoRussia uses unrecognized Transnistria to bypass EU sanctions – Ukrainian MPThe parties discussed the celebration of the 100th anniversary of the establishment of diplomatic relations between the Ukrainian State and the Democratic Republic of Georgia that will take place on July 4, 2018.

If you see a spelling error on our site, select it and press Ctrl+Enter
Tags:PoroshenkoUkrainesanctionsRussianAggressionGeorgiaSouthOssetia