The judge later adjourned the hearing and scheduled the next one for February 16. 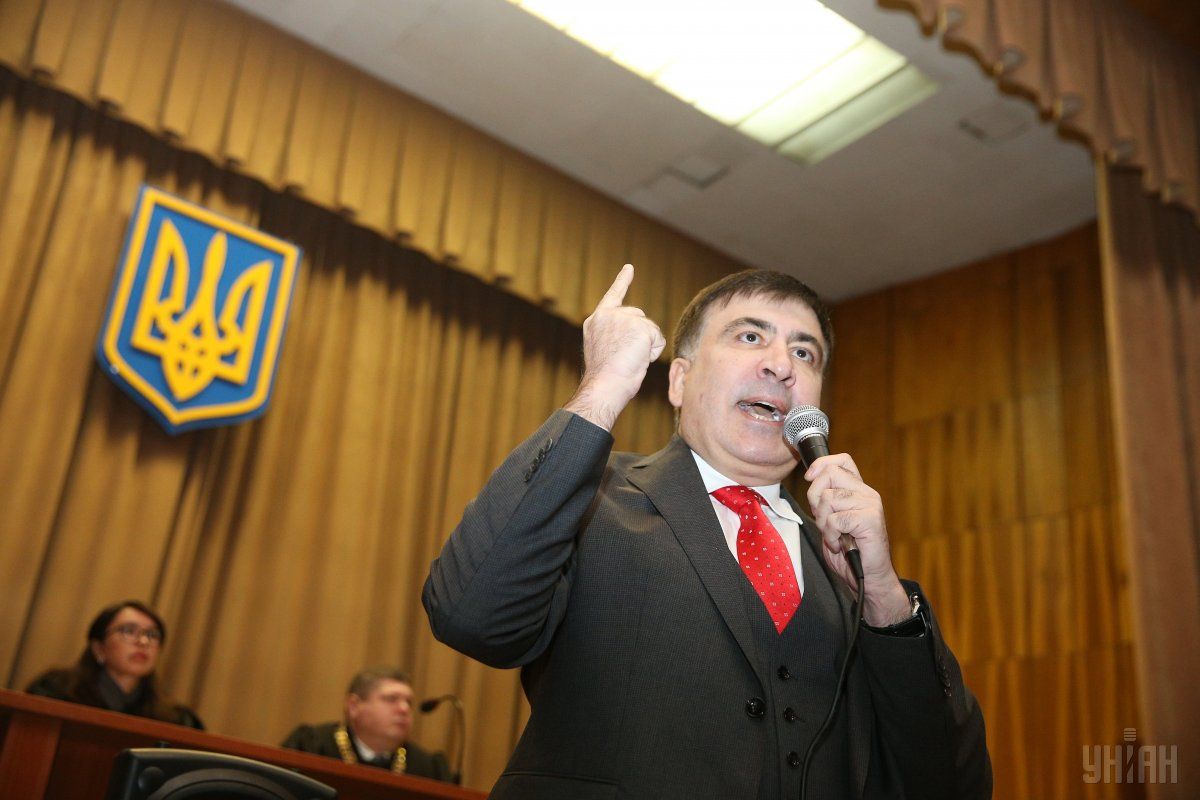 Opposition politician Mikheil Saakashvili was in Ukraine's Supreme Court on January 29 to seek the restitution of his Ukrainian citizenship, which was revoked by President Petro Poroshenko last year.

Supporters of Saakashvili chanted "Shame! Shame! Impeachment! Impeachment!" after an appeals panel judge rejected the fiery former Georgian president's motion to invite Poroshenko to the hearing to testify, according to Radio Liberty.

The judge later adjourned the hearing and scheduled the next one for February 16.

Saakashvili, who is also a former governor of Ukraine's Odesa region, wants the court to rule that Poroshenko's July 2017 decree ordering his citizenship revoked was illegal. He contends that the move violated international conventions and Ukrainian law.

President of Georgia from 2004-13, Saakashvili lost his citizenship in 2015 when he accepted Ukrainian citizenship and took the Odesa post at the invitation of Poroshenko – an acquaintance since their university days in Soviet-era Ukraine.

Saakashvili resigned as governor in November 2016, accusing the government of undermining his efforts to fight corruption and carry out reforms.

Read alsoKyiv appeals court places Saakashvili under house arrest for every nightHe has become an outspoken opponent of Poroshenko, who came to power after Moscow-friendly President Viktor Yanukovych fled amid massive protests known the Euromaidan in 2014.

They also claim that anti-Poroshenko protests led by Saakashvili in Ukraine are part of a Russian plot against the government in Kyiv.

Saakashvili has denied all the charges, calling them "absurd" and politically motivated.

Ukrainian police on December 5 attempted to arrest Saakashvili, but his supporters surrounded the police van where he had been kept and managed to set him free.

He was again detained three days later, but a judge on December 11 turned down a request by prosecutors to place him under house arrest.

On January 26, a court in Kyiv imposed a curfew on Saakashvili by placing him under house arrest every night from 10 p.m. to 7 a.m.

Saakashvili also faces pressure from the government in Georgia. On January 5, a Tbilisi court found him guilty of abuse of power – ruling that he tried to cover up evidence about a 2006 murder case – and sentenced him in absentia to three years in prison.

He has also dismissed those charges as politically motivated.