Kholodnytsky says such court has long been a must. 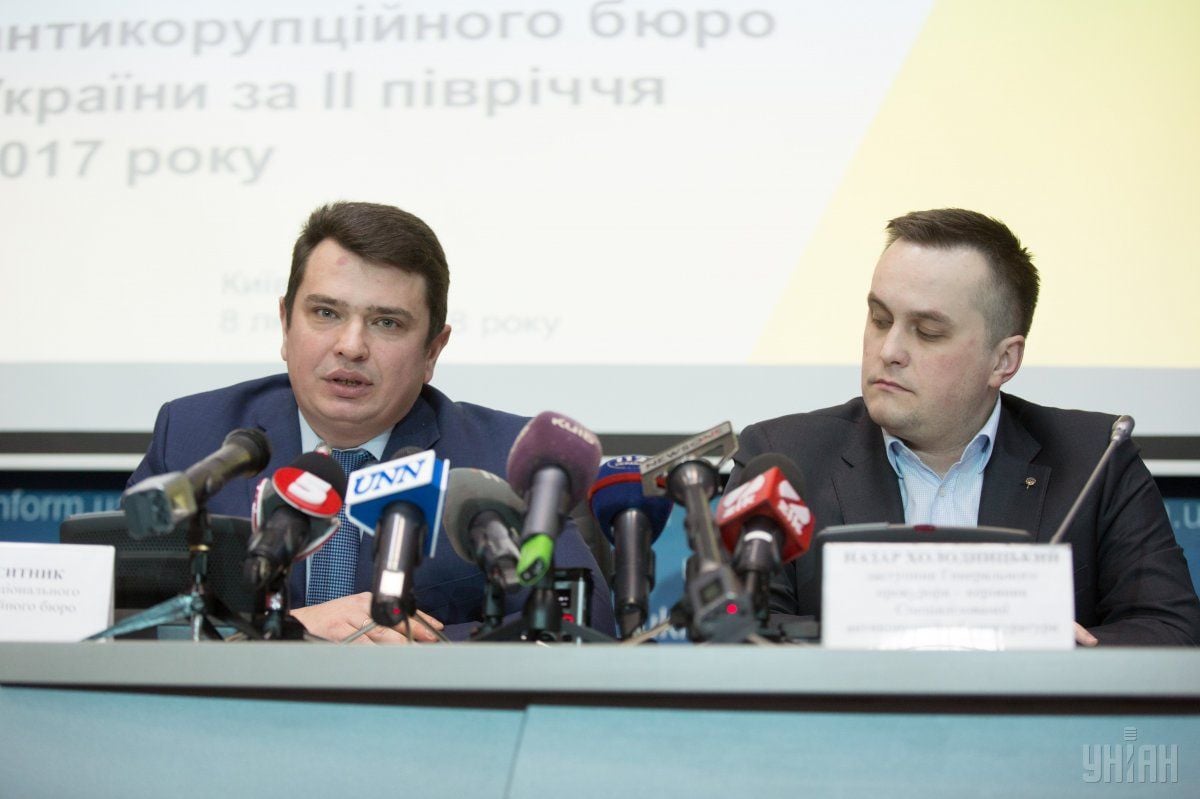 "The primary issue we are concerned about the most is the creation and start of operations of the anti-corruption court. World practices have proved that this court is indeed required. I'm not such an optimist as [Director of the National Anti-corruption Bureau of Ukraine (NABU)] Artem Serhiyovych [Sytnyk] and I see the pace of voting for and consideration of the relevant bill. Unfortunately, knowing the Ukrainian realities, I'm afraid that this court will not be able to start functioning in 2018," Kholodnytsky told a joint press conference in Kyiv with Artem Sytnik Feb 8, according to an UNIAN correspondent.

Read alsoAsset declarations reform in Ukraine under threat - NABU director"I can draw such a conclusion based on the [judges’] competitive selection system. Contests for posts in the High Anti-Corruption Court will probably be more complicated than those in the Anti-Corruption Prosecutor's Office, when we selected only four out of 300 candidates at the third selection stage. Let's imagine the situation with the selection of judges. This is the time that we’re short of," he said.

According to Kholodnytsky, the court has long been a must.

As UNIAN reported earlier, on December 22, 2017, President Petro Poroshenko submitted to Parliament a draft law on the High Anti-Corruption Court. The head of state also registered a draft law on amendments to the law "On Judicial System and the Status of Judges" in connection with the adoption of the law "On the High Anti-Corruption Court". Both bills are identified as urgent. In addition, the parliament has registered alternative bills submitted by deputies [Nos 7440-1, 7440-2, 7440-3, and 7440-4].

Public organizations and Ukraine's international partners, including the International Monetary Fund, criticized the presidential bills because of their inconsistency with the recommendations of the Venice Commission, in particular, in ensuring the independent process for the selection of judges.

On February 7, the Verkhovna Rada Committee on Prevention and Combating Corruption recognized presidential draft law on the High Anti-Corruption Court No. 7440 as appropriate for anti-corruption legislation and recommended its adoption in the first reading.

If you see a spelling error on our site, select it and press Ctrl+Enter
Tags:UkraineKholodnytskyAntiCorruptionCourtSytnyk