Yanukovych imagines how he signs law on Russian language

Leader of the Party of Regions says that in the case of electing him as a President he will do everything in order the Russian language become the second state language in Ukraine.

V. Yanukovych said this on the air of the Oblast State television radio company of Odessa.

He underlined that he wants to answer to Prime Minister of Ukraine Yulia Tymoshenko, who made a statement in Lviv that the Russian language has not to be the second state language.

V. Yanukovych underlined that 226 votes are needed in order to adopt the draft law on giving the state status to the Russian language, and “it is necessary that the President sign this draft law by this hand (at the same time his demonstrated his right hand with a pen, hinting that if he is a President of Ukraine he will sigh this law – UNIAN)”. 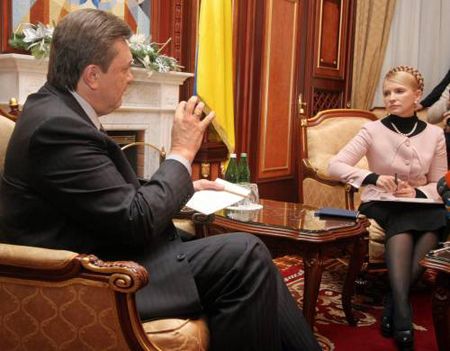