All doubles are eliminated – Lutsenko 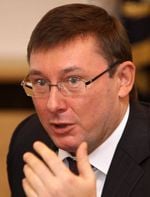 Interior Minister of Ukraine Yuri Lutsenko believes that lists of voters at coming presidential election will be more qualitative and more “clear” than it was at previous election.

According to an UNIAN correspondent, he said this at the news conference in Donetsk today.

The Minister also reminded that forming of lists of voters is a competence of the Central Electoral Commission.

According to the words of Y. Lutsenko as of today “we have revealed enough doubles, people, who were more than two times in the lists”. “Their names are removed from the lists thanks to new computer technologies”, said the Minister, having referred to information from the CEC.