Herman: Yanukovych knows well what injustice in militia like is 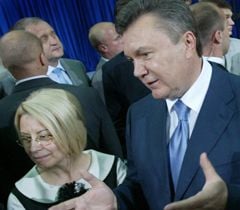 Deputy head of Administration of President Hanna Herman does not believe that 19-year-old student died having fallen in the Shevchenko District Department of Internal Affairs. She said this during the chat at Korrespondent.net.

She said: “Frankly speaking I do not believe that he died after having fallen”. “It is rather difficult to persuade me probably as well as you in this version. That is why it is important to punish the guilty as severely as possible”, she added.

H. Herman underlined that President of Ukraine Victor Yanukovych controls this situation and “his reaction was immediate, but he needs help here”. According to her words, “the President knows about situation, about what injustice in militia like is, about court unfairness, he knows this from his personal life, and I believe that he will not allow it to take its course”. “But we should help him”, added Hanna Herman.