More than 30 thousand people take part in the protest action against adoption of the Tax Code near the Verkhovna Rada of Ukraine.

According to an UNIAN correspondent, organizers of the action announced such data through loudspeakers. 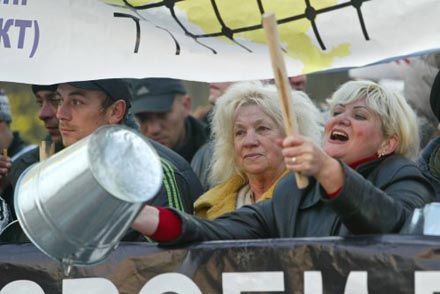 They noted that, according to last data, more than 30 thousand participants of the rally officially registered as of now. But people continue coming and organizers note that the number of participants will reach about 50 thousands.