Today , at 19.20 pm lawmakers from the Party of Regions  burst into the session hall of the Verkhovna Rada of Ukraine through the doors of presidium and after rough scuffle occupied  the presidium, which has been blocked by the lawmakers from the “BYUT-Batkivshchyna” faction.

Some lawmakers from opposition were taken to hospital. 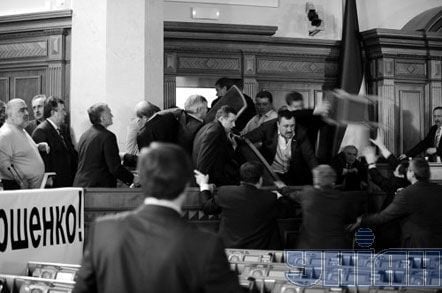 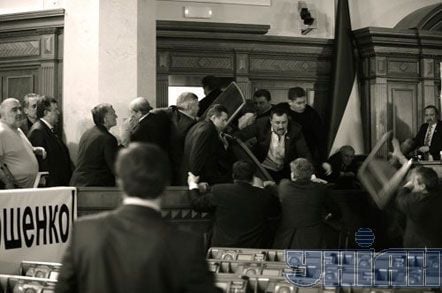 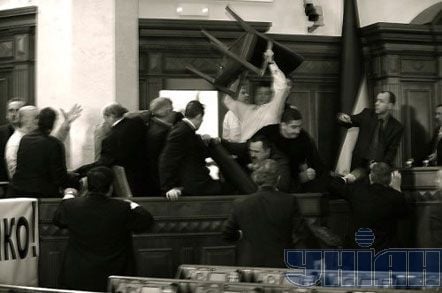 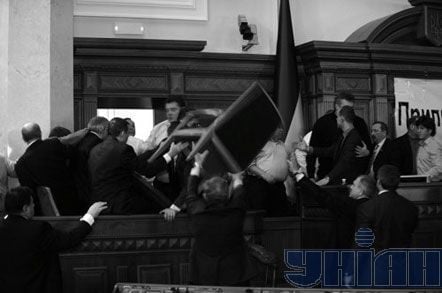 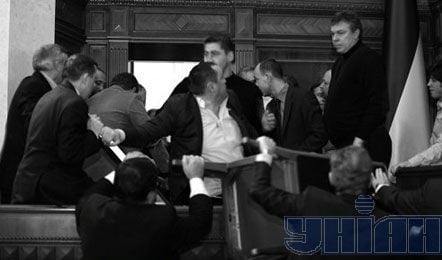 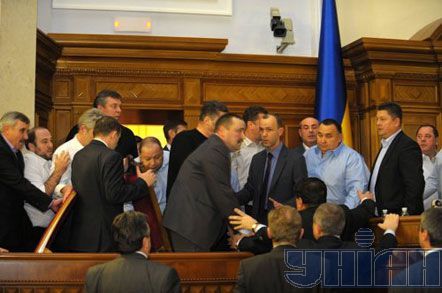 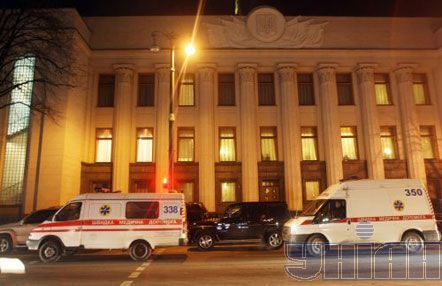 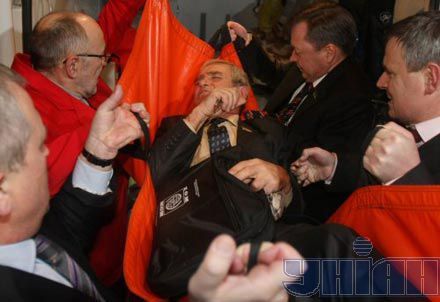