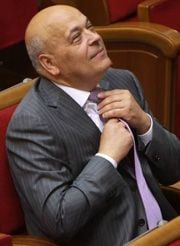 G. Moskal stresses that in most cases victims of criminals are children.

“Statistics conspicuously shows that “professionals” run the Ukrainian militia. So, Minister Anatoliy Mogilyov lies through his teeth while saying that the crime rate in Ukraine is normal”, said G. Moskal.