A scuffle between lawmaker of Ukraine Oleh Lyashko and First Vice Speaker Adam Martynyuk took place in the Verkhovna Rada of Ukraine. 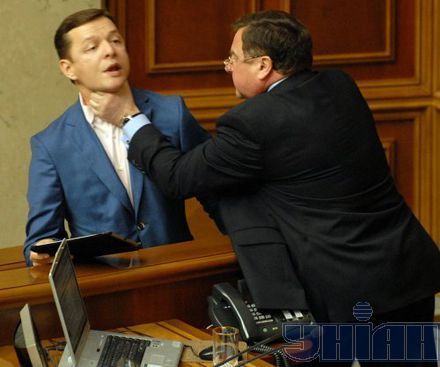 According to an UNIAN correspondent, the scuffle took place in the session hall of the Verkhovna Rada during a discussion of one of the issues when out-factional lawmaker O. Lyashko asked First Vice Speaker A. Martynyuk to let him deliver a speech.

A. Martynyuk refused to do this because in accordance with regulations O. Lyashko had not right to deliver a speech because he was not signed up in a list. 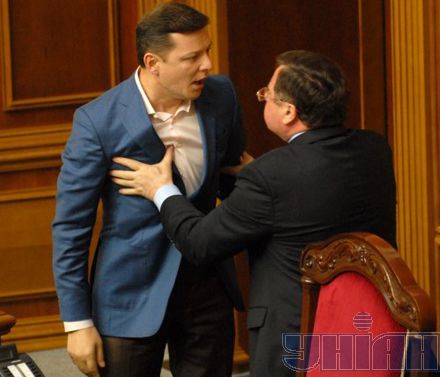 O. Lyashko started outraging A. Martynyuk, in particular he named him a Pharisee.

A. Martynyuk snatched O. Lyashko and threw him over doors to the presidium.

Lawmakers from the Party of Regions and the CPU run up to them and stopped the scuffle.