According to an UNIAN correspondent, designer Victor Fedyuk won the competition on designing of logo.

The logo, which will symbolize Lviv International airport, is connected tail parts of 5 airplanes resembling a crown “as a symbol of royal city Lviv”. 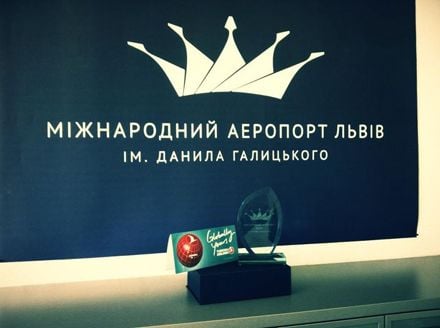 The picture is from the profile of Victor Fedyuk on Facebook